DISCLAIMER: All of the content below is heavily conceptual and may never be in the game. All Images and Text are stand-in. Please read this before taking the images out of context!

As we touched upon in the last Devstream, we've been working towards a big mid-year update since the beginning of this year. This update is scheduled to be released in the summer.

The features we're tackling are bigger and deeper than anything we've done before, so we've needed more time between updates. In the meantime, we are continuing to support Update 25 through incremental patches that will address short term game balance issues.

There are two main components to Update 26:

We aren't ready to reveal all of Update 26 yet, but we would like to start sharing some of the work that's being done on the map side of things in this blog post. Keep in mind that this is just a sneak peek at a fraction of what's to come. There's a lot more to share in the weeks ahead.

A little while ago, I had a few members of the community ask what I’ve been working on. They’d ask why there wasn’t any new lore. Why is adding and revising lore taking so long? You said you were doing it ages ago! It’s not like you have much going on, all the maps are done now, right? Not exactly. Max and I (along with the rest of the team) have been hard at work on some wild stuff for update 26 and we’re so excited to talk about some of it, that I’m going to give you a sneak peek on some of the map changes and additions coming to the world of Foxhole.

Let me preface all this by letting you know that I fully expect some will say, “well, Matt, why are you adding more maps to the game at all?” That sentiment makes sense. We are, however, not doing any of this in a vacuum and over the next couple weeks—on the dates Mark mentioned earlier—you’ll see how these pieces fit together. On top of that, anything I’m showcasing is still very much a work in progress and may not reveal all the elements involved. Some parts are obfuscated, so feel free to speculate away.

One thing that has been a thorn in my side since the inception of World Conquest is that the maps don’t fit together. A significant part of update 26 is going to attempt to address that. Let's take an early look at some of the changes.

Once the heart of the Caoivish empire, the Deadlands sit as a stark monument to the Great Wars. Strewn about the bones of this once great capital are several small villages, clinging hopelessly to life as the ever-present spectre of war looms across the land.

Deadlands has always been the most sacred map in Foxhole. Mark and I never wanted to touch it, because it worked so well as a singular, balanced map. It was our touchstone, our first complete understanding of Foxhole. Problem was, we extended the world around it without ever changing its dynamics as the game transformed.

So have a look. It’s quite different. Obviously, without town positions and things like that, you won’t see the full scope of changes. One part that is very obviously different is the River Mercy. I know this will throw a lot of people off, but the straight channel across the map was never all that intentional. It was more of a function of design that never worked the way we intended. More on that in the future. Either way, I'm excited to roll out the new Deadlands which has been the oldest map in the game. 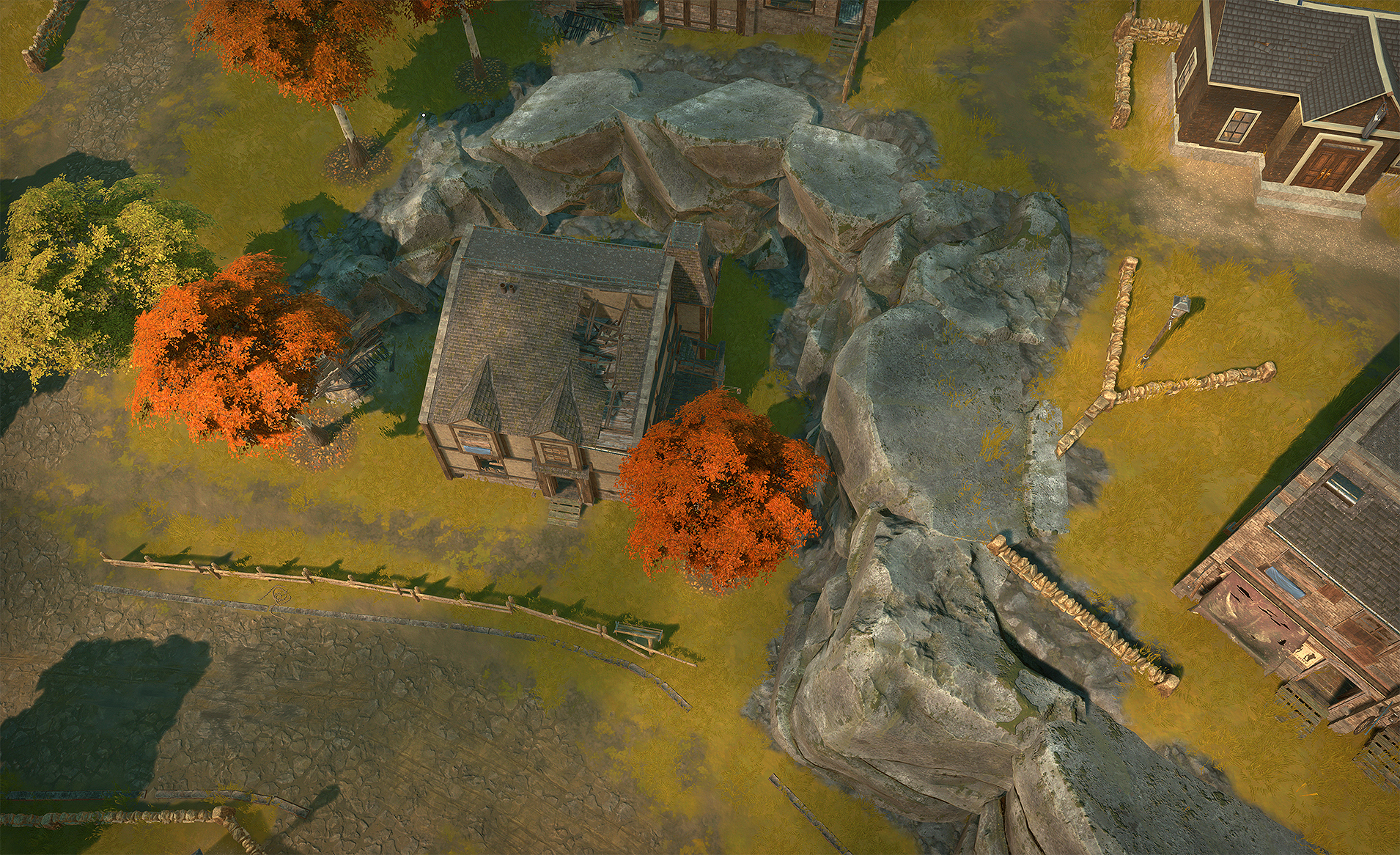 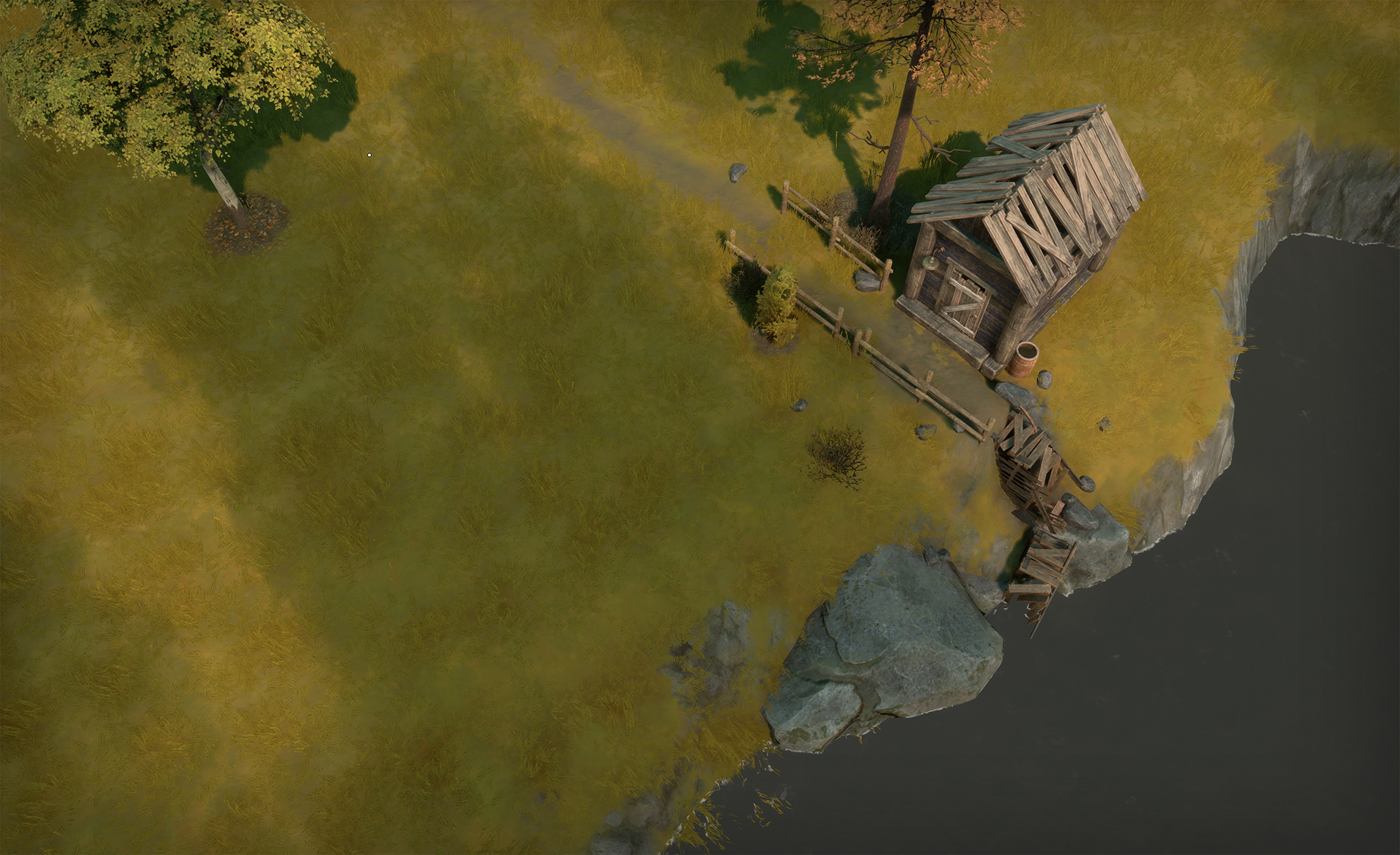 Next up, a new map: The Drowned Vale

These boundless wetlands span much of the eastern heart of Caoiva. An unfortunate consequence of the flooding of Deepfleet, this extension of the valley is a muddied mire filled with twisted wooden pathways and murky shallow waters.

Initial design for the Drowned Vale

Before we ever set out to design new maps for Foxhole, one of two things both Max and I wanted was a region that dealt very specifically with shallows. They've been missing from Endless Shore since it had to be opened up for boat travel; we felt it was time to bring them back. Thus we set out to build, a ‘swampy’ map. We changed course a bit to fit Foxhole’s theme and became inspired more by European wetlands.

Here’s some of the imagery used to conjure it up. 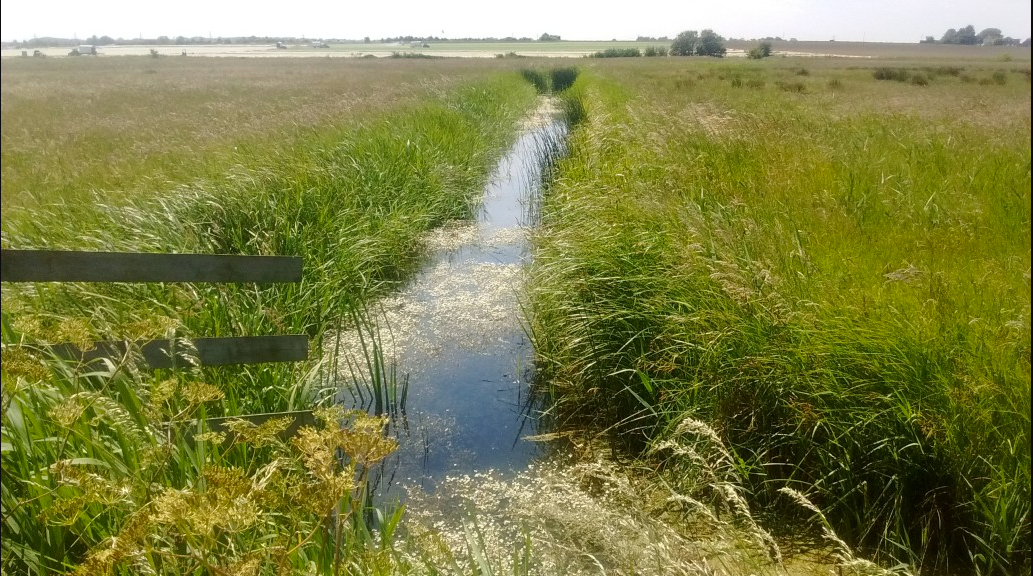 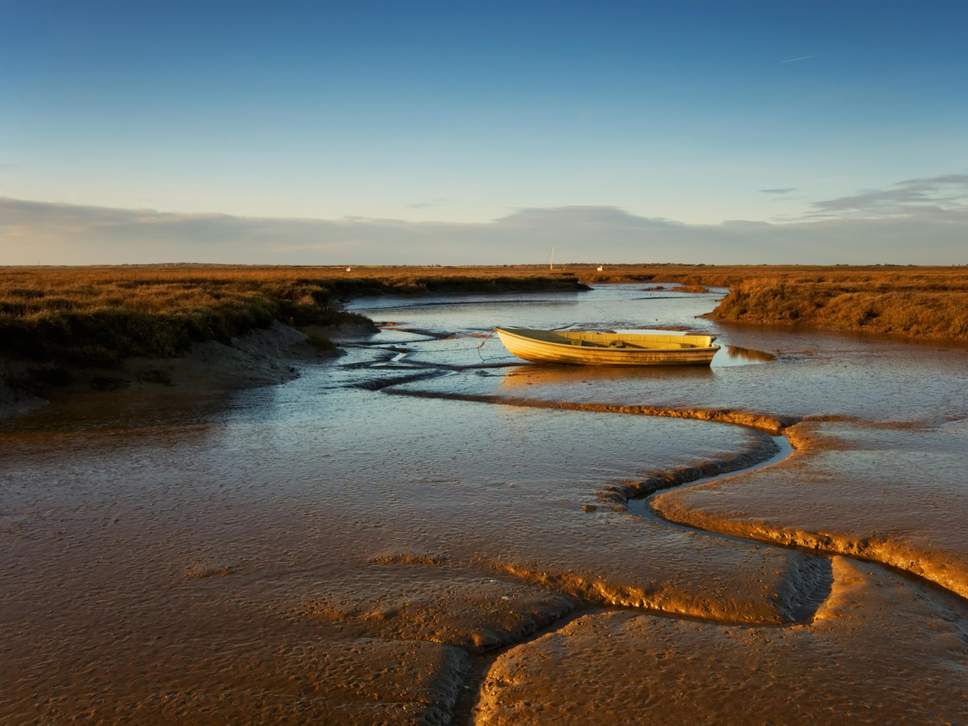 Beyond just integrating shallows into its identity, we wanted to provide a new set of textures and foliage. This allows for even more immersion as the world of Foxhole is large and you should be able to see different kinds of flora and atmosphere depending on where you are in the world. Here’s a little gander at some of that at work.

A sneak peek at Drowned Vale

Once an immense reservoir, Warden soldiers burst open the Lughbone Dam, turning it into a deadly, nefarious weapon; the Deepfleet Valley below was flooded, routing a vast armoured force. Thousands paid the toll as villages, homes, and entire communities were doomed to a watery grave.

The initial design for Marban Hollow

Marban Hollow is one of the more exciting additions to the game as far as I'm concerned. The second of those two things we really wanted was a map themed around a massive dam that had burst. In fact, we settled on this so long ago, we had some of the artists mocking it up long before anything was approved. It turned out to be worthwhile (and you might have noticed the bridges were updated a few updates back) as it got pushed all the way through. It's now coming to the game in update 26. 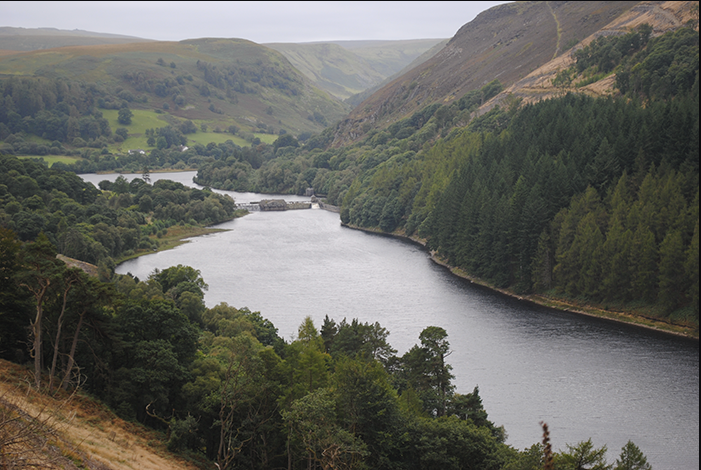 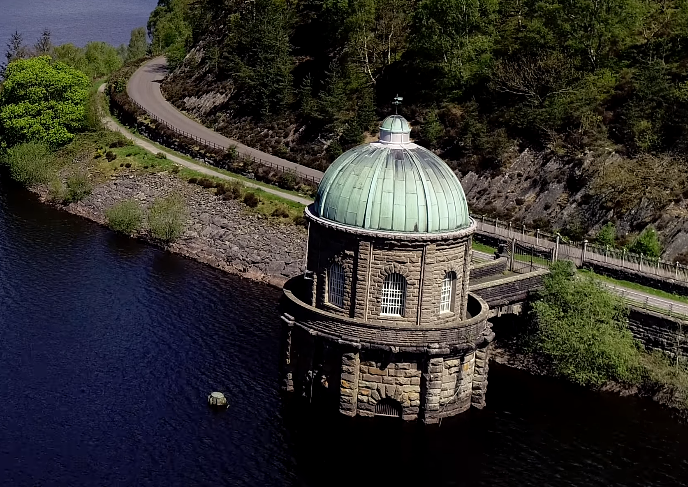 Marban hollow is a wide-open region with few towns and a tragic past. I know Max put a lot of work into conceptualizing the finer details. As I said before, this was one of our very first concepts for update 26 and we’re very excited to share more of it with you. 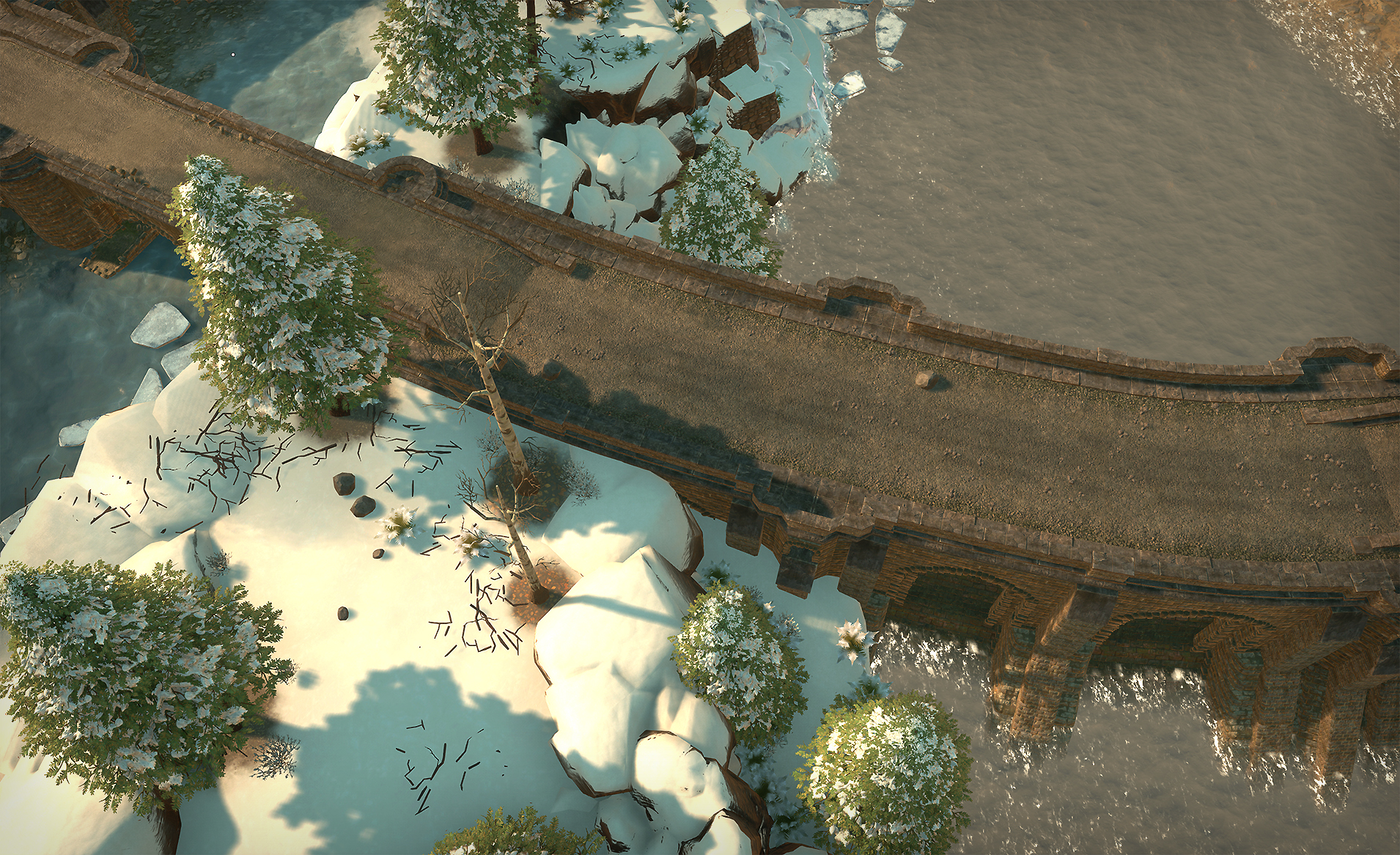 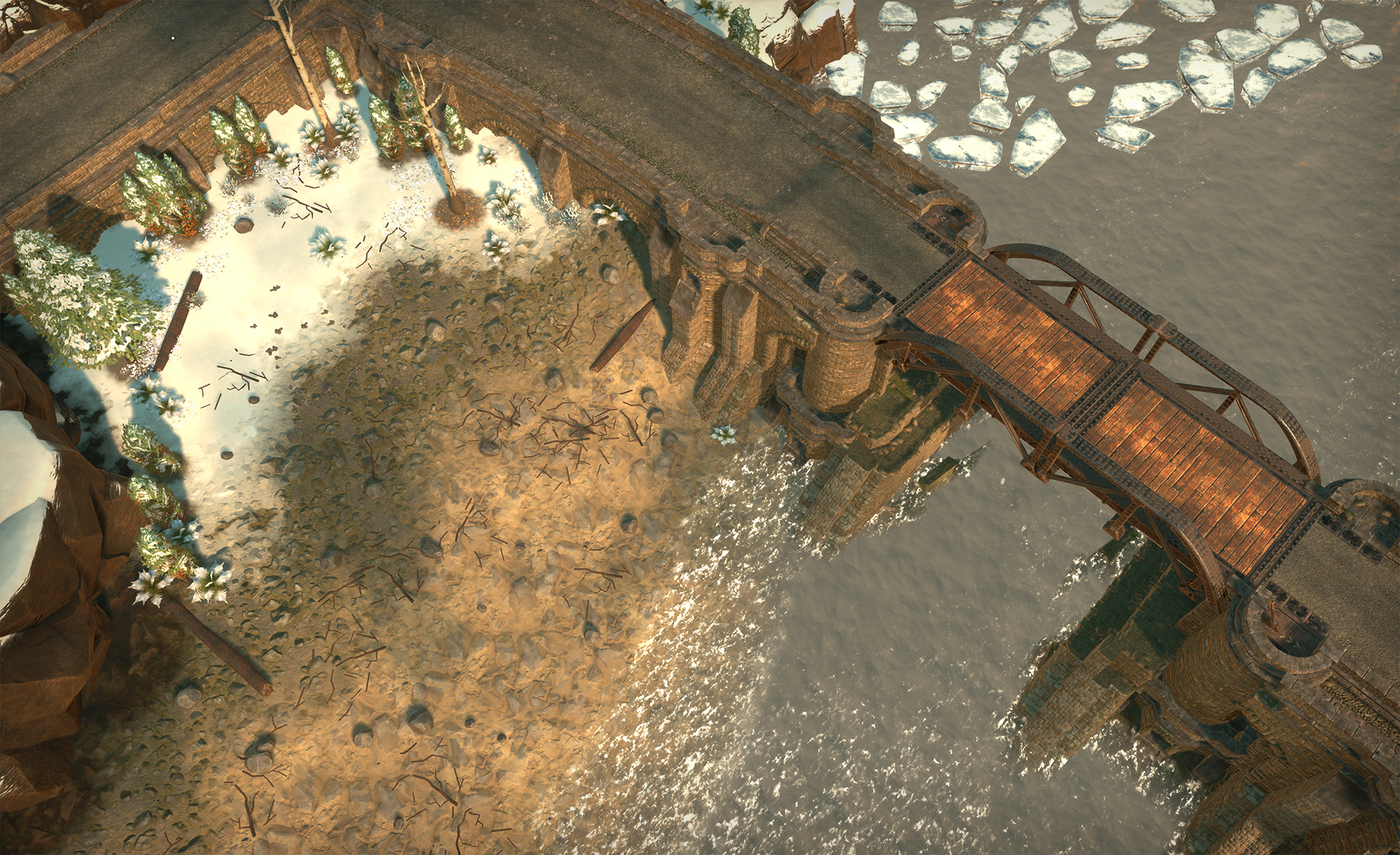 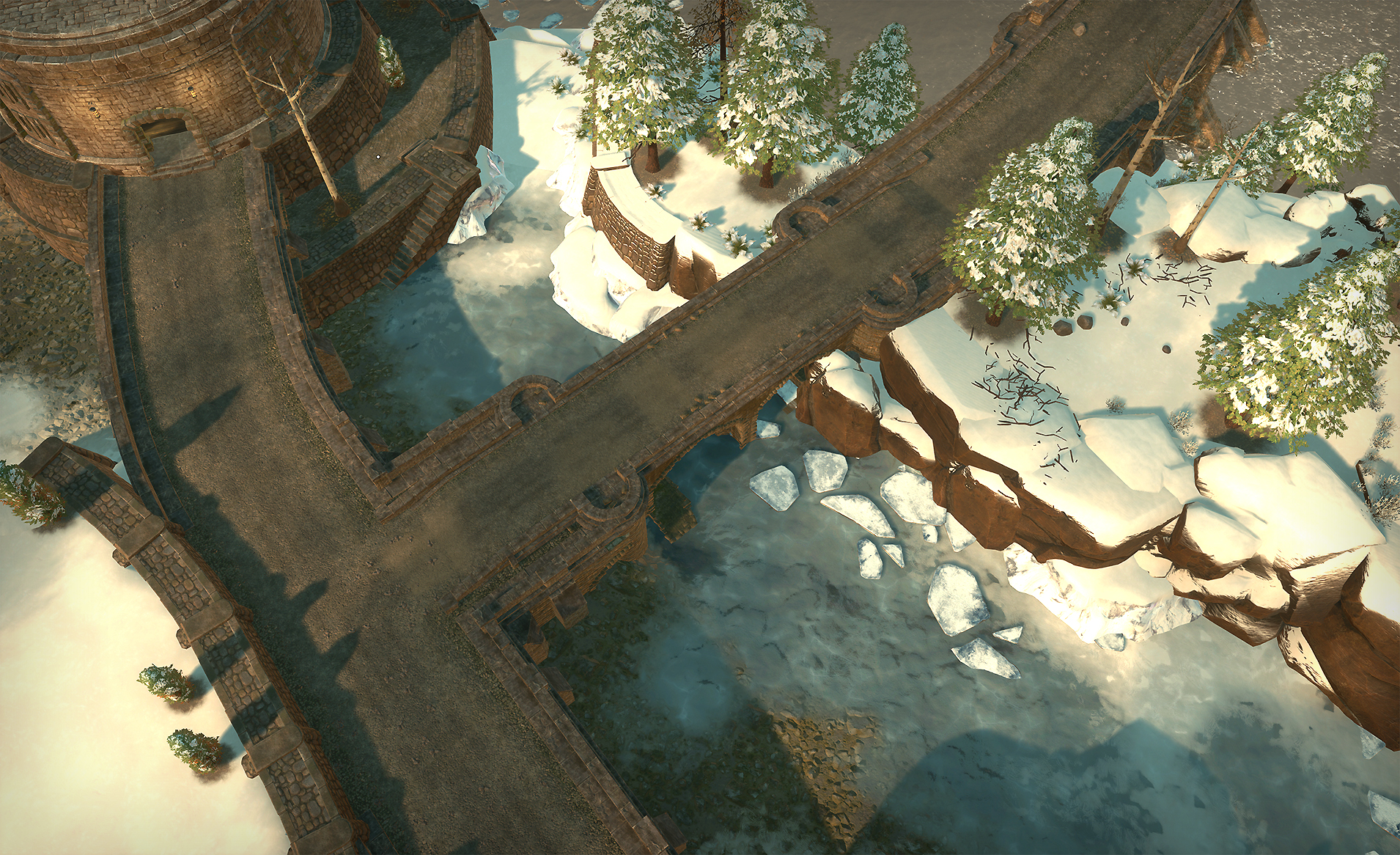 Before I go, I wanted to share a few small snippets about the integration of a few of those new village/varied garrisons we talked about on a stream a few months ago.

There’s going to be a bit more variety around the various towns in the game now, thanks to all the hard work Anthony did in building out these cool new houses which should feel a little more at home out in the boonies. 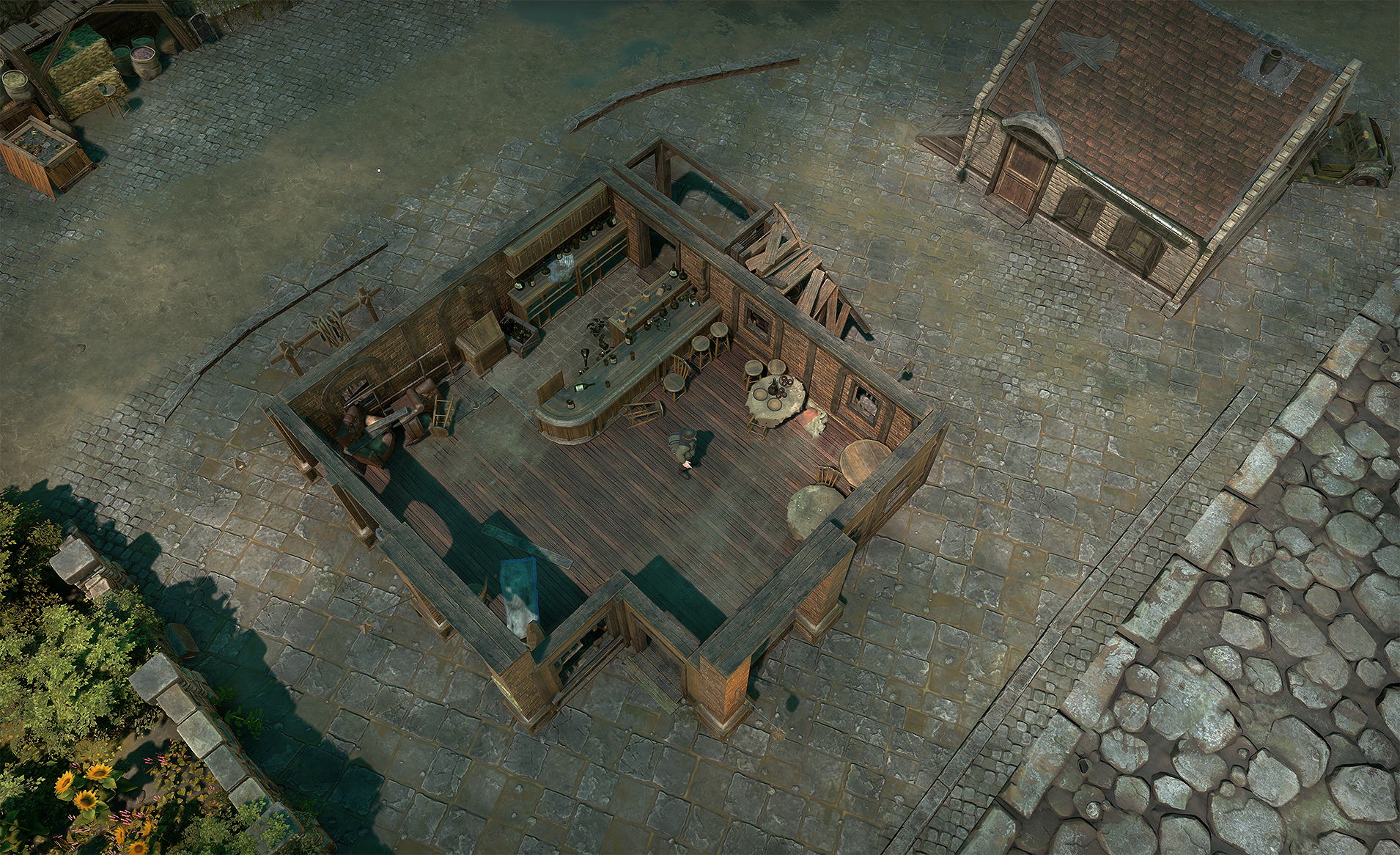 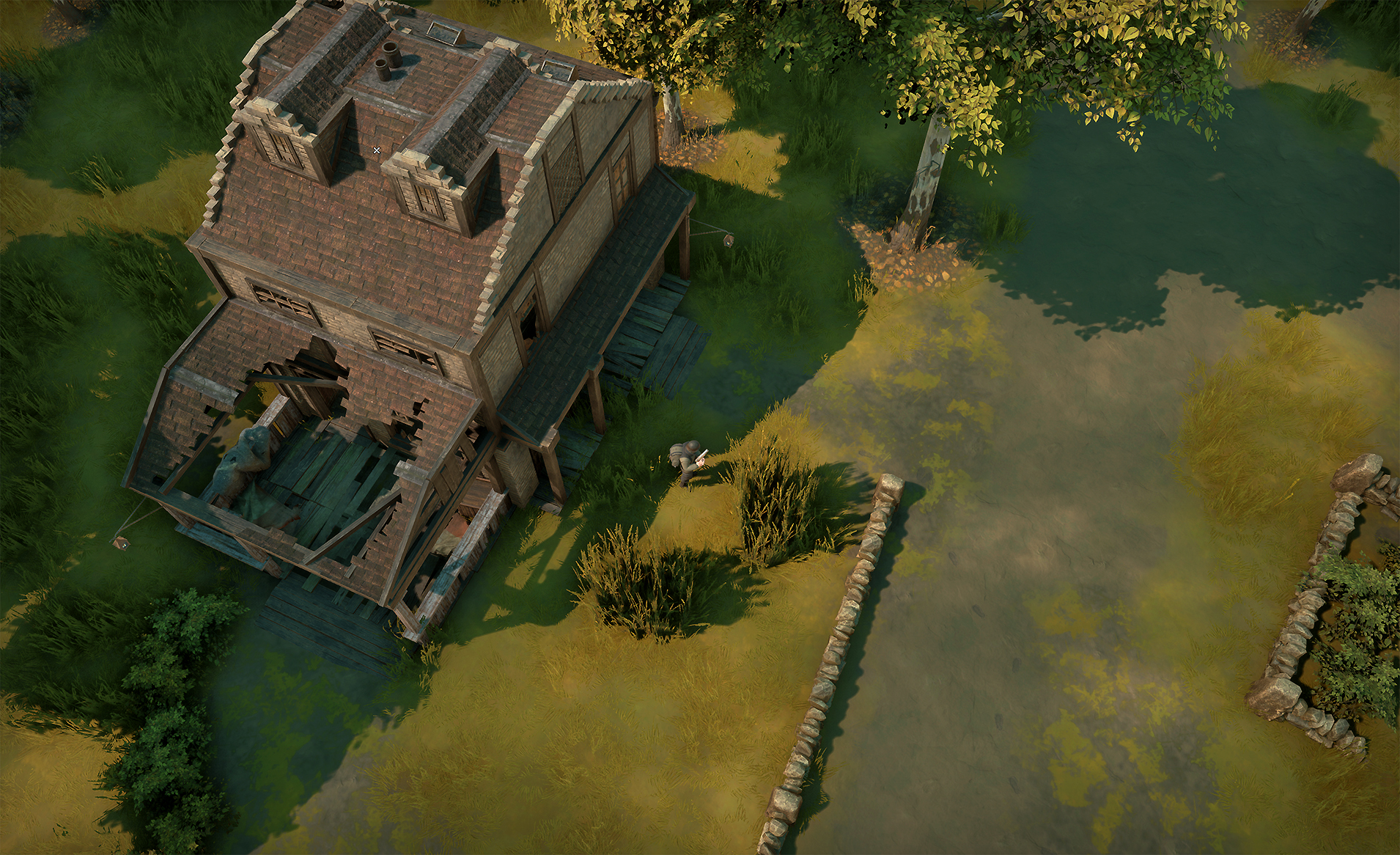 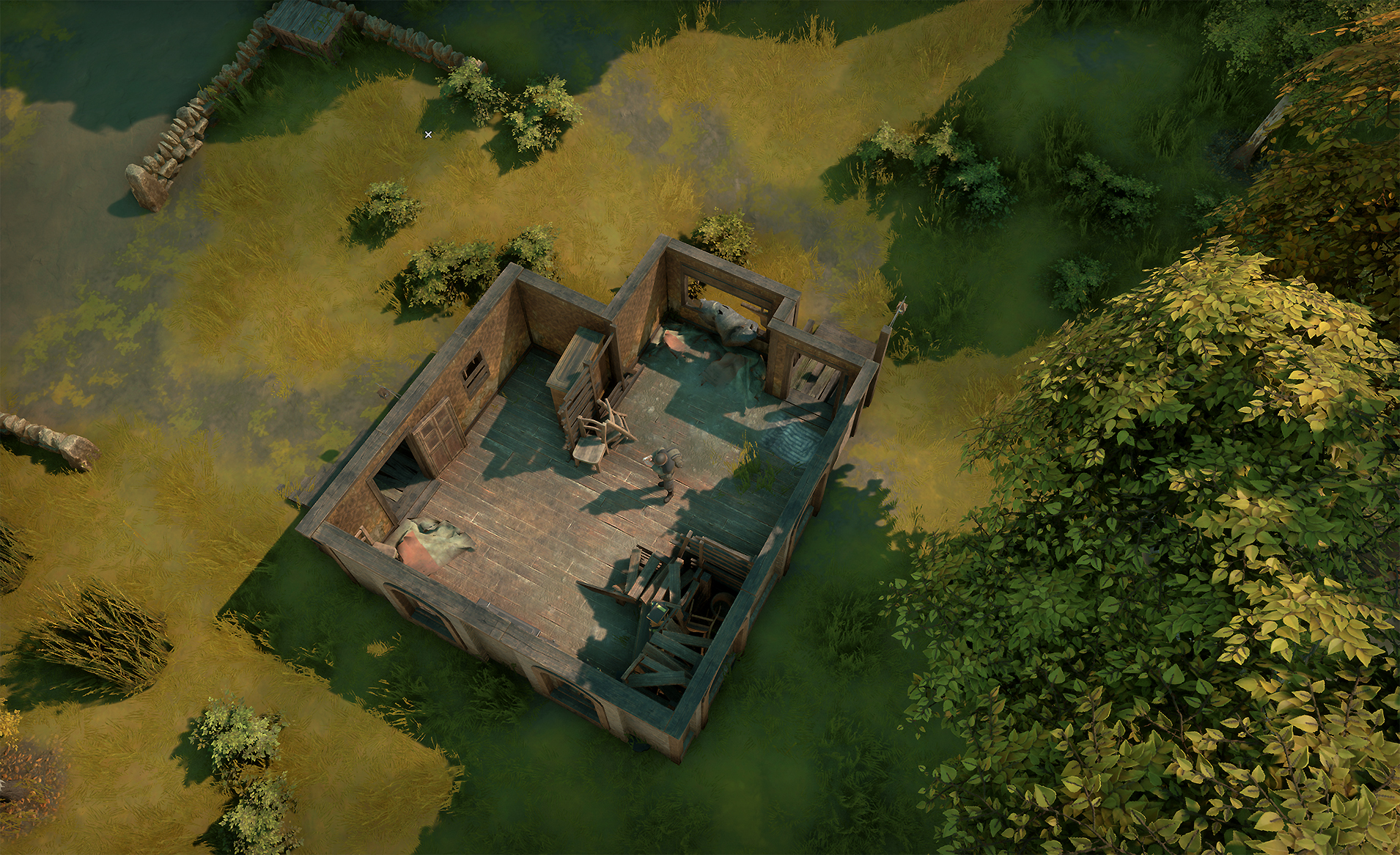 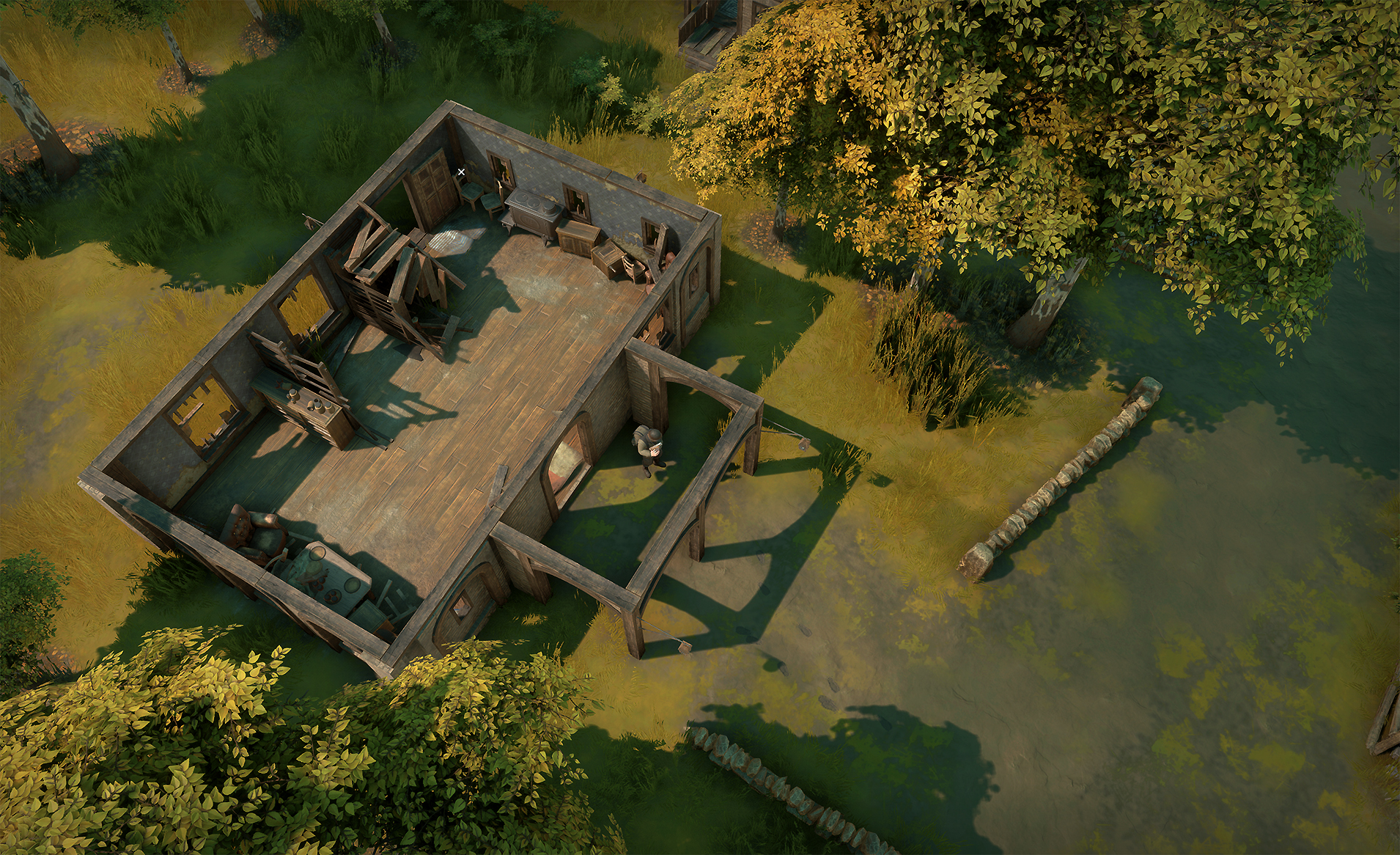 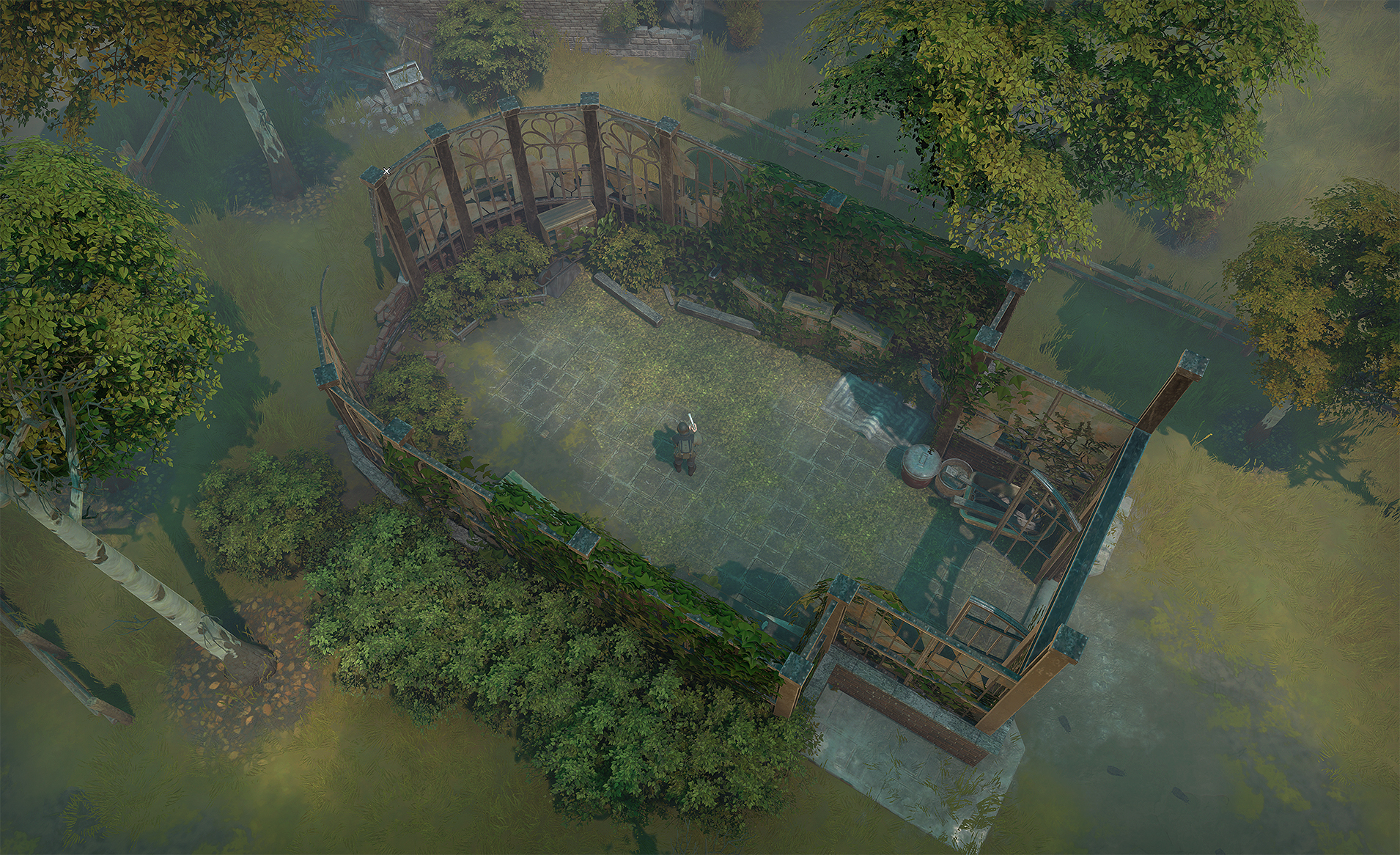 That’s it for now, folks. I’ll be back in a couple of weeks with a more in-depth look at what we’re working on, and how all this fits into the bigger picture of update 26. We’re literally bursting at the seams to show you more, but as they say, patience is a virtue.

That wraps up another Dev Blog. Be sure to check out our Foxhole Dev Stream for more information about upcoming features. If you have any burning questions you want answered be sure to tweet them to @Matt directly on Discord or Twitter, if your question gets selected it will be answered live on stream!