This Community Highlight actually covers 4 weeks of backlogged content instead of the usual 2 weeks because I went on vacation. This is deeply upsetting me because Community Highlights is going to be the first series of posts to reach 100, and the devblog is presently on #68. That means I'm now only ahead by 2 posts.

And one other tragic bit of news is that I've hit the maximum blog-post size. That's right. There's so much community content that I actually can't fit it into a single post anymore, so something has to get axed. But what? Anime is the obvious answer here--we could remove all anime from the Community Highlights post going forward and that would definitely free up some space.

But no. Against my better judgement I've decided to trim down on the videos a bit. There were over 30 videos to post this time around, but I'm going to start focusing a little more on the ones that really impress us, and the channels that are consistently putting out content. (Don't read too much into which ones got picked this time around. There were a lot of videos and I was already really crunched for space. It'll get better.

If we're the first to reach 100 I'm going to have a party. I'm not sure what kind of party but I guarantee it will be infinitely better than Deluxe Duck's WIRE PARTY. There'll be at least two kinds of cake. A pinata. And a giant inflatable unicorn pool floatie. Everyone's invited.

Content considered for this Community Highlights was submitted up until Monday, June 24, 2019. Note: We try our best to properly credit all community work, but once in a while we may make a mistake. Please let us know if anything is off and we'll make corrections as soon as possible.

On this website you can plan your logistics routes, deliveries, production schedules, and artillery positions. You don't even need a sign-in. It's definitely the most sophisticated Foxhole tool we've ever seen, and we owe Kastow a great debt of gratitude for organizing this and putting it together.

If you look closely on the left you can see HB's wig shoppe, with Matt's head resting on the window sill. This is amazingly detailed.

Check out Bogdan's concept art for a battleship! You can also see his artstation where he has a whole bunch of other neat concepts

Okay hang on a second here. I don't think bandaids were invented for this time period. Look at that forearm wound! If this were a real war she'd have bled to death. True fact.

In case you were wondering this was my face at seeing Sheita's image above.

Listening to music instead of PressCorps. This guy's not a true fan.

I dig the style. 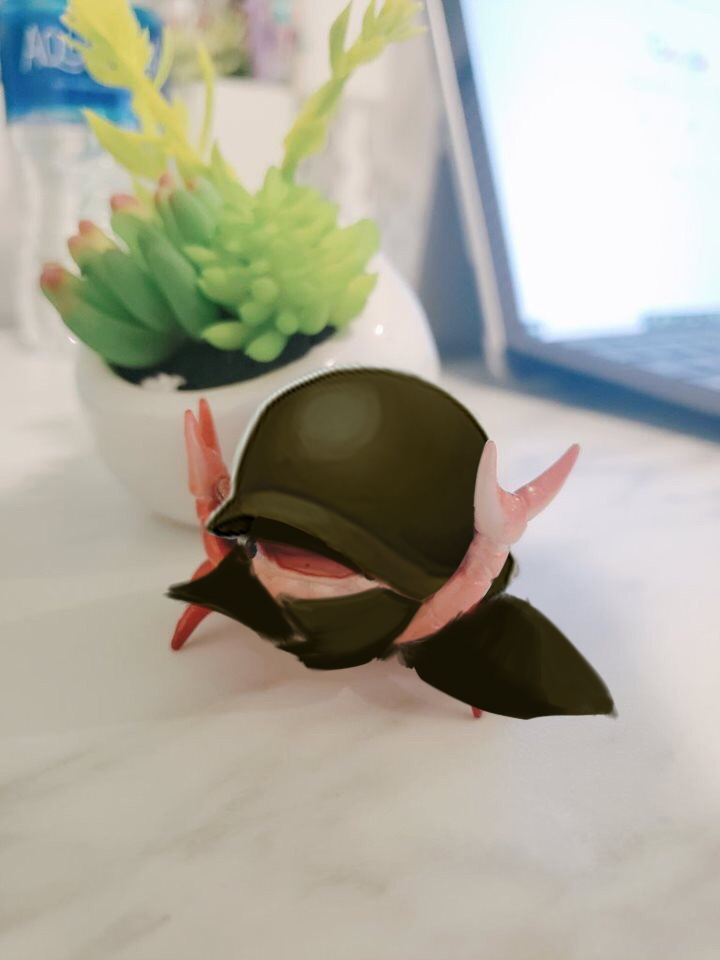 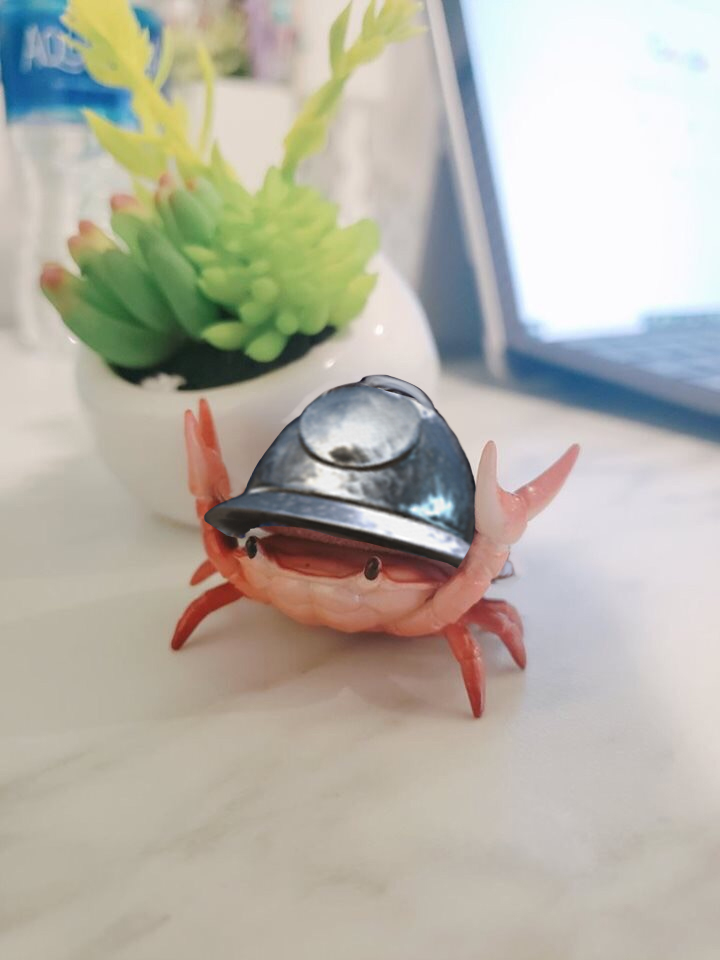 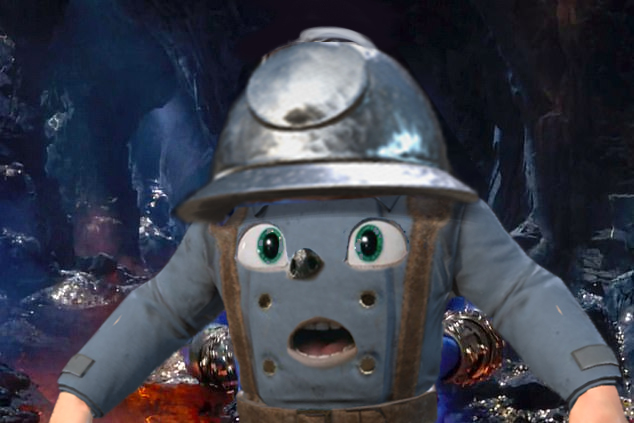 I really wish I knew the context for this. I'm sure there was a reason. It's Julian!

Well she looks way too happy for someone bleeding from her neck and eye.

This is really, really clean and neat. Superb style.

Ok guys, we need to have a word about lines and skirting them. (I said skirting, not the other thing.)

By: My man The Marx

I always love seeing art that isn't necessarily in the form of digital media. This kind of thing takes it to a whole different level.

When I first saw this I legit thought it was copied out of a WH40k rulebook. Really well done.

Submitted for the Art Contest, and still really good!

The dude. He's holding a knife. By the blade.

Really digging this look and feel.

The second image is the in-game lore piece that goes with this image. In case you were wondering. 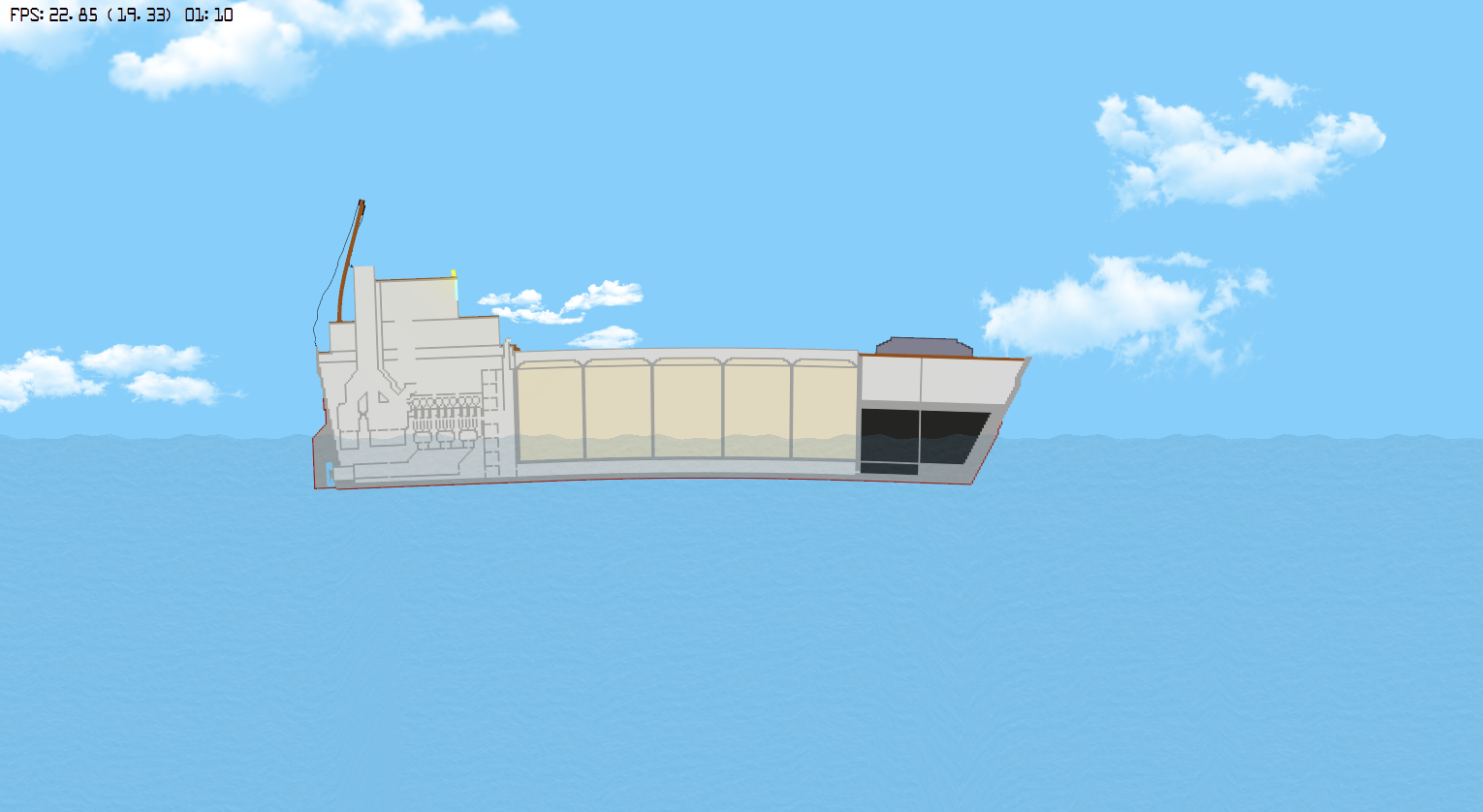 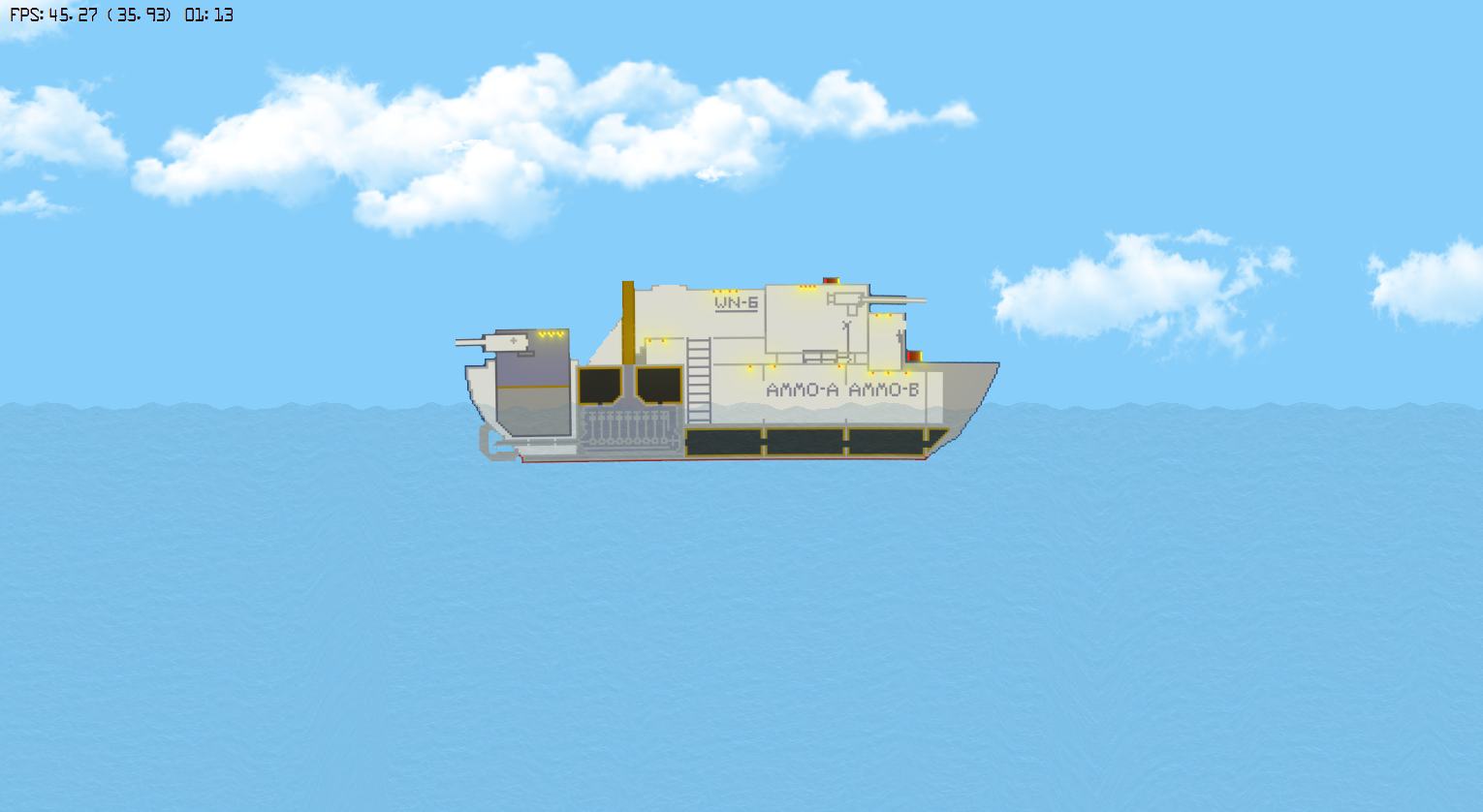 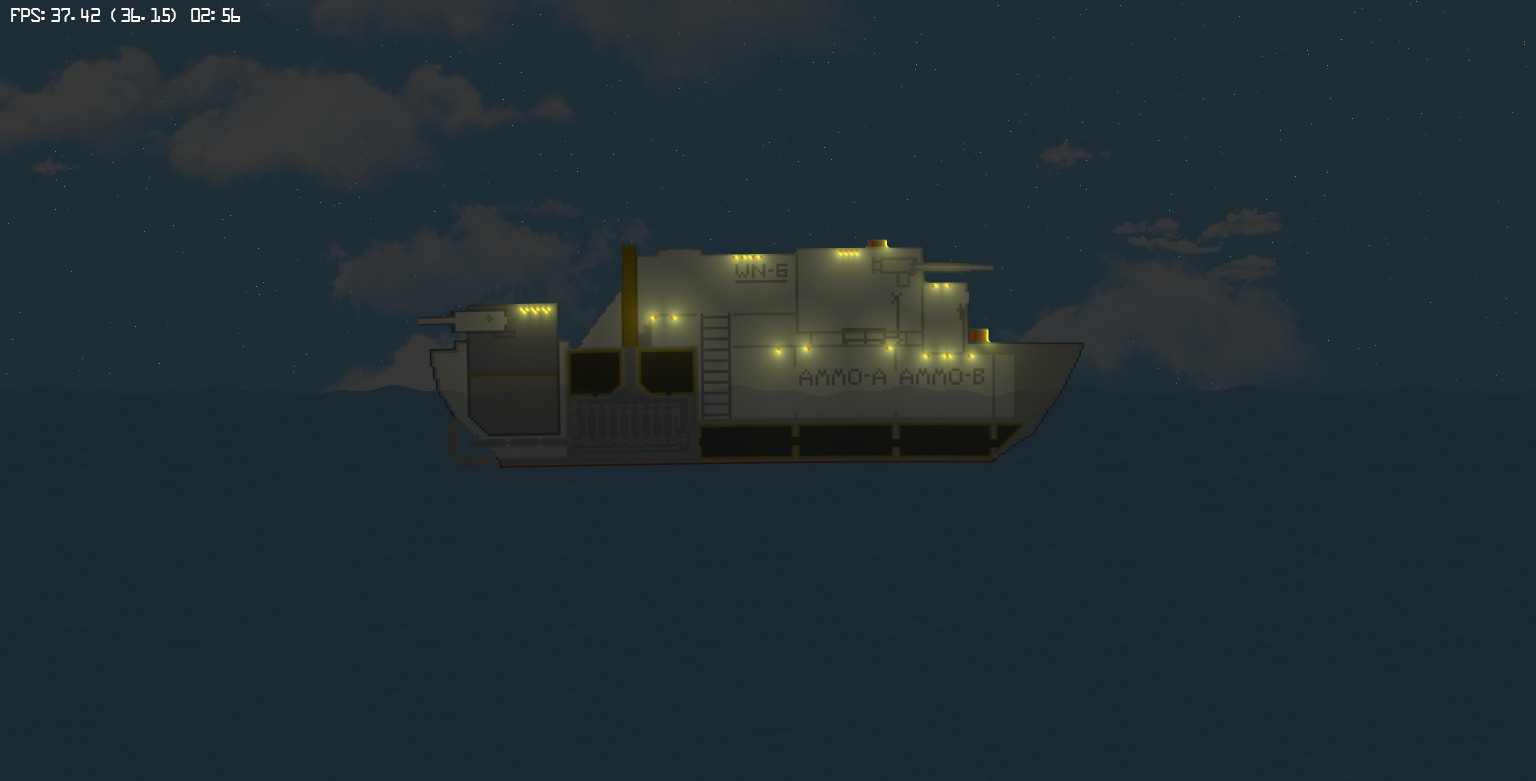 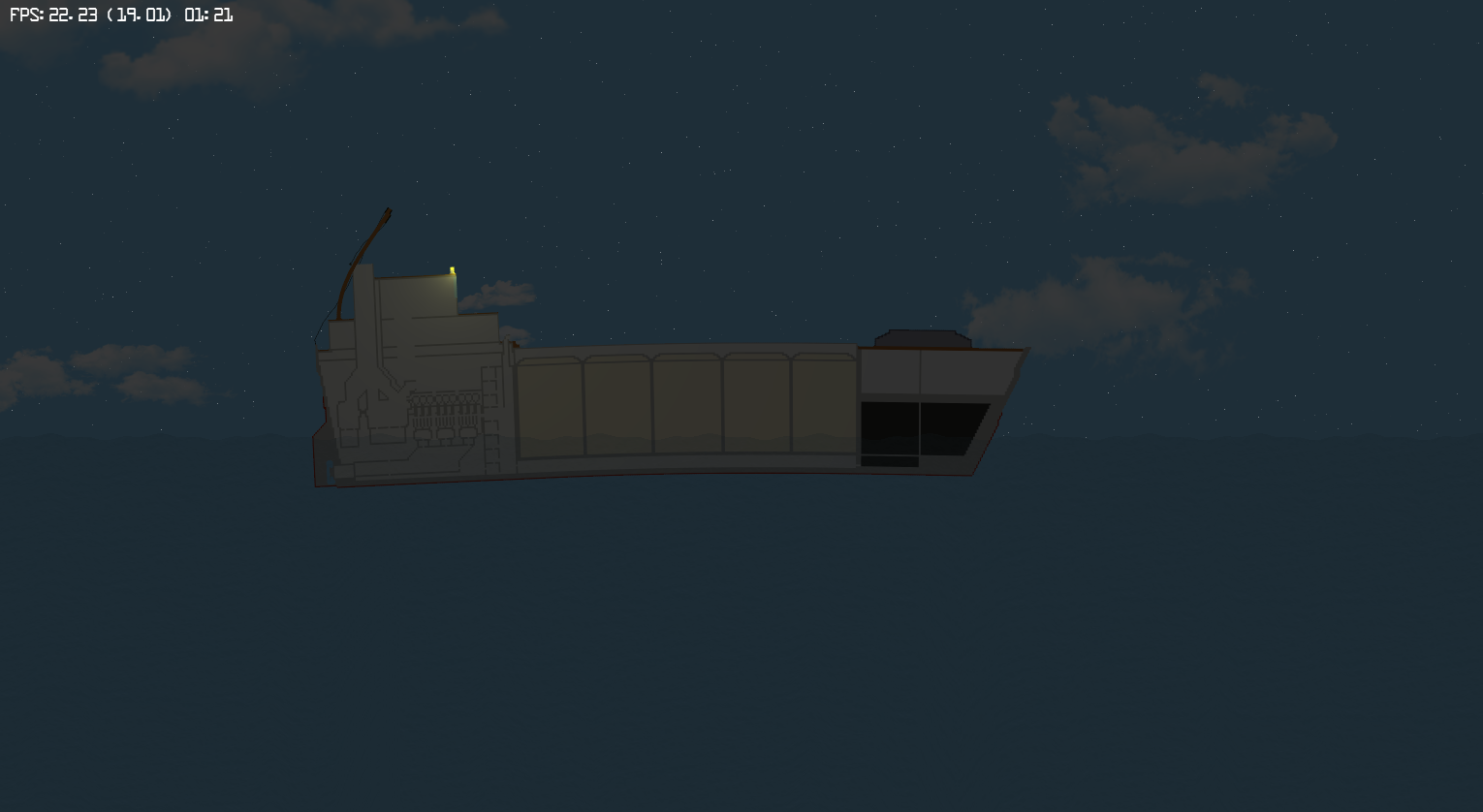 By: The Meth Man

I'd like to do this just once in my life; ride a freighter across the Pacific ocean. Just watch the stars as they sail on by. And endless horizon. And a mammoth friggin' boat.

Kaboom Doom is like the Warden equivalent of Thomas the Tank Engine.

Wait... occupation of Veli? So after the war, when we've won, right?

When the bandages wont stop the bleeding, morphine is there to ease their passing.

By: Rickery The Longbarnnes, also known as the "Scarlet Scarves" were a Caoivish regiment prominent in the Great Wars. They were mostly hailing from the region of the Moors. Where the old nation of Moornhaselfeld once situated, before being assimilated to the Caoivish Empire. The people of the Moors still embraced Moornhaselian tradition, not afraid to show their old culture, such as farming and agriculture. It was not until the Great Wars that the Moors had endured countless brutal warfare on their own soil. To the point that they realize that farming was impossible for the next century. It was until the formation of the Longbarrnes, named after their old capital, that they shown their ferocity and brutal nature. The regiment was specialized in trench raiding, mostly because their region only shown battles that involve trenches. Seeing that their land was brutalized and scarred forever, they showed no mercy to the invaders in the Great Wars. Their trench raiding was almost always successful, not achieved by stealth or silence, but by brutality and fast-paced advances. Due to this, they adopted a old Moorhaselian tradition where different colors of scarves the people wore, were based on their emotion. Blue for feeling calm, yellow for feeling happy, any color had their own distinction. But as for the scarlet, the color of boiling blood, was for rage.

I like how you gave up on the south-eastern shore. Indeed, the Colonial governments are so corrupt they need no names.

Janeza has been a dedicated contributor to the Community Highlights for months. It's not just the quality of his posts that makes him special, but the sheer quantity. I'm not just dedicating this section to him because he's awesome. I'm dedicating it to him because he had so many darn contributions that he could actually fill out the whole section.

Check out this girl's nice pair of... glasses.

Leave it to Maro to tell you to get to the front without telling you where it is.

I think I've posted this one before. But oh well! Cat ears and tail.

Frilly lace maid sleeves is not suitable combat attire for a... berzerker, axewoman?

Oooop, nope. I see it now. You're trying to sneak Saber into my Community Highlights. Nice try. I'm on to you.

That's niiice. Real nice. If I cold name this one I'd call it Bushwookie.

The taking of Weathered halls, circa about 20 minutes ago (as of this writing)

The look of defeat. Practice it well, you'll need it soon. 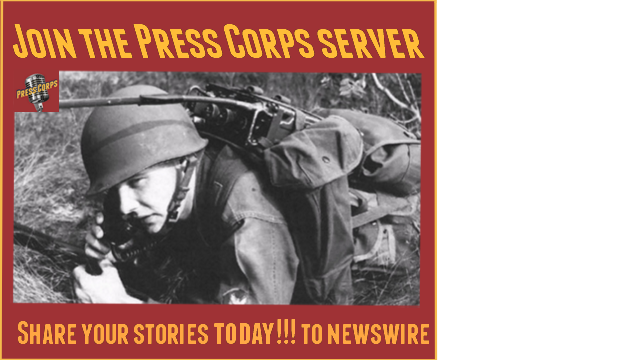 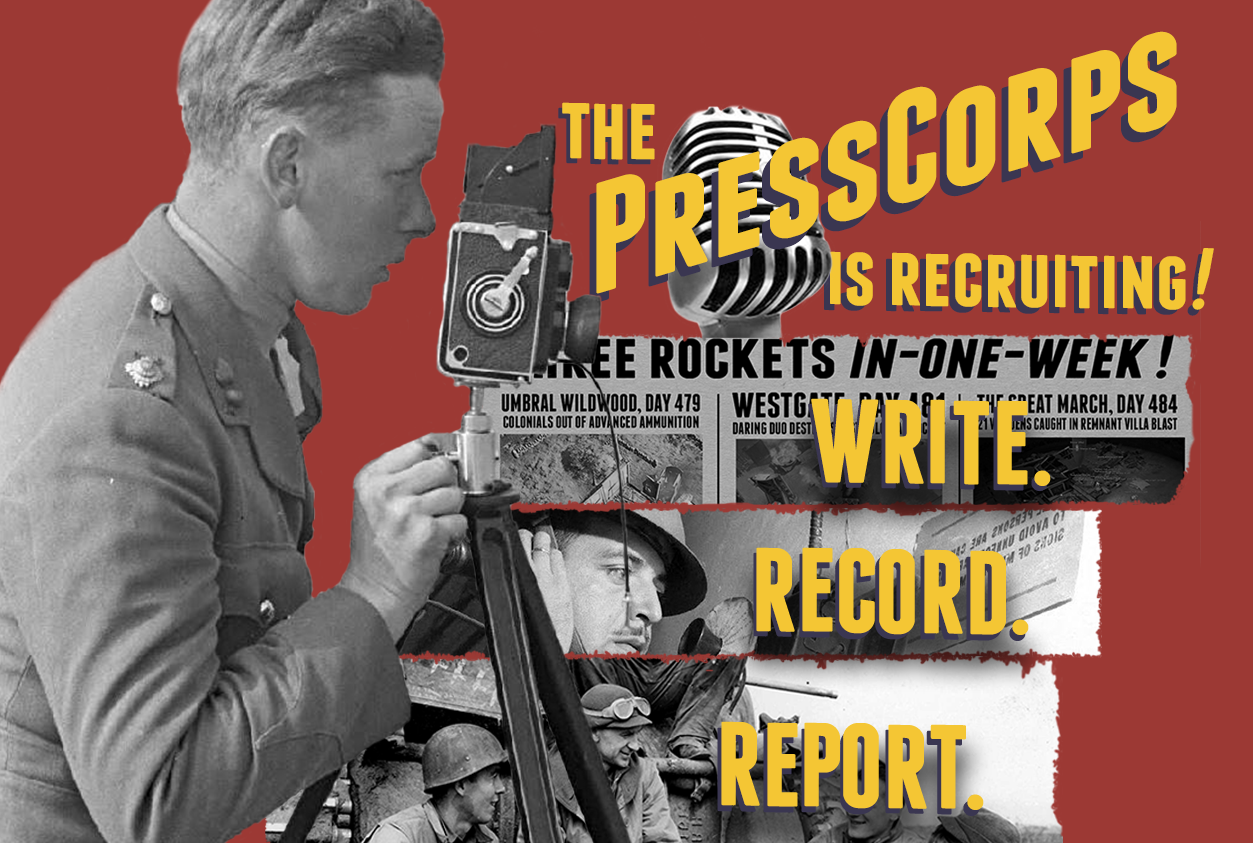 This covers the most recent war. Maan that world looks good in black-and-white (figuratively speaking) 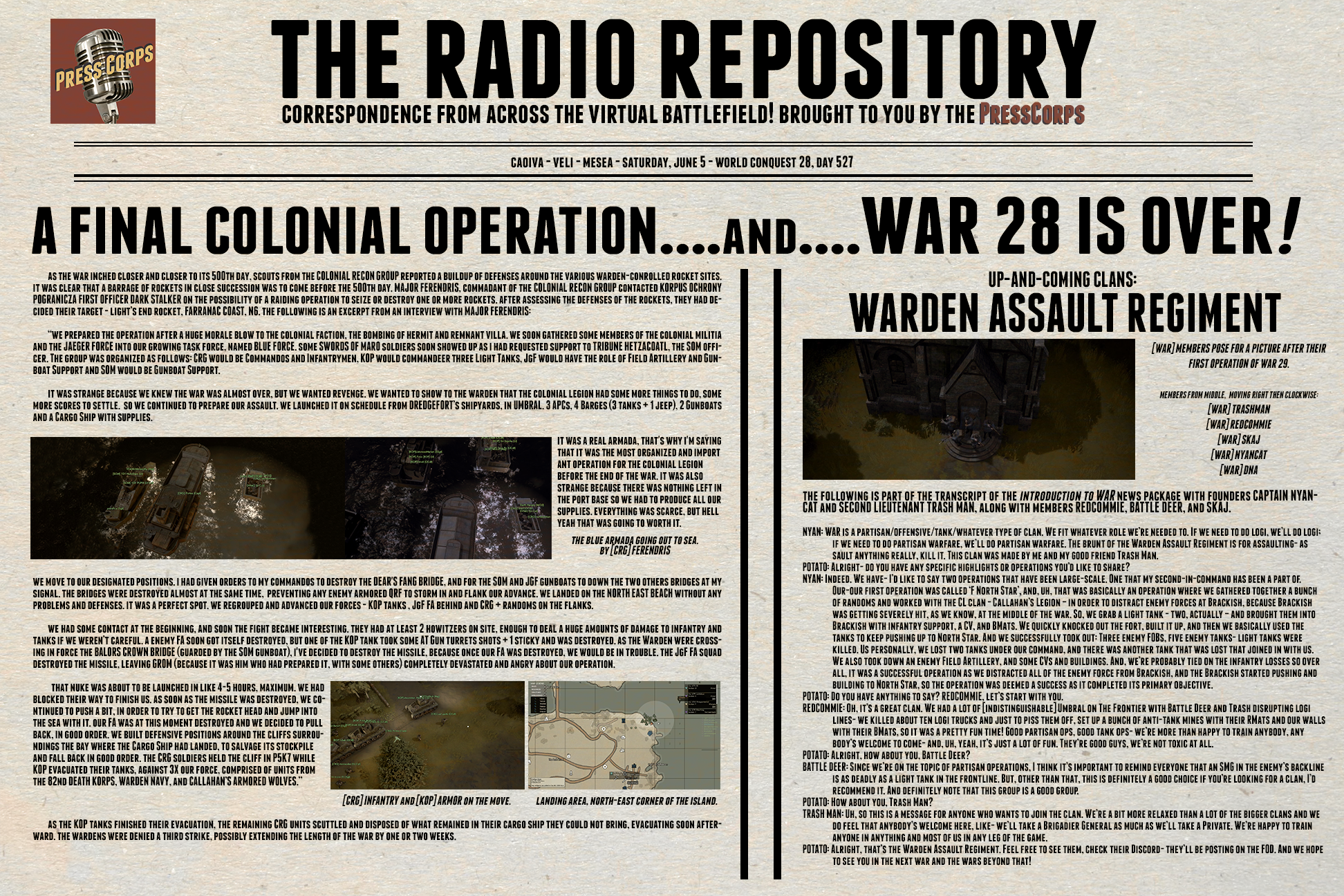 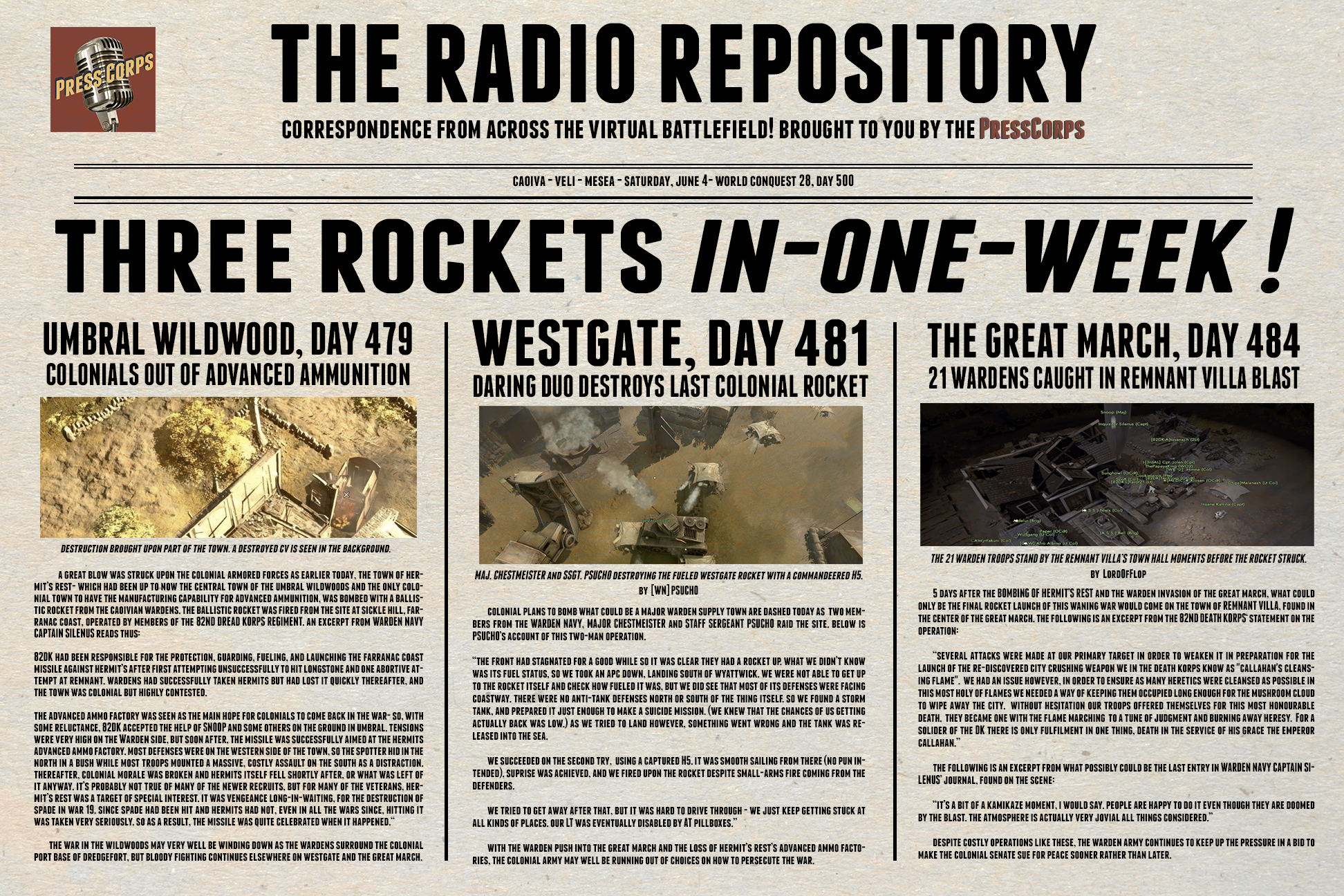 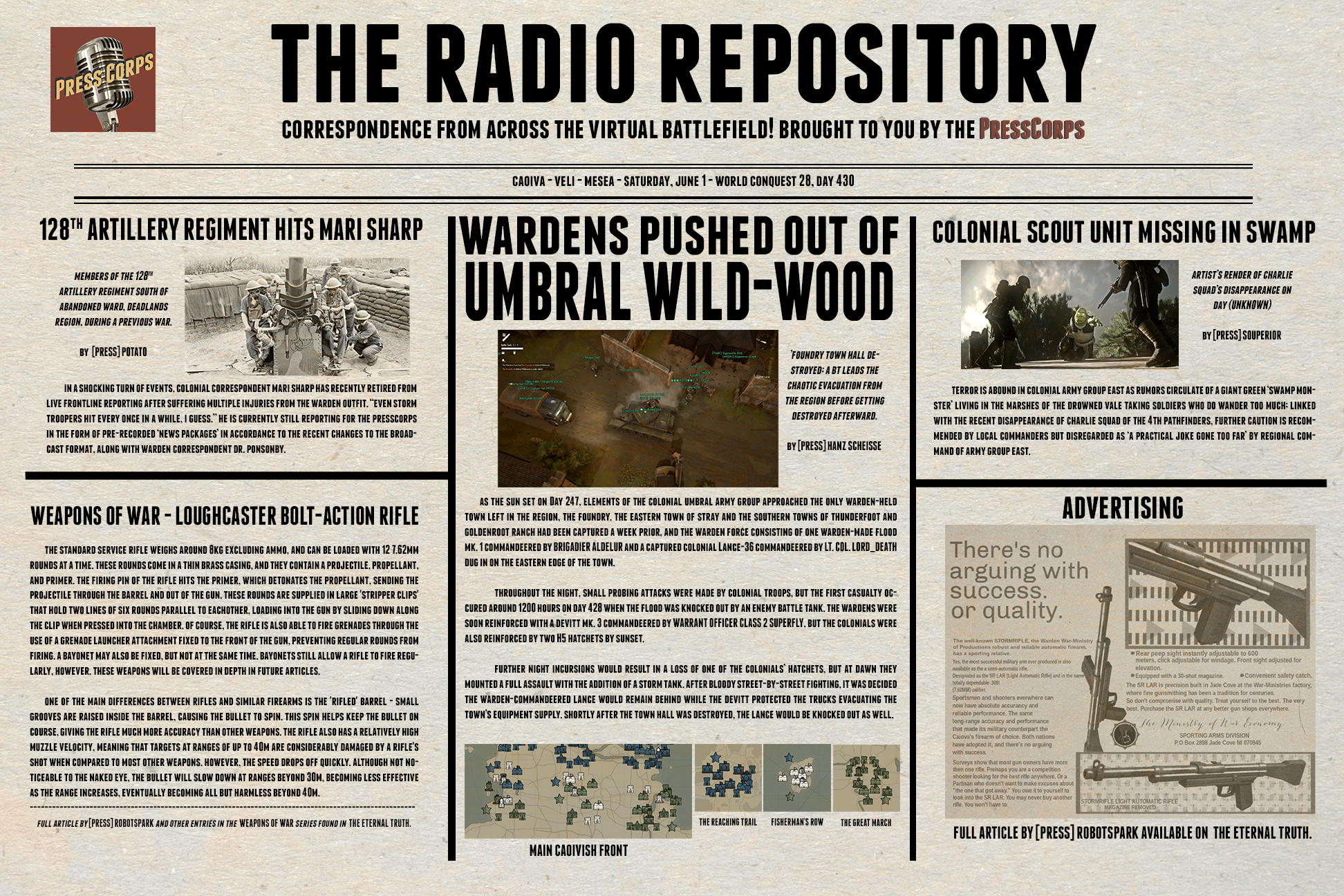 This one covers the previous war. Didn't want to miss it.

Been there. Both sides of this. Several times.

Welcome back! We've needed you. These Colonial propaganda specialists are getting out of hand. 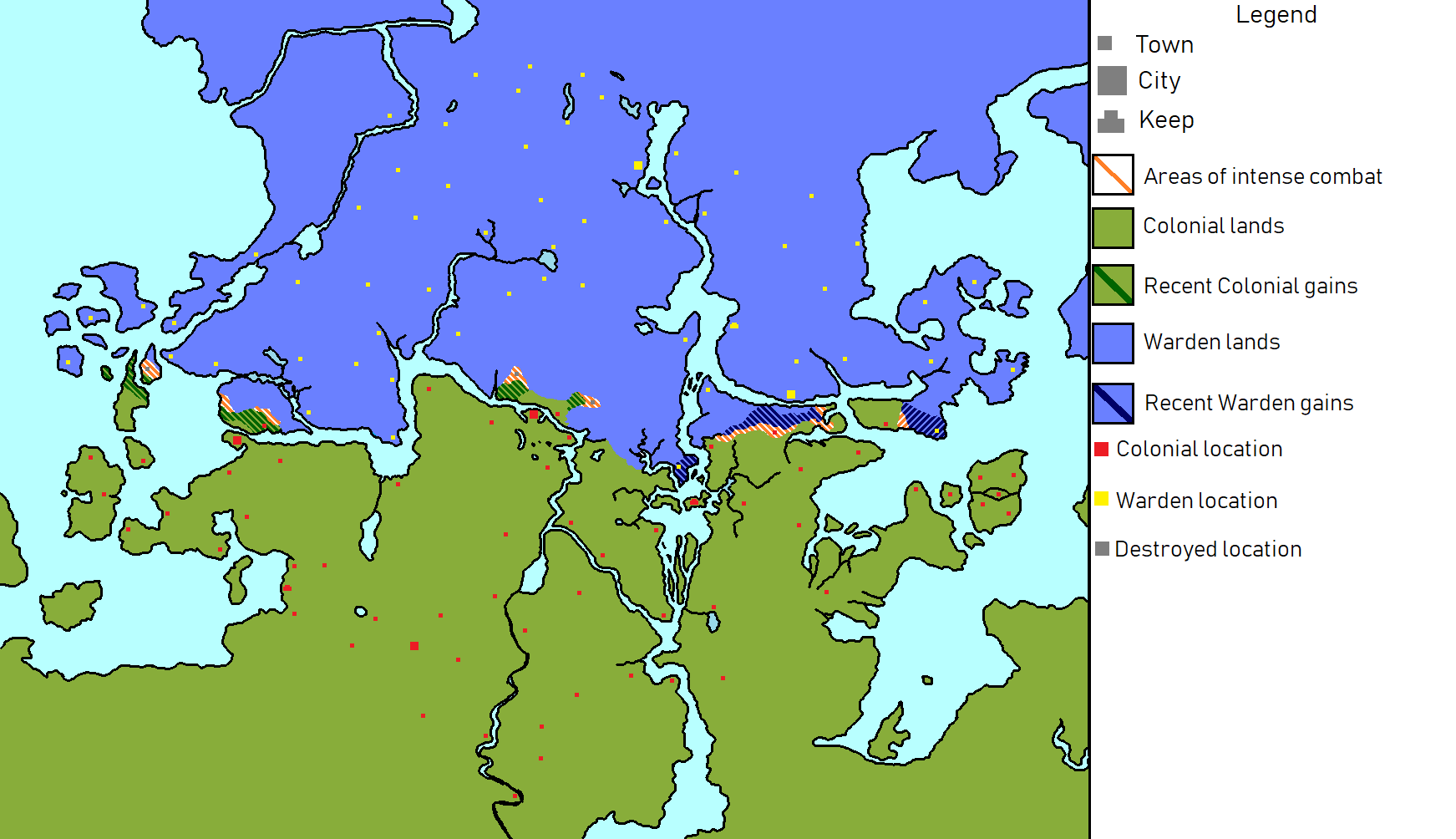 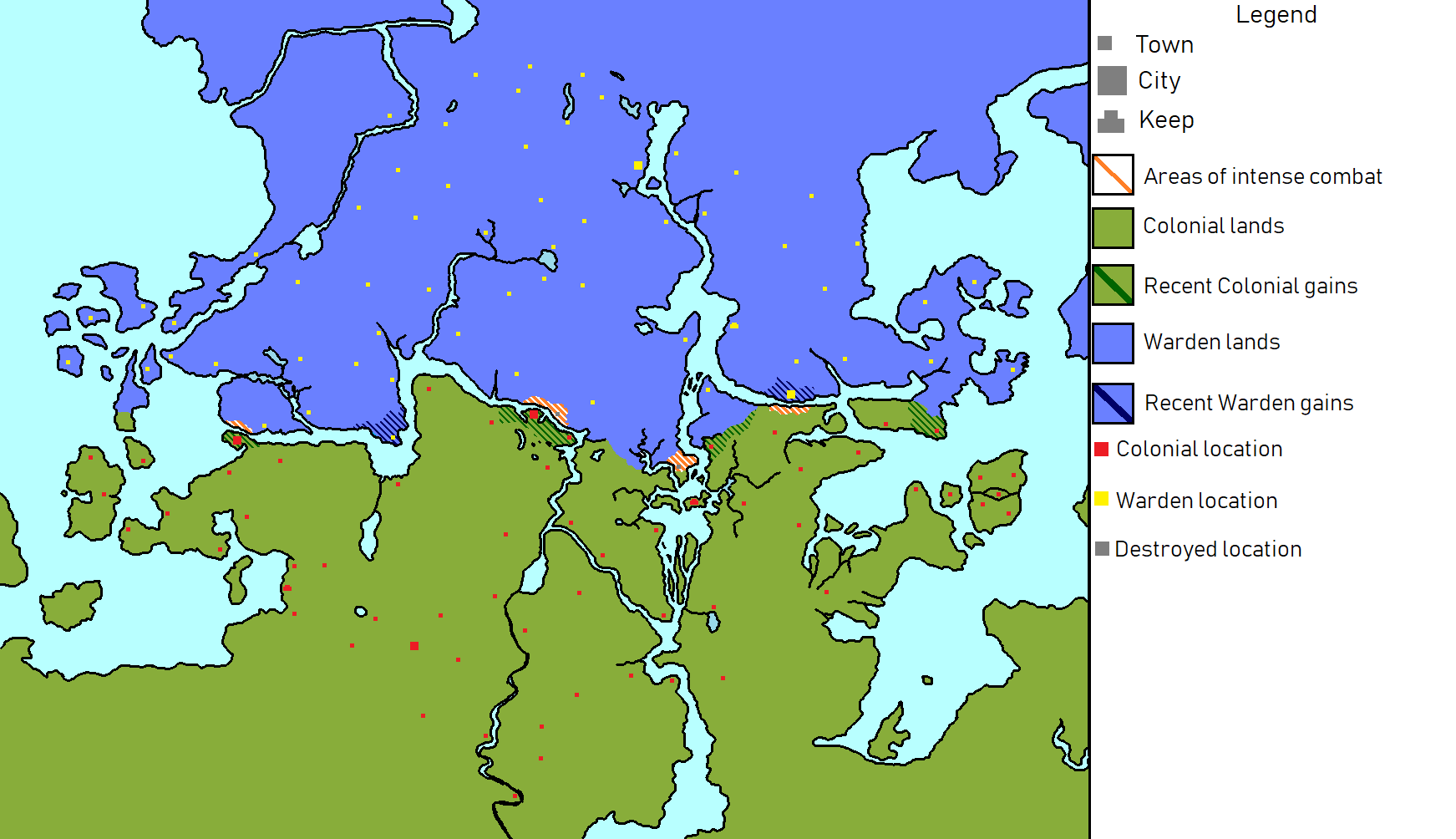 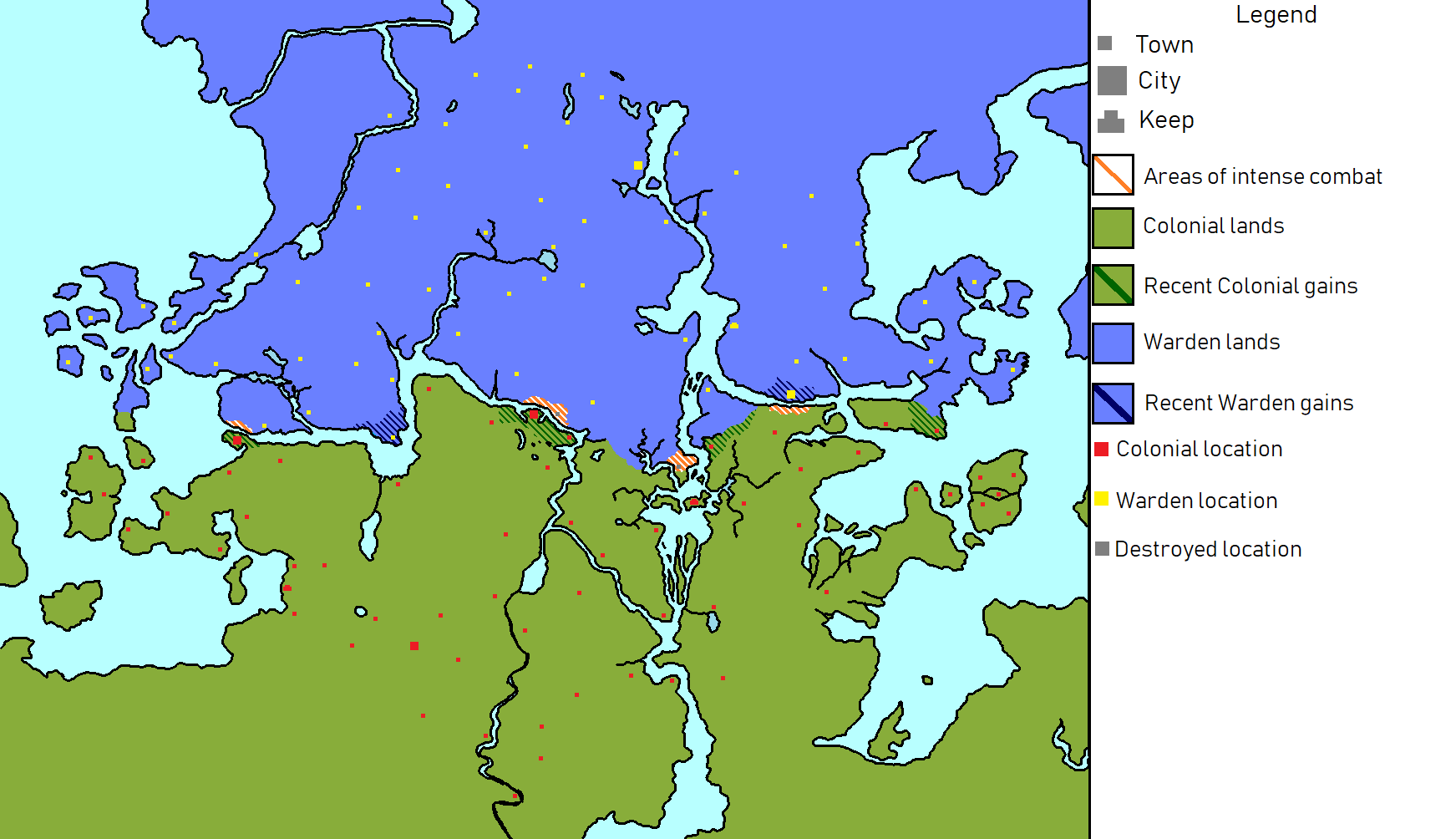 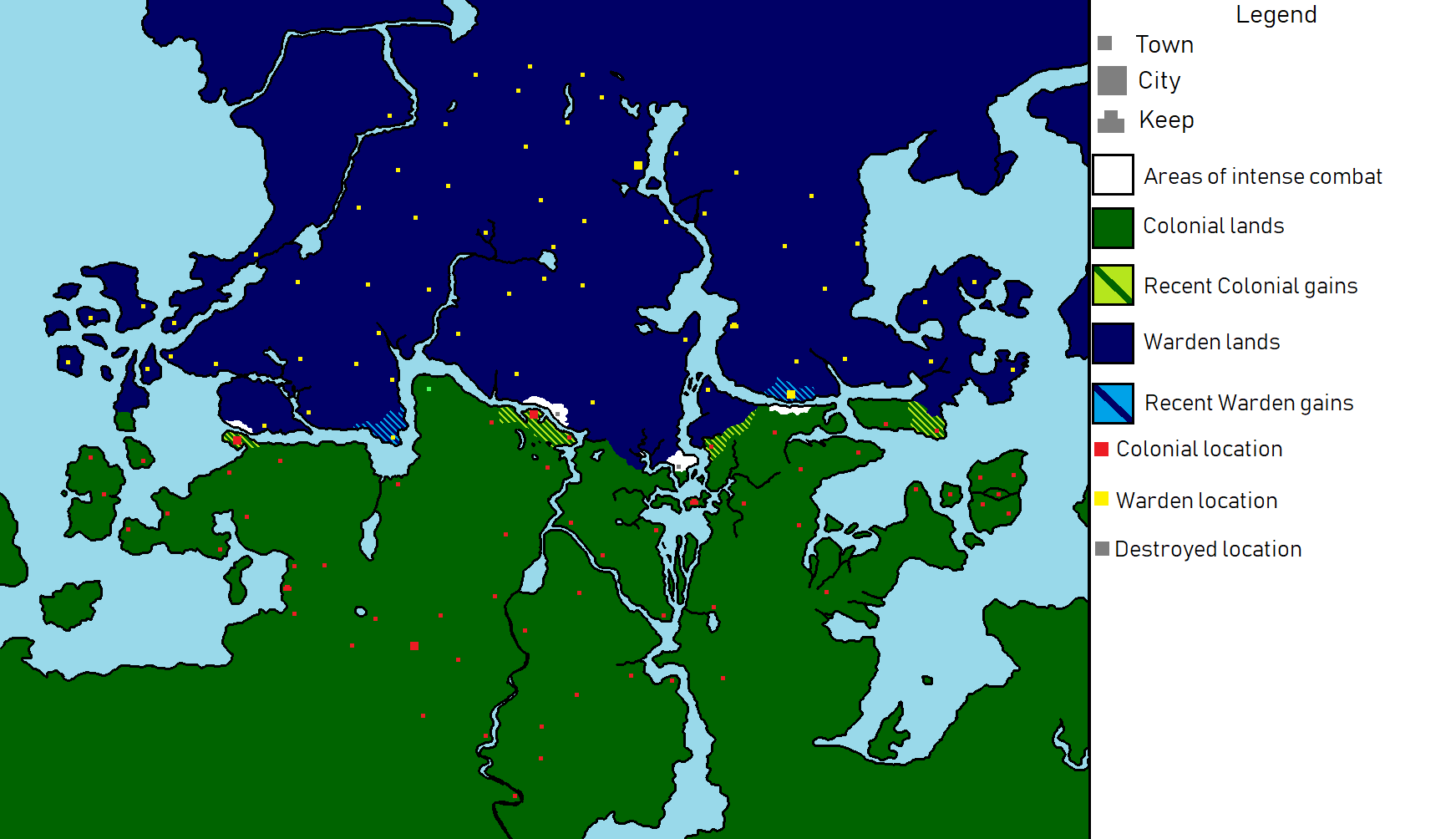 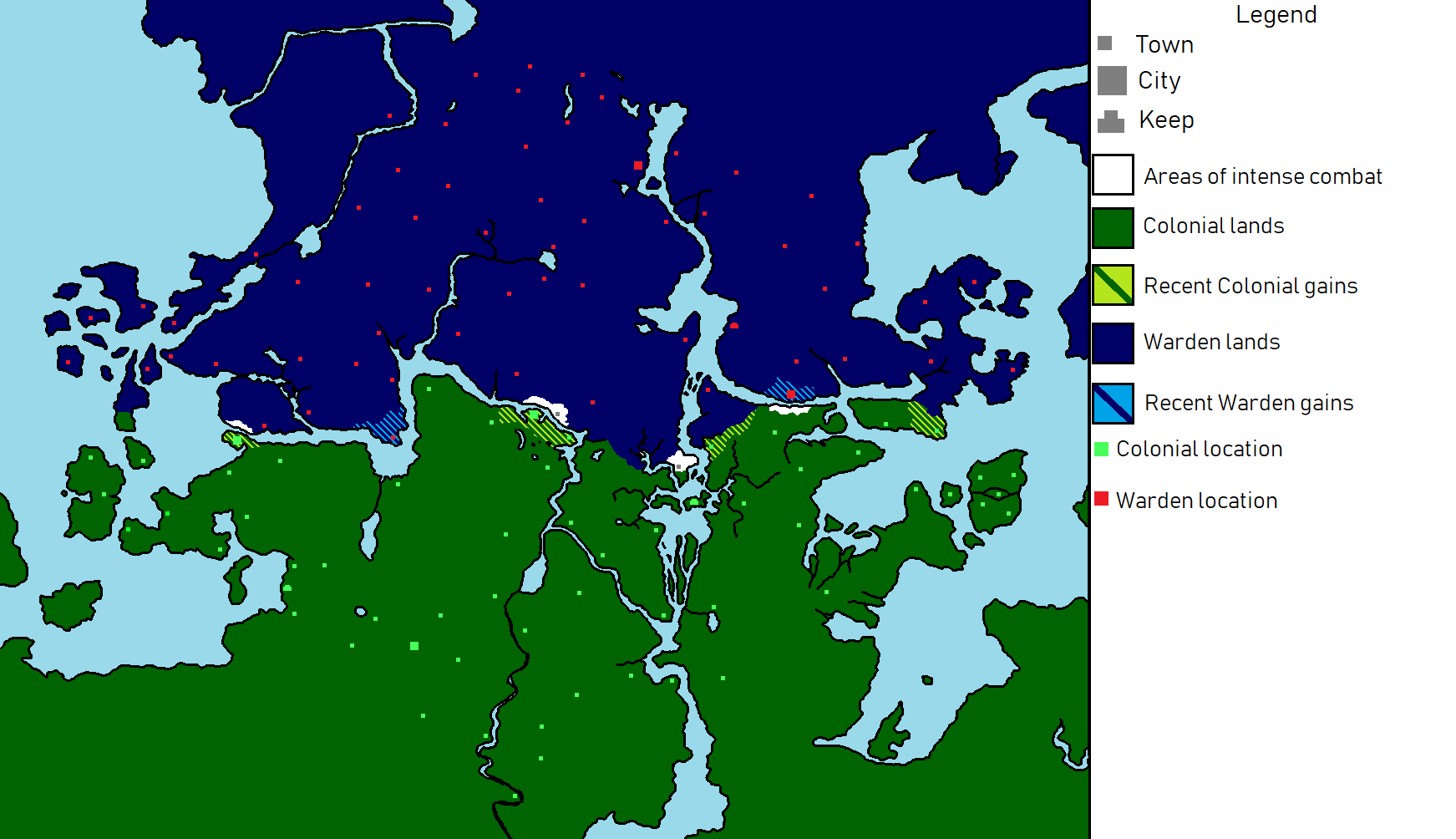 By: The Meth Man

This isn't a real war. It's a theoretical one drawn out by Meth Man. What's shocking though, is how shockingly close it got to predicting the first week of the war.

Even Sir was praising the crane this patch. Imagine that!

Look at this idiot trying to dismantle some tank traps with a wrench. That's ridiculous.

Look at this idiot trying to dismantle some tank traps with a wrench. That's ridiculous.

Not Rmats and Sulfur. No sir. You can just hand those over to me. Thanks

Those shells are worth their weight in gold.

See your doctor immediately if you're missing your doinker.

If you've missed this video, I'll need the grid coordinates of the rock you've been living under. Thanks.

This is an absolutely phenomenal radio show written and voiced by Commander Rod. I absolutely love this show. Check it out and show your support so I can get more.

Watch now how Nemesis attempts to bury this video among his other videos in an attempt to disguise how disgustingly overpowered the revolver is. I see you.

What I envision when I hear "Wire Party" is like a lan party from the nineties with doritos, a full flat of coke, and all-night counter-strike 1.6 and Starcraft. You know what I got? A bunch of dudes trapped in barbed wire. You don't even need to watch this. I just put it here so I could shame him.

Every good video starts with "FBI open up"

If you could go ahead and show this to Deluxe Duck. I think he needs a proper reference point for what a PARTY really looks like.

I just wanted to show this one off because ASS hasn't been around lately and it's nice to see them back in full swing.

Wanted to take a minute to thank Vaxsin's girlfriend for the wonderful artwork she did of me and my wife down below. It means a lot to me to have this image. We didn't spring for a professional photographer so this is actually really nice to have for the album. Thank your girlfriend for me. She's also invited to the CH 100 party. It'll be on a Yacht.