Holy shnizzle this stuff is off the hizzle. Everyone seems pretty taken with the Dead Harvest game mode so that was a big win for us! We're glad you all enjoyed it as much as (im told) the team enjoyed making it. I was lucky enough to be on vacation so I couldn't help with it at all. Instead, I got to play it, fresh as daisies with the lot of you. There's even a video out there of me, first day, getting chased by a horde of zombies, it was fantastic.

But Dead Harvest isn't all the content. In fact we have several new names making their debut in this community Highlight. See if you can spot them.

According to Patton this is a depiction of the colonial paratroopers as they made their landing in Reaching Trail. I can't get over how good this looks. I especially love that they're dropping out of zeppelins... because the altitude, I presume. So good.

Excellent depiction of the Clapfoot dev team on a monday morning. 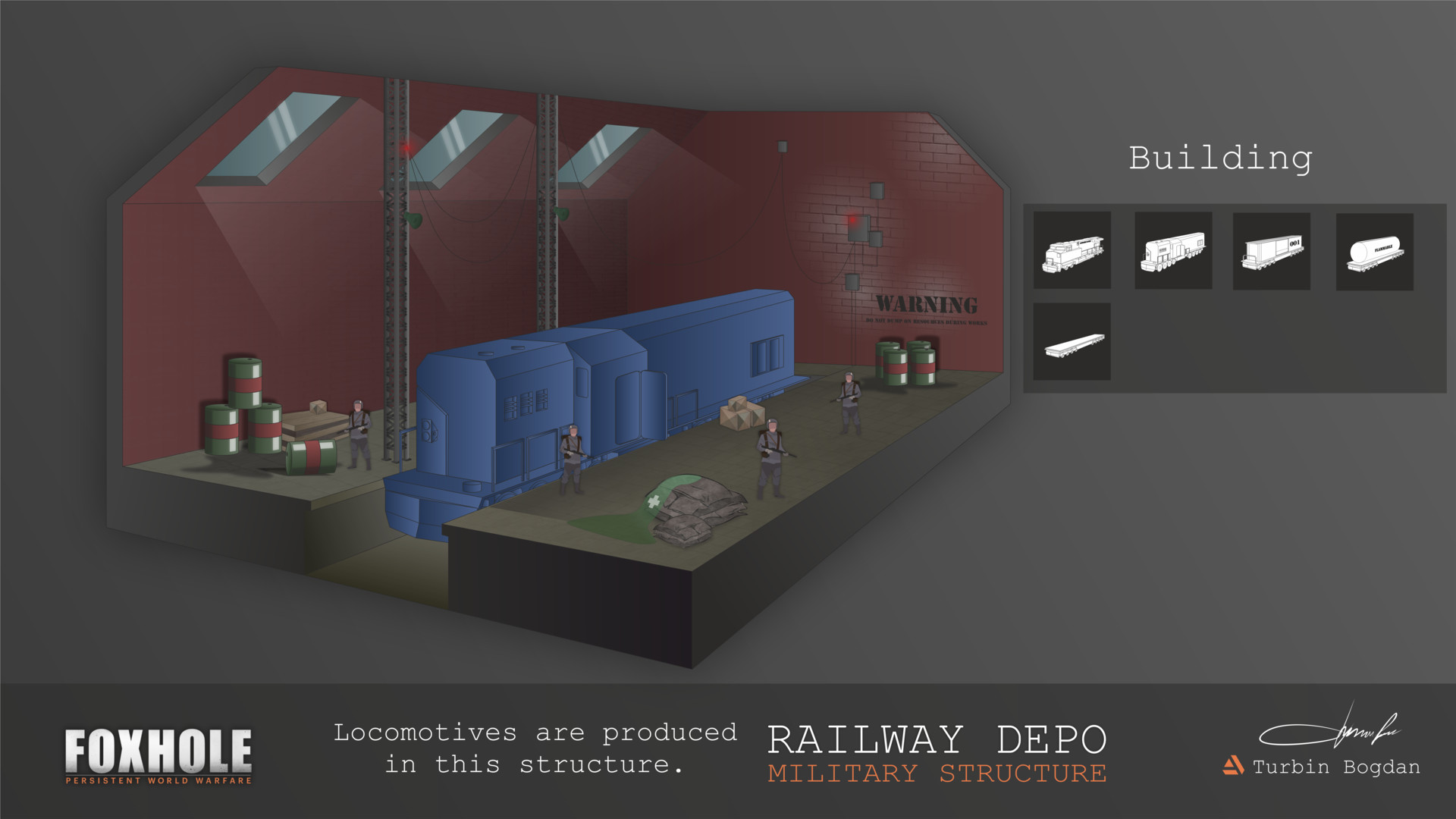 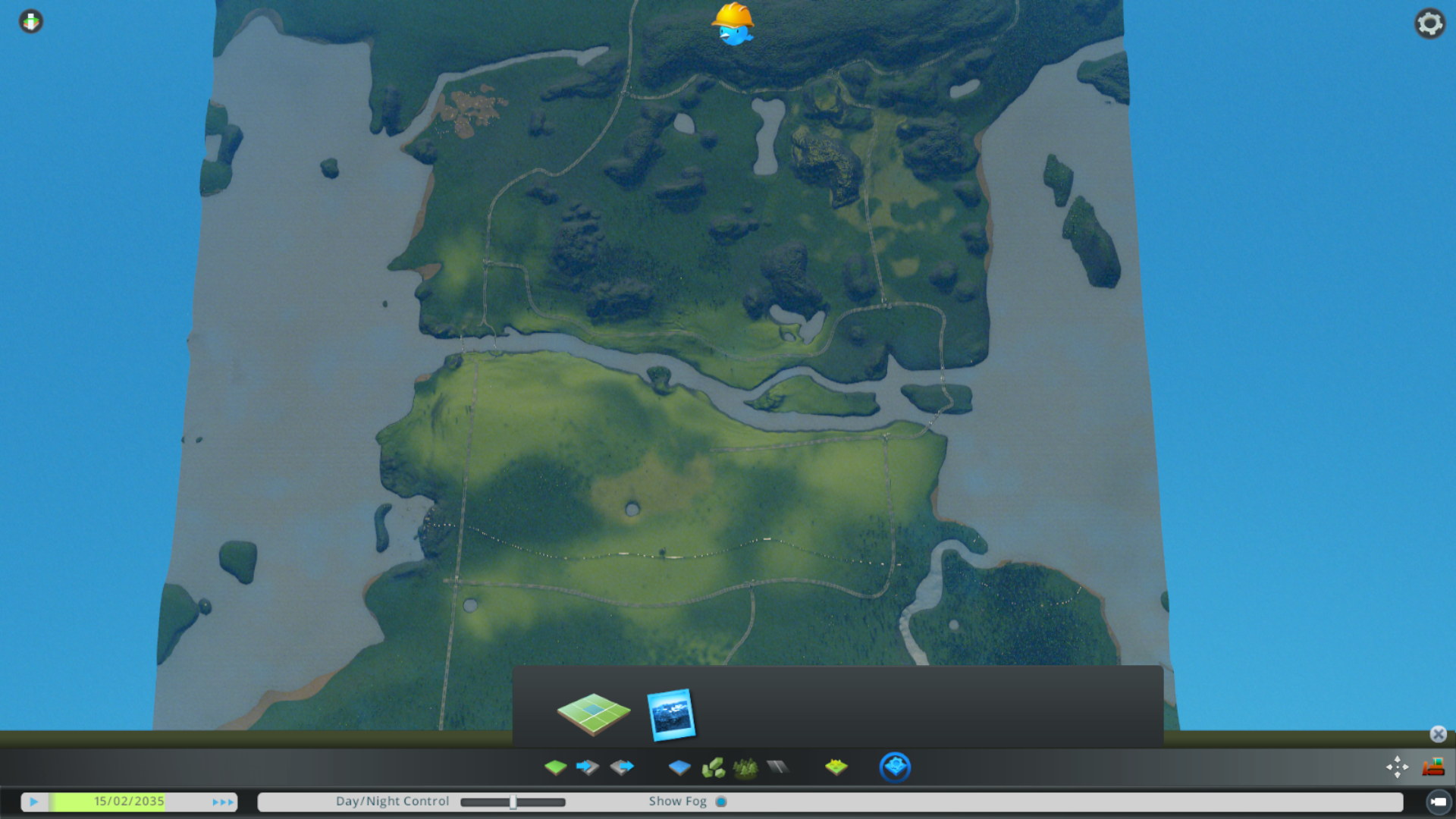 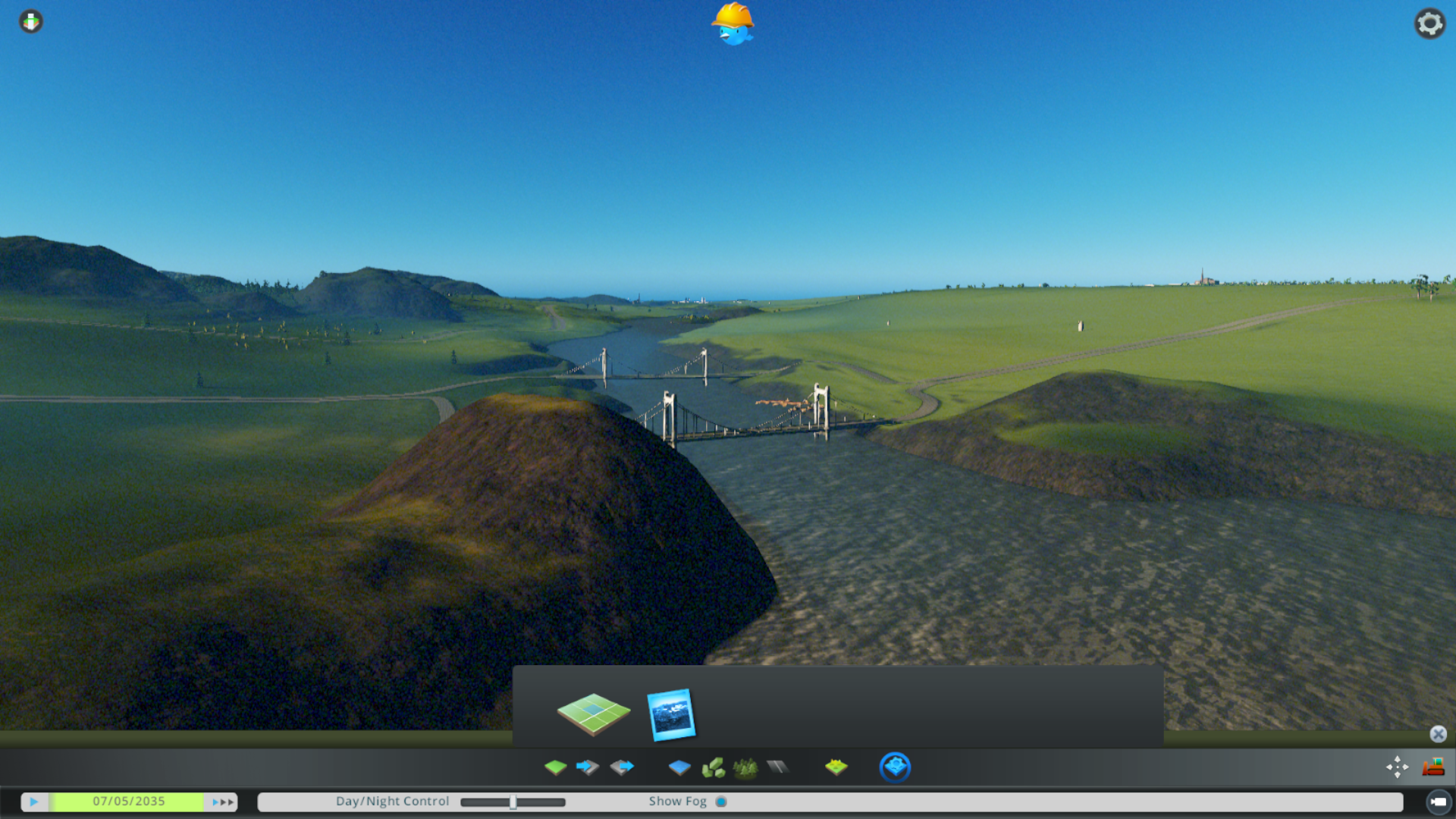 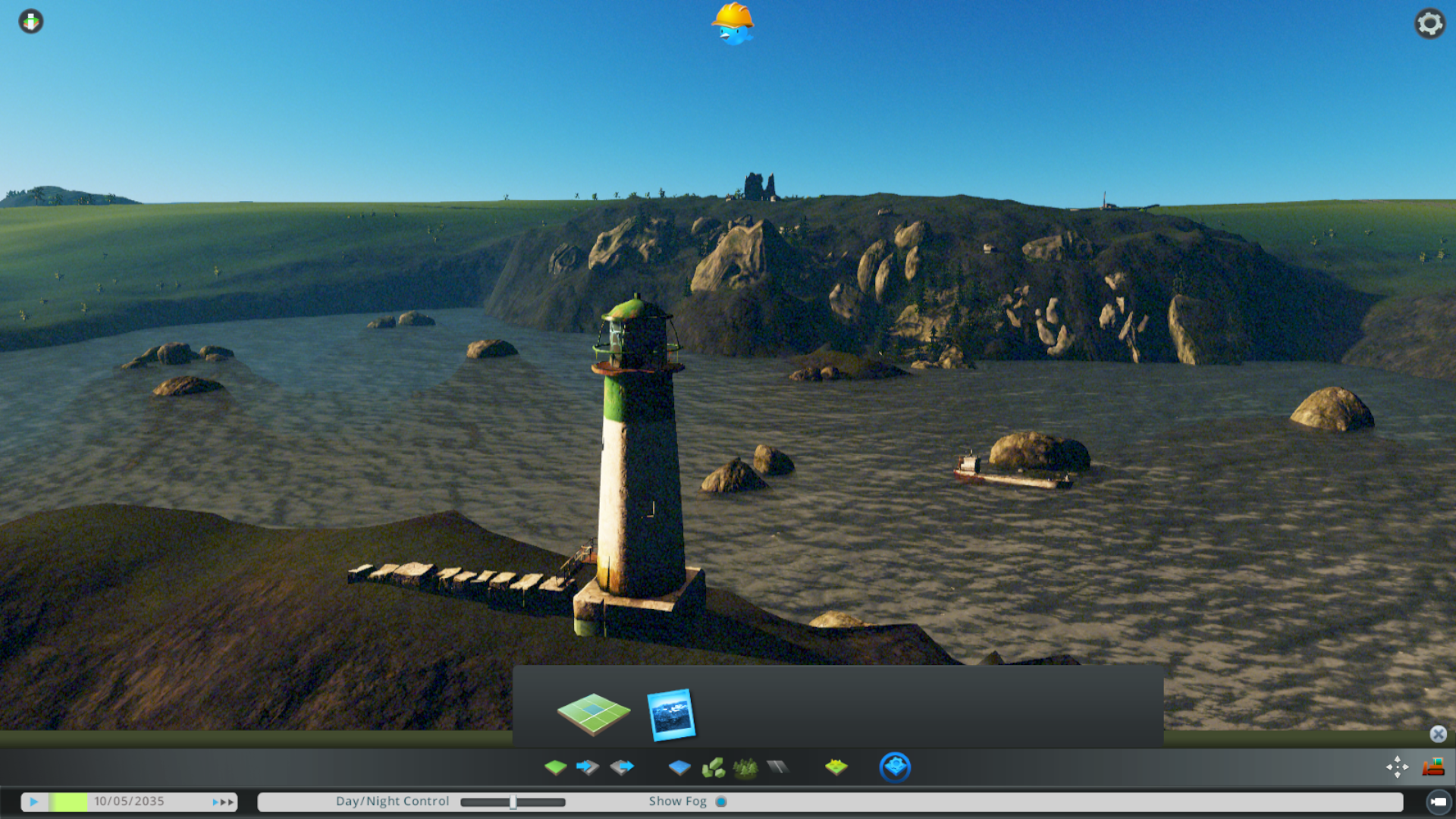 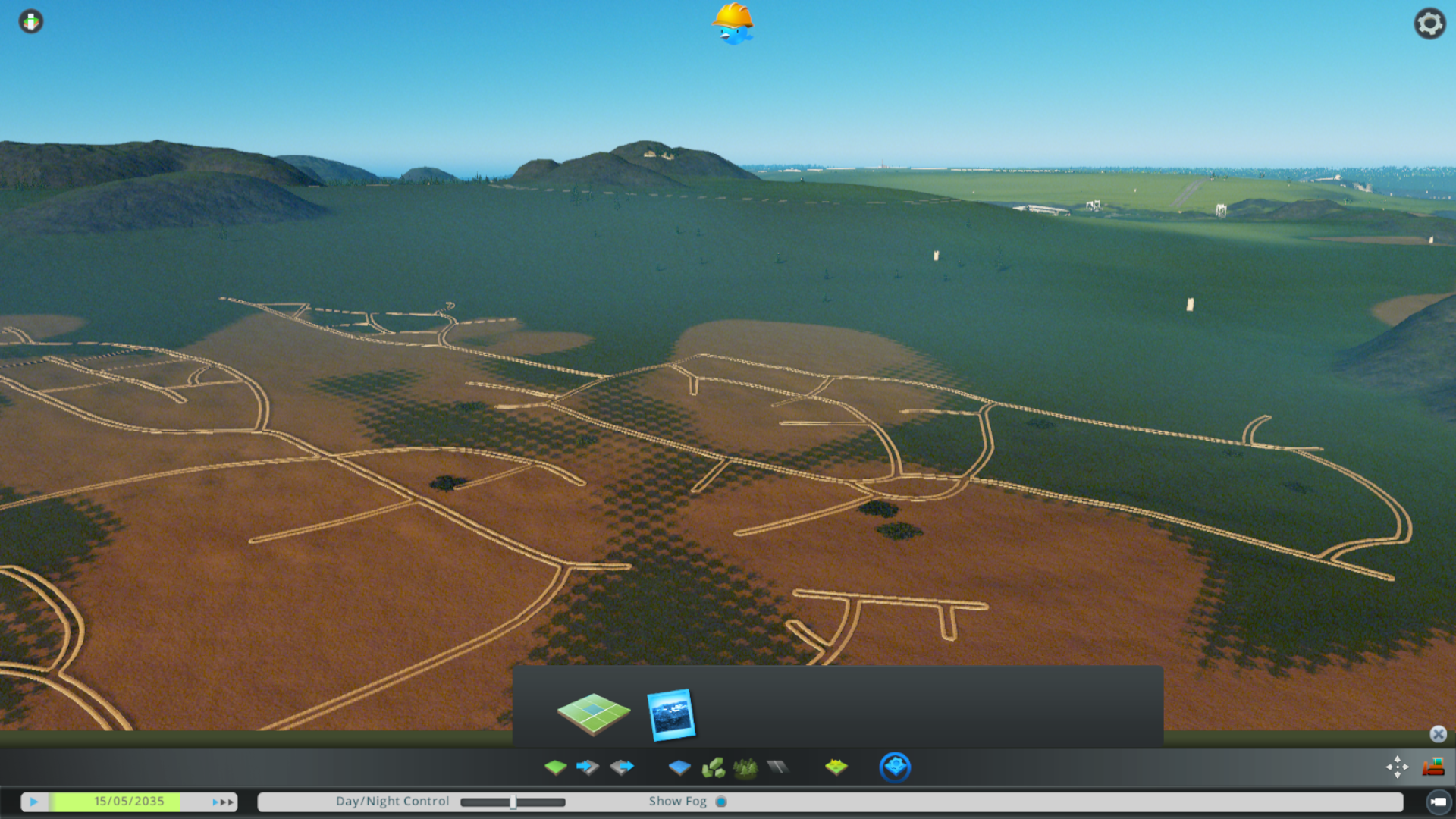 This was done in City Skylines... I wasn't aware there was a multiplayer to this game, but from what I hear, TurtleAndRabbit was trying to find some people to play with him on this map he made. 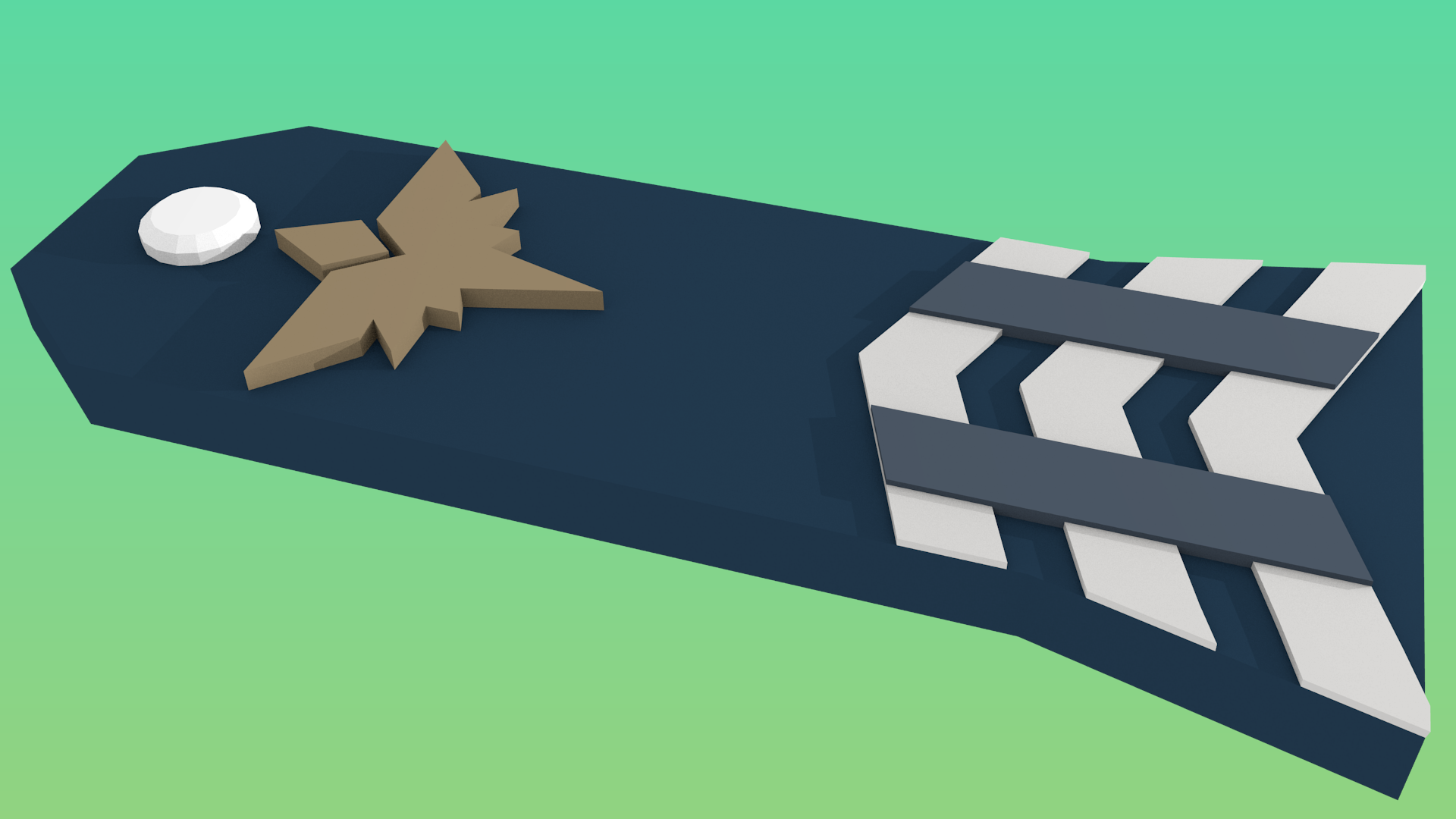 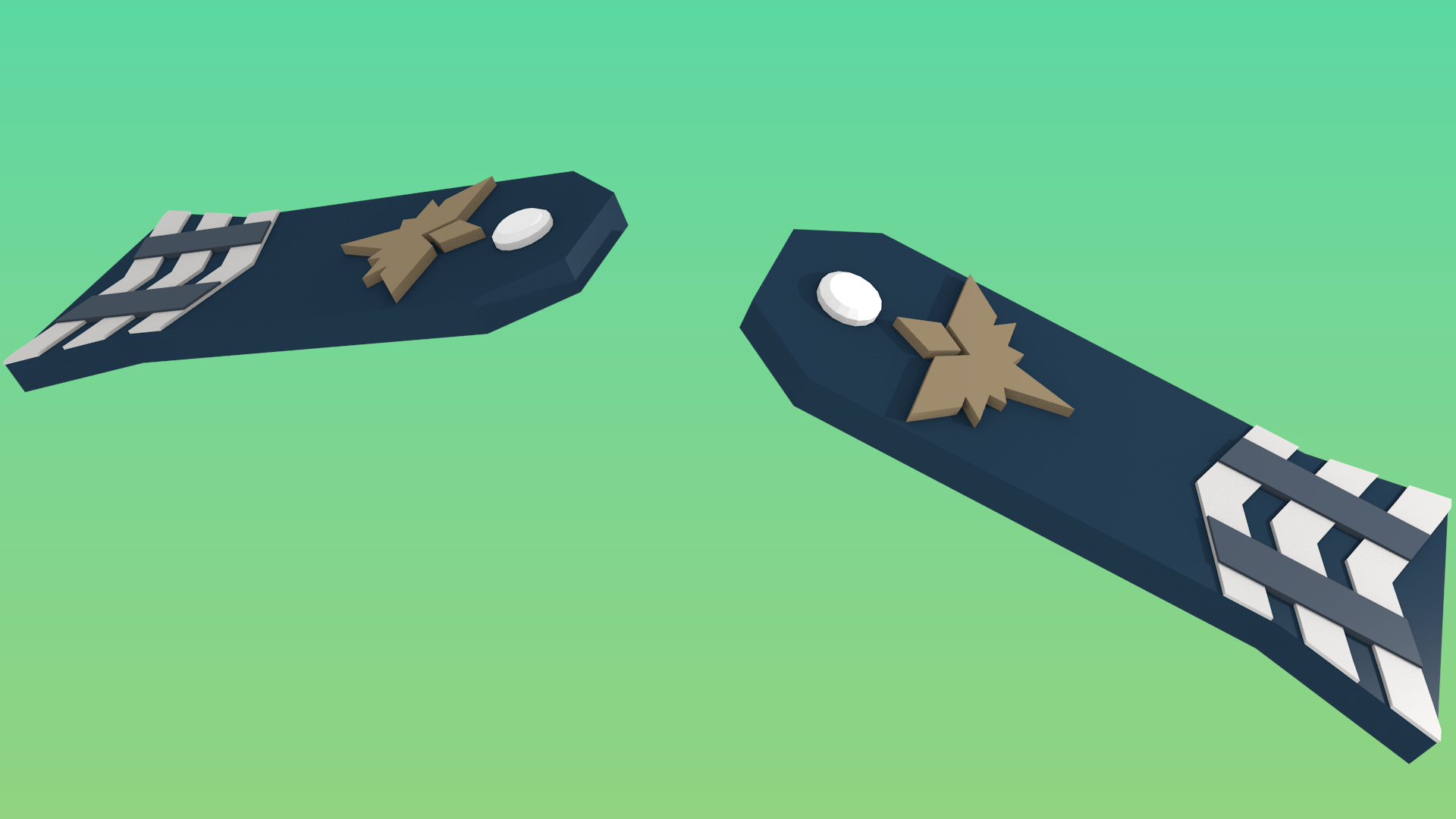 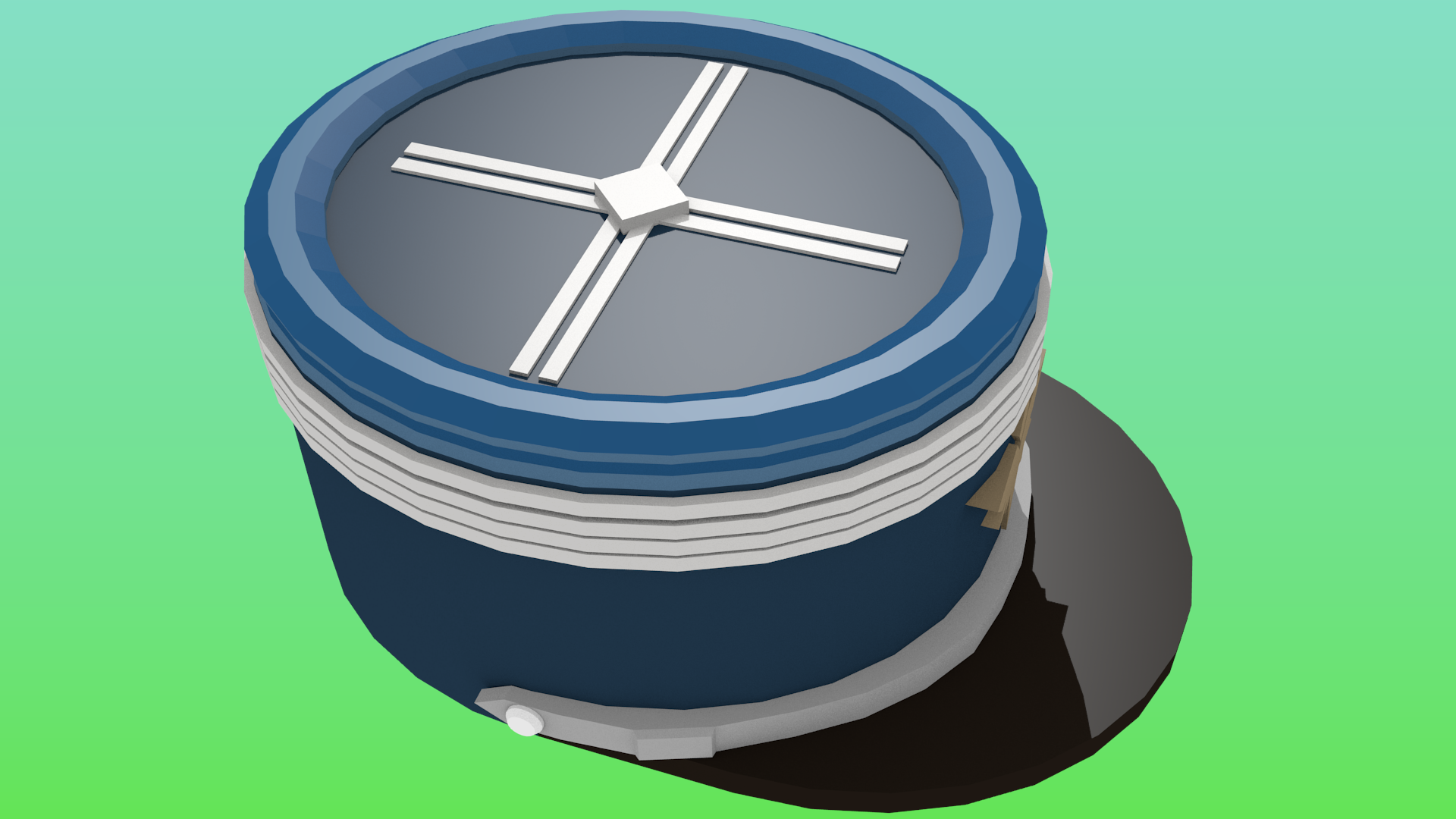 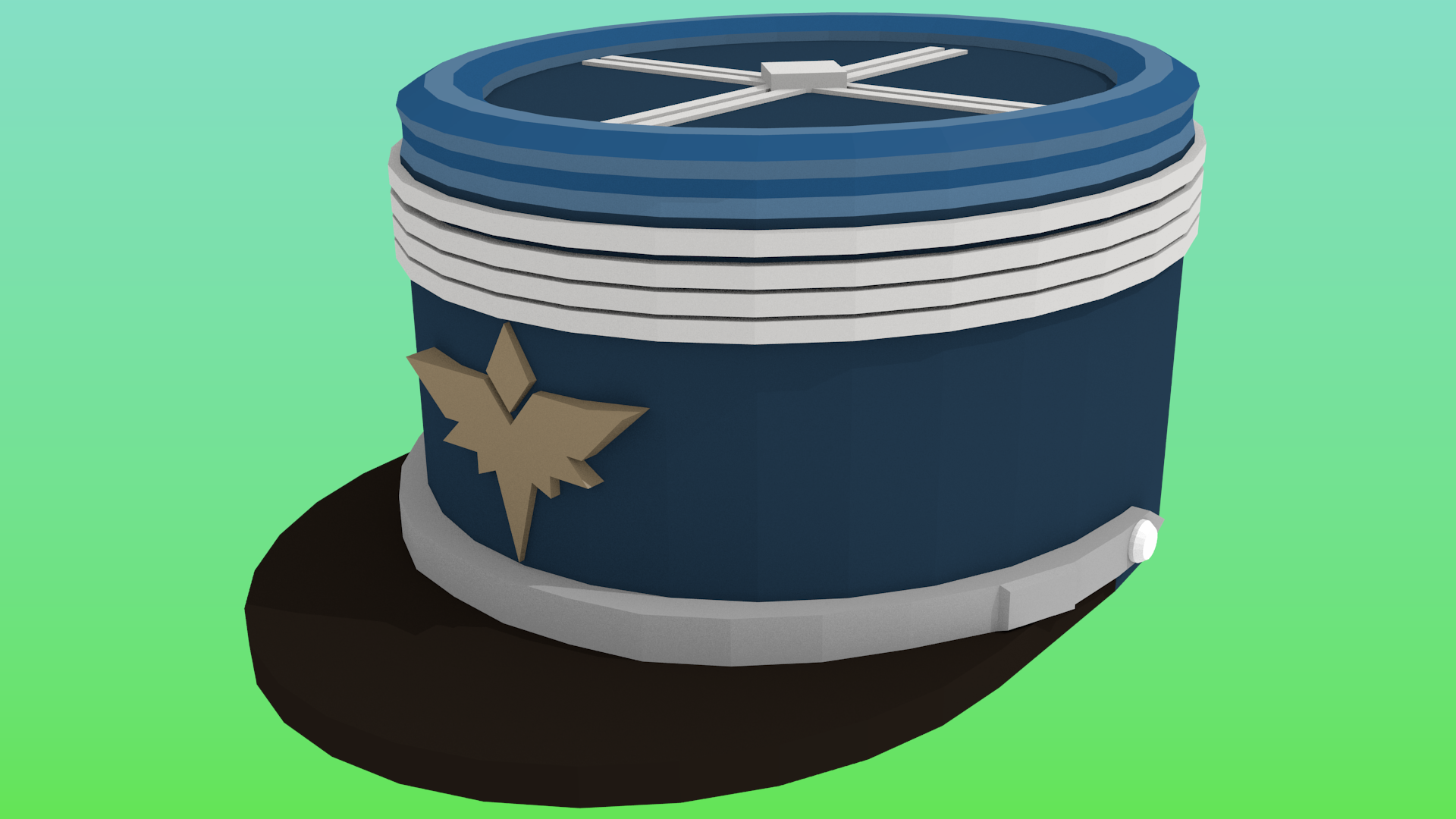 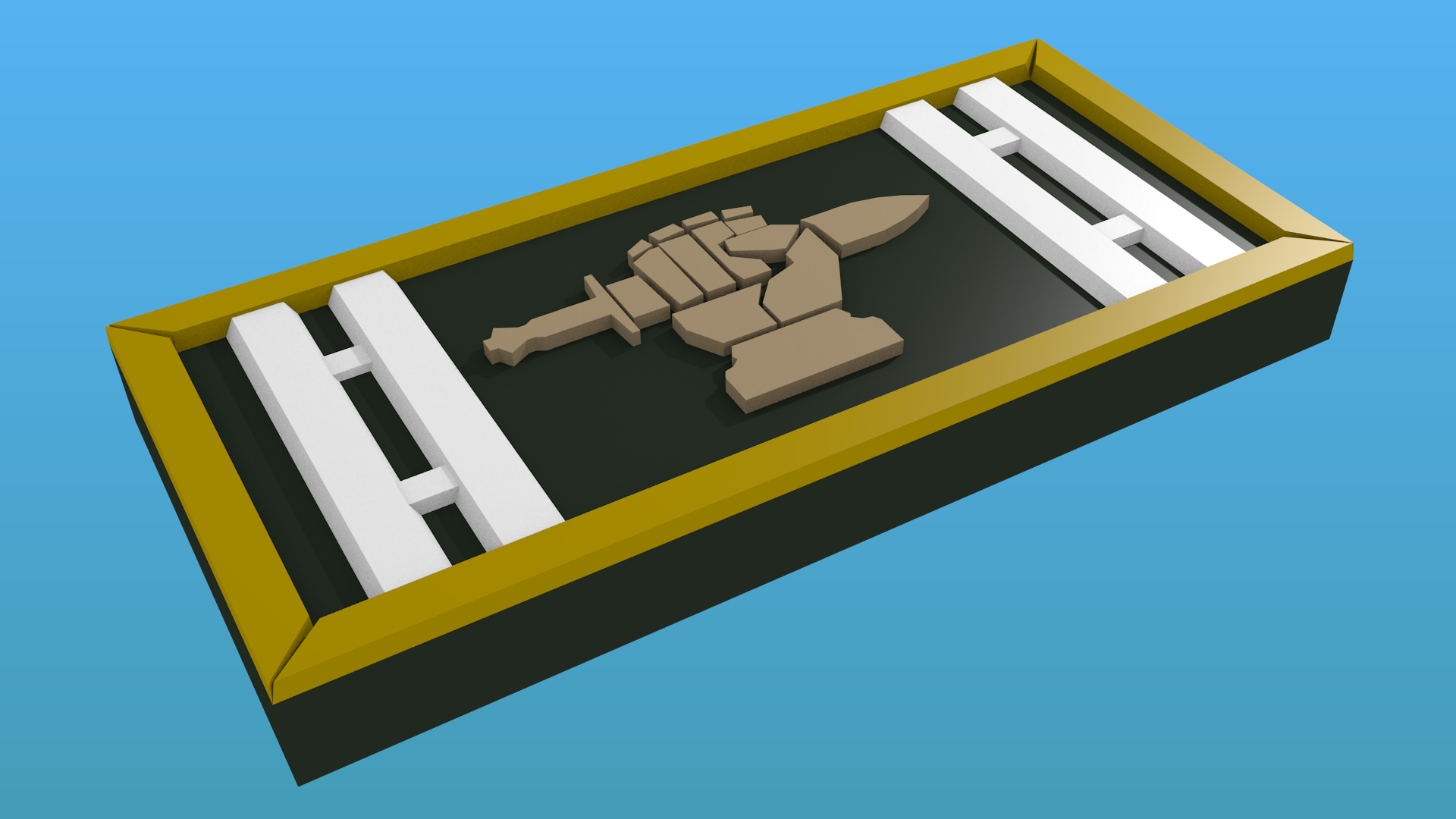 Wonderful 3D rendered clothing items. I especially like the low-impact. It was always our biggest reservation about adding clothing that then players would just start to look like a mish-mash of capes and hats and accessory items. I do like these epauletes though; distinctive without being intrusively so.

I presume by the picture that the poor bugger died. Good. Filthy colonial scum. As if some leaflet of some disingenuous propaganda could convince me that they even have a single heart among them.

A picture of all of Cmdr. Engineer's models so far.

I love the underpants. Lmao.

I think this is a card game... but with art from Lercas! It reminds me of the old retro pokemon game from the Nintendo gameboy.

I kept telling them, the curse was real and there's no way to maintain this island as a strategic rally point for either factions. My brother collies thought my idea was absurd and I was punished, sentenced to cleaning the vehicle bay. The Wardens all laughed at me, thinking I was nuts, one of them nearly took my head off with that sniper rifle. A few days later, both portbases came under attack by these.... monstrosities, and right before you know it, both the colonials and the wardens lost their foothold and are now trapped in Iris. There was tensions at first but we confirmed that neither of these parties are responsible for this. Tempest is cursed.

Fortunately we found common ground with the Wardens, they are to set up telecommunications to call in reinforcements from either side in the church at the center of town. For some reason, we're not getting a signal from both Callahan's channel and the Salt Farms channel, we were completely cut off.

We managed to trim a horde but I fear that only a few of us remain alive here.

According to Warden scouts, the island itself was engulfed in some storm and the waves aren't safe for seafaring, if anything my pappy taught me is how to build my own boat, as well as to reinforce the hull. Fortunately this island is rich in Titanium. When both factions launched a scavenging operation, I decided to grab as much of the Titanium ores around the island as best as I can while others were searching the fields for weapons and munitions, along with the rumored Totem that protects you from evil.

The chasis was complete, all that its needed now is to install the 3 layers of titanium and reinforce its hull but the base came under attack. I covered the unfinished vehicle and fought alongside my brothers as we fought off the horde that came during the night. There was no sleep for any of us. They say that the source of this must be somewhere in this island, they are planning to find whatever is causing this phenomenon and destroy it, but I think they're nuts.

The first installation was complete and the vital parts of the vessel were well covered. The engine has been installed, salvaged from a warden APC whose tracks are beyond repair. The second installation was almost half done till my crew decided to comandeer the vehicle factory to create an armored car. My boat was forcefully dragged out just to build up a chance to defend the area in hopes to receive help from the outside. Attempting to relocate outside the Iris is suicide knowing the zombies are out there somewhere.

After the APCs were built, I finally resumed building my boat, the second installation was complete, it definitely wasn't a fine looking boat but at least now it can sail. The third installation requires reinforced materials in which our logistics personnel are using for mines. I snuck a few R mats and began my work. Soon enough my brothers caught me in the act and realized what I was trying to do, so they locked me up in a detention cell in Iris for insubordination and for being a deserter.

All the while I wonder, what's gonna happen? Are we even gonna get out of this? We lost nearly half our entire team to those monsters and yet they still wanna rely on the blasted radio teletower in the church? What are they thinking? As I sat there in my cell, a nearby wall collapsed and I was able to slip out. I met a buddy and a warden soldier who wanted to get off this island as well, believing there's no other way around it except for escape, but we have to do this quietly. We gathered what supply we can hold both portbases and loaded them onto the APC. As soon as the horde arrives, we escaped into the north river.

We no longer hear the gunshots and the artillery fire from the town... might as well assume the worst. So whatever happens, me, my buddy and this warden soldier agreed to report this back to our respective commanders and tell them what happened should we survive. If we reached the endless shores at light's end, we'd part ways there. The storm began and the boat was rocking, the hull was holding, thank God my pappy taught me something useful. When the storm passed, we were at sea for almost 2 days and almost ran out of fuel till eventually we reached light's end.

We were out of that hell hole of a place and all of us agree to tell the tale of the horrors of Tempest island to both Colonial and Warden factions. It was named... "The Dead Harvest"

An epic and true story as told by Notes. Or was it all just a fiction told to scare children in their beds. Who knows. The darkness of All Hallows Eve holds many mysteries.

Trick or.... RETREAT. Bahahahaha. Thanks Dad. I needed that.

So this happened. This was the Great Bastille de Salt Farms. I don't know what it was really called but that's what I'm calling it. It was so massive a fortress he needed Goon Boon to go in, fly around, and video it for him.

Here's footage of the same game as the video above... but with 99% less Ayaya

Full coverage of the match by ATGolden

Also, he captured and uploaded match 4 before anyone else, so you get this one too!

And here's the director's cut, extended edition. Bringing Law and Order to an occupied Caovia.

Boo! For real, hiding in bushes waiting for the living to come around was pretty damn fun.

LOL! holy crap that scared me.

This is the first episode in a podcast from Razzoorr.

Watch this youtuber try out our festive game mode

Filmore is doing some of our update videos in portuguese to keep everyone in their community updated! Thanks

Thank you all for your wonderful content. It was really great to see all this excitement surrounding our Dead Harvest event. So easily this could have been a flop, or an incomplete mess, but you guys' excitement is well worth the effort. We're really glad you all enjoyed it, and hopefully we'll be able to do more events like this in the future.