It's a pretty short Community Highlight this week, but where it lacks quantity it makes up for in substance. A lot of really great written stuff made it in this week from the War #11 War Stories. And since I had the space, I filled it up with a bunch of screenshots showing off some of the upcoming stuff from devbranch so I figured it was worth including. Plus a lot of it was really well framed. That kind of counts as art, right?

It's been a while since we've seen something from Lercas, but this is a huge step up. Incredible improvement!

By: Turtle and Rabbit

By: Jabba The Trump

All these wardens, it's no wonder the Colonials are losing the War#12. You're being overwhelemed even in the Community Highlights!

One more plug for Bogdan's Artstation.

I think this was done in Roblox(?). Virtual Lego, with friends!

Officer McRandom, reporting! This guy is coming along nicely! I like the basing. Looks like Upper Heartlands.

Excuse me, I'll need you to turn down the gore on this one. That high fidelity bloody wound doe...

This looks like it could be the front cover for a steamy fan fic. 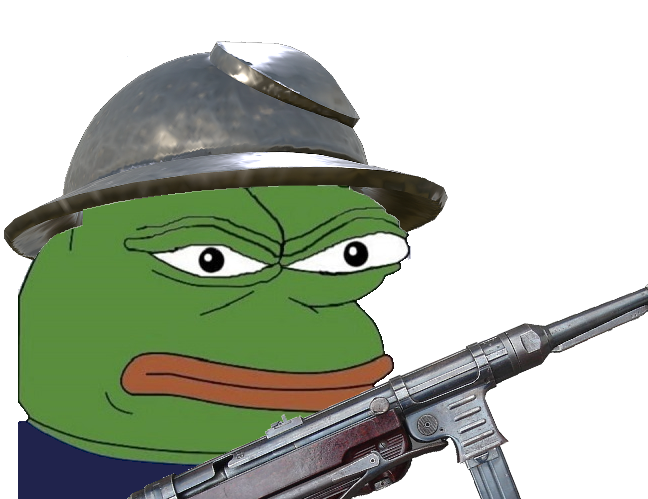 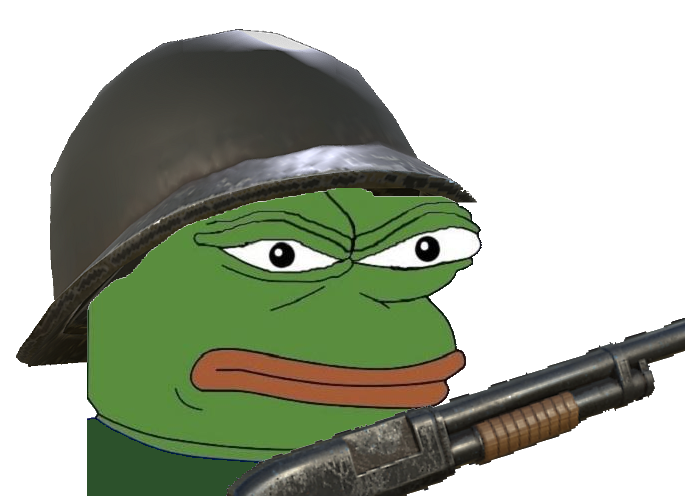 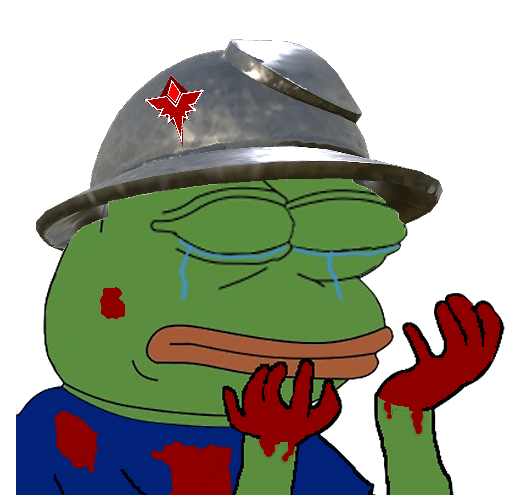 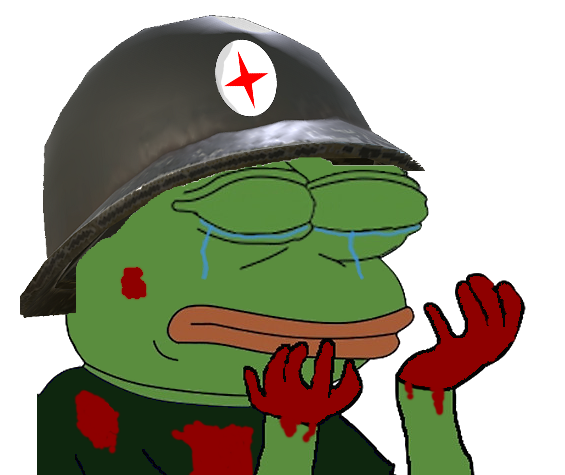 If you flip through them really fast it looks like he's moving...

But why does the Colonial Engineeris Corp have two guys manning a gun? Darnit Insanity. Get it together!

News coverage of the final moments of War #11.

Donate to the Green Cross today and get yourself a free frogurt!

Hehe, looks like Kirby from Smash Bros when he does that swift down attack...

There I was alone in the darkness scouting the Southern flank of the Enemies defenses to Brackish Point. As I approach with my shotgun primed I notice a Warden Armoured Car approaching with 2 infantry in support. I take refuge in the shelter of the near by cliff hoping not be spotted, but its not use. I charge madly at the enemy Armoured Car. I reach the relative safety of the the side of the Armoured car as the drive frantically tries to run me down like an frightened squirrel crossing the road. I manage to circle the vehicle and staying just ahead of the pivoting guns. I manage to land a blast from my shotgun on one of the supporting infantry, a Cpl I believe. I release the Warden LCpl's in the Armoured Car failed to lock the gas cap to their vehicle. I frantically work to remove the cap to spill the fuel and stop the Armoured Car. SUCESS!!! i remove the fuel! my Joy turned to dread as the second support soldier fires an RPG past my head. It misses however the Armoured Cars gunner makes no mistake this time. Ending my Triumph. I quickly Reincarnate my self and run as if possessed by a Gazelle to reach where my life was ended, hoping that my efforts where not in Vein! "Oh S%$t, its a warden!" i gasp with only my pistol in hand. I quickly dispatch the young foolish warden trooper who to my surprise was over laden with 3 SATCHEL CHARGES!!!! it was a gift from some higher power. I grab a charge and continue on my quest. There it is I see it, the Armoured car is still there. Did they not search my body for the Fuel??? I equip the Satchel Charge, and frantically try to flank as the Guns try to train on me. I make it to the front and start to deploy the charge..... the second feel like hours as i see a warden soldier coming to end my life a second time! BUT HA EXCESIOR its to late the charge has been planted. as i dash away i see the explosion and armoured car turned in to a molten heap of trash. The explosion kills the soldier coming to end my life. At then of this exchange..... I look my self over, i am unharmed. I return to base triumphant, but so sad I did not catch this on video!!!

I call bullshit on this story. Nobody makes satchel charges.

>Wander around a bit

>Outside there is a Sulfur mine

>I learn you can hit stuff to collect resources

>Mfw I spent my first hour of the game just collecting sulfur.

By: A Talking Cucumber

I was put in a truck, heading to Loftmire, on the road we were told of high command's desire. My squad leader's name was vaguely Flemish, he said to us -'We are attacking the Blemish!'

The artillery officer wanted protection for his guns, the Dutch man and his squad advanced with short runs. The Collies had mortars and shelled us, it hurts! We were lacking in medkits and were soon out of shirts.

The Warden infantry fought their way up to the wall, the artillery failed to kill the Blemish town hall. Dead bodies in piles were getting stacked, the Collies suddenly counterattacked.

Our infantry were hit by mortars and ACs, a lot of Warden blood began watering the daisies. Shouting out targets and ranges on our Discord, the artillerymen began to engage the advancing horde.

With a huge pile of shells, one thousand and one, our artillery came to life and then the Collies were gone. After the barrage, the Collies were bleating, how can they hit us so hard? Surely they are cheating?

Went to help platoon of newbs with taking Lord's mouth in Westgate. I held the frontline to keep the enemy at bay while the newb SSgt organized his "combat engineers" as he called them. Wasn't going to start a semantics war over something so petty but unless you're under fire, "combat engineer" is pushing it. But whatever. Wardens fall back and die down. Not regroup. Just die down. I was able to tell the difference right away. SSgt Newbert couldn't. Rushed his men in a flurry to get defenses up. I let them have their way. I went out to scout the town. SSgt Newbert barked at me like he were my superior, "Officer Cadet! Where are you going!?" I calmly explained (should have chewed his ass out) that I was going to scout the town, and made a point from my explanation that I'd be alright going alone. He argued that they just scouted it not ten minutes ago. And they know everything they need to know. My IRL peeled his headphones off with one hand and sunk his face into the other. Then settled in once more. "I'll be alright, you just keep building." Then SSgt Newbert replied to his superior, "Well don't go out too far alright?" Upon reaching the outskirts of Lord's Mouth I had finally "chilled" enough to remember my experience and STFU inside my own head about this or that. I took a nice easy lap around the town, backtracking many times to avoid defenses. Suddenly I came across the token "I DID GUD!" slap-happy makings of a poor defense point in a critical area on the South-western side of the town. The defenses were inactive. I knew that this was where we should push in. And fast. I hastily, but carefully returned to my inferior with what I had discovered. SSgt Newbert paid his superior little attention and started mounting his attack to drive his men straight down the road into the heavily defended Warden South side. I went AWOL. I never heard from them again. My IRL had muted them all.

Well we appreciate you trying to help the newbies out, but you can't win all the time! 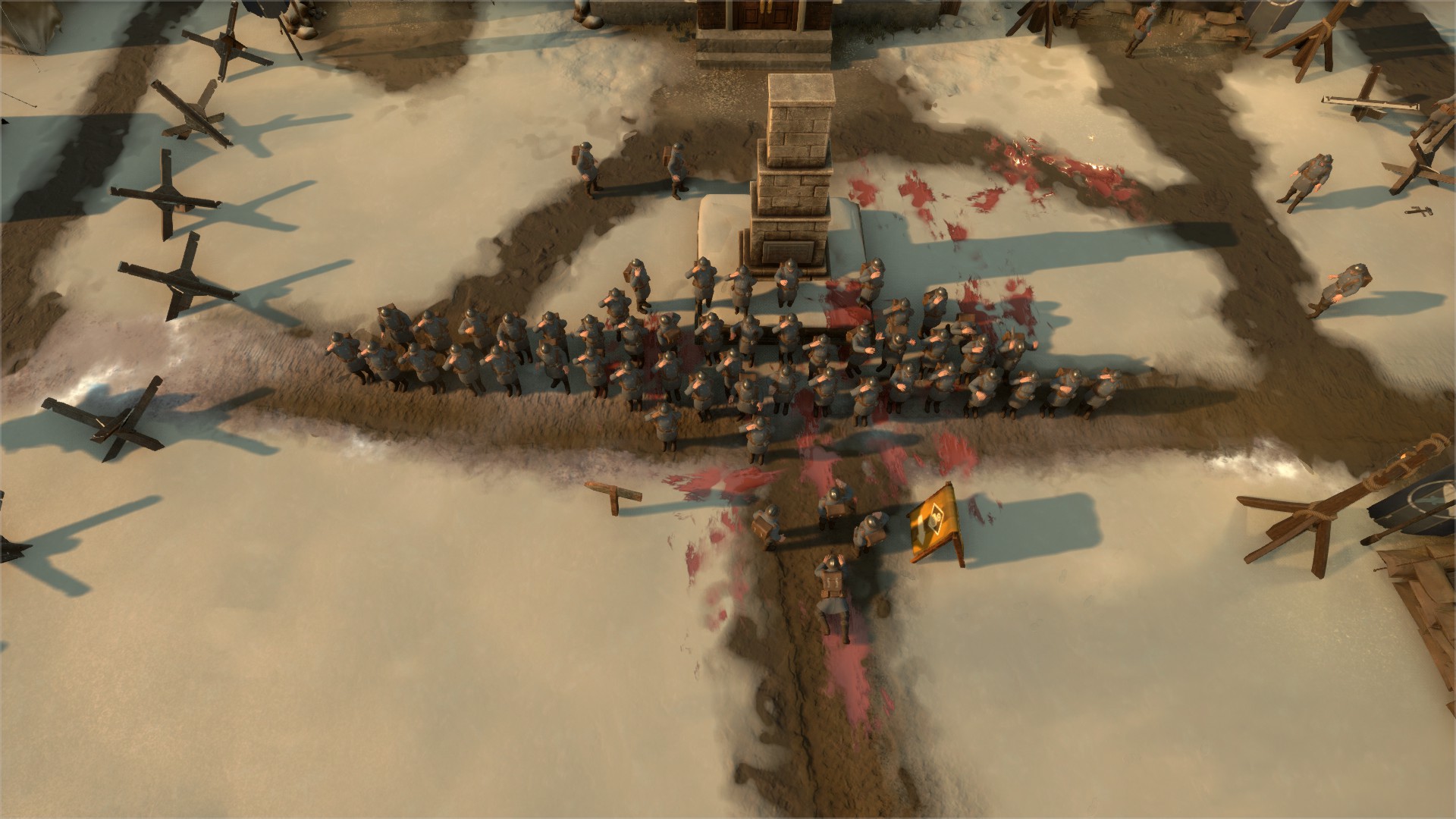 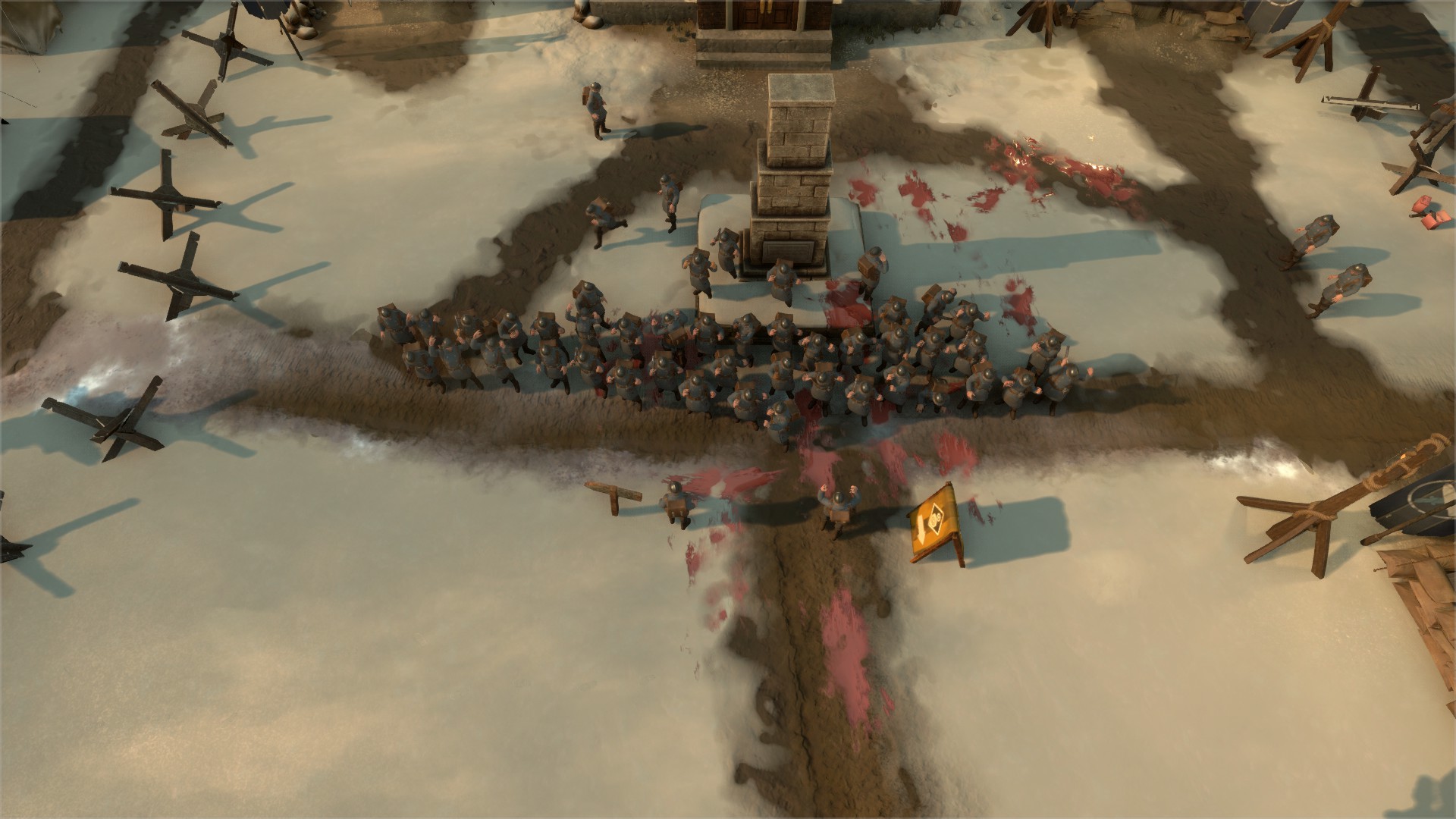 When a screenshot tells the whole story.

Julius was tired. Tired, cold, and hungry. Those were the only three things that really mattered to him at the moment. Surrounded by a few dozen men, he was one of the lucky ones to have made it this far. First Deadlands, now Callahan’s Passage. He could still hear the faint sounds of fighting down below, Colonial battalions engaging the defending Wardens. As one of only a handful of soldiers considered qualified, Julius had the good fortune of being assigned to the mountaineering brigade, although others had quickly come to call it by other names, mostly due to the high casualty rate. This was not the first mountain they had climbed, and this was not the first time they had lost men during the ascent. Worst of all were the Warden marksmen that had been picking them off as they climbed the steep mountainsides. He grumbled. They’d only get a momentary rest before the assault would begin in earnest. The Wardens had been shelling Colonial positions for days, while almost impervious to counter fire. Wiping the snow off his submachinegun, he checked the bolt again. The blasted things weren’t made for this climate and had a tendency to jam at these temperatures. He had lost count how many recruits had been killed when their weapons seized up in close quarters. That was all these mountains were, close quarters. The Wardens had built trenches and blown tunnels wherever they could. They had the upper hand, and everyone knew it. Even still, they had been tasked with clearing them out and silencing those guns. Oh what he wouldn’t give for a flamethrower up here.

This story reminds me a lot of a similar experience I had on the cliffs of Vulpine. And every great story is one that includes the fixing of bayonets. 10/10

Really digging that beard man. God I wish I could grow hair like that. Not that my fiance would let me, but still.

These videos are great. I really appreciate the editing.

HelpingHans has been hosting this bootcamp every friday for the last 3 weeks. Check it out. It's a pretty great way for new players to get into the game. 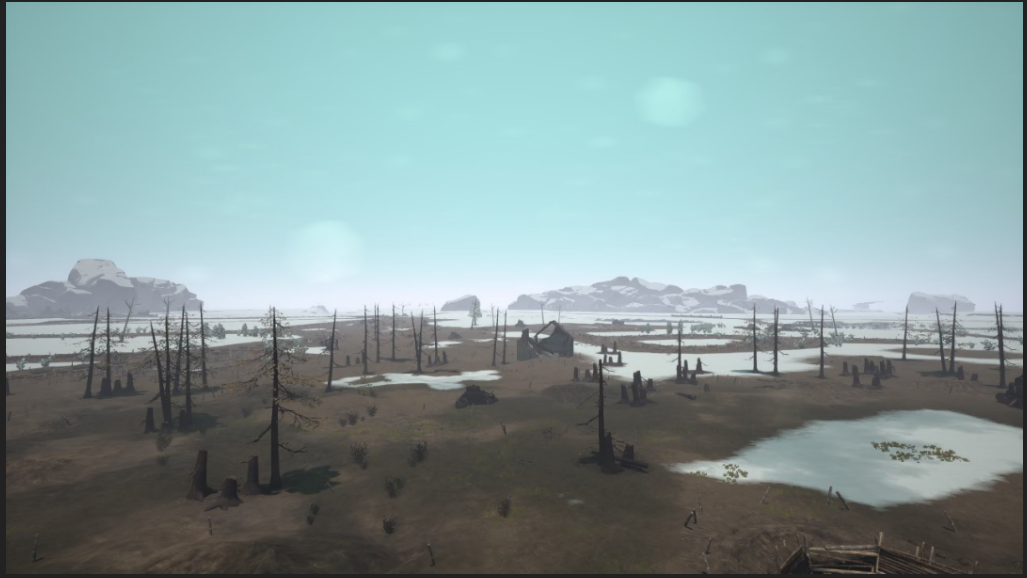 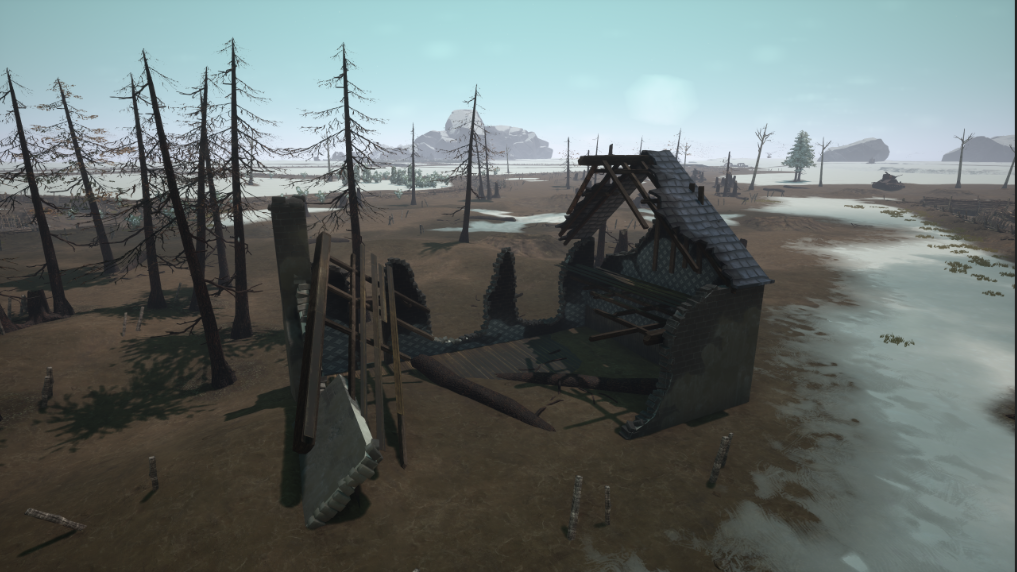 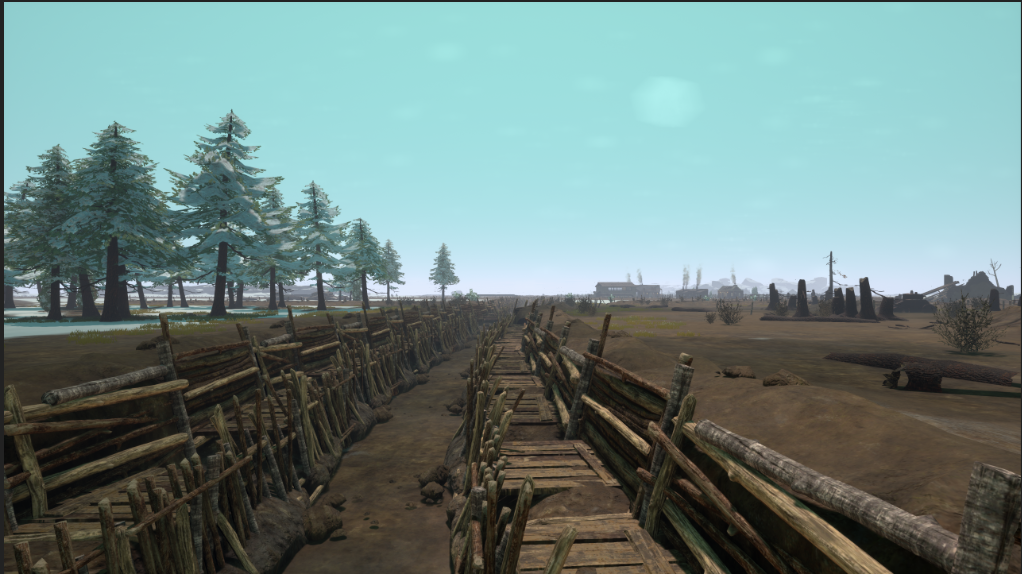 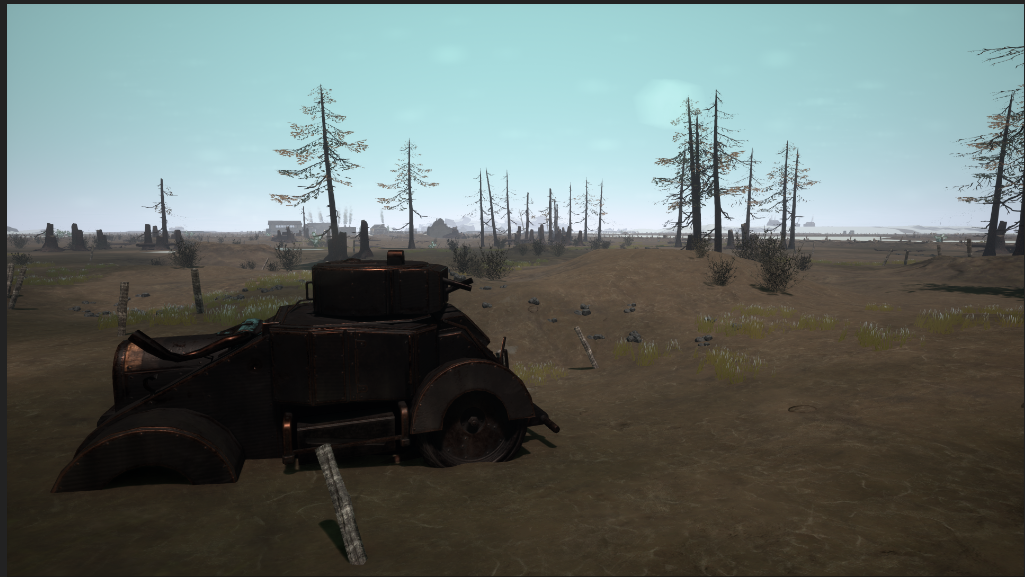 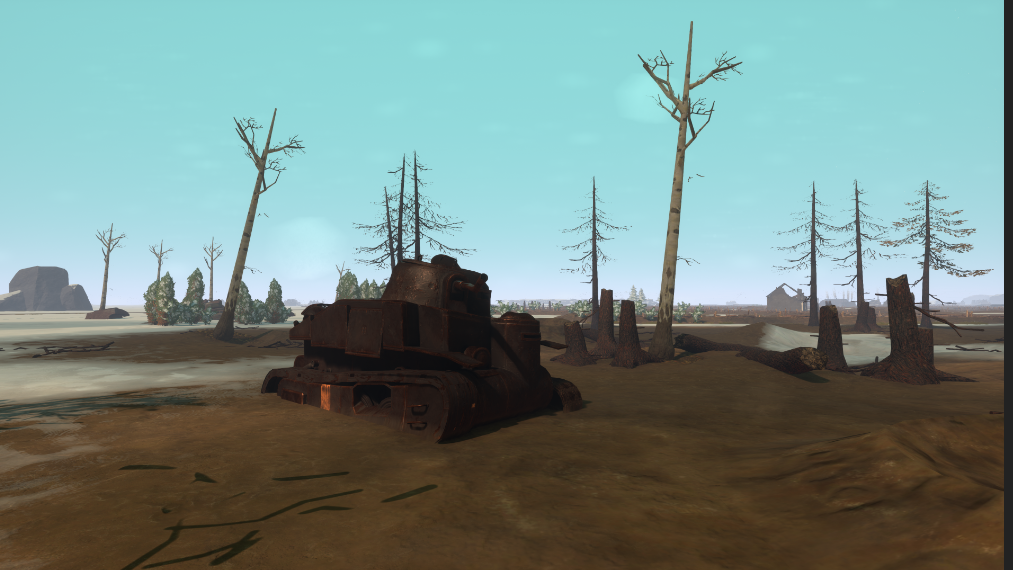 These are some sweet shots of the new trench area on Mooring County. 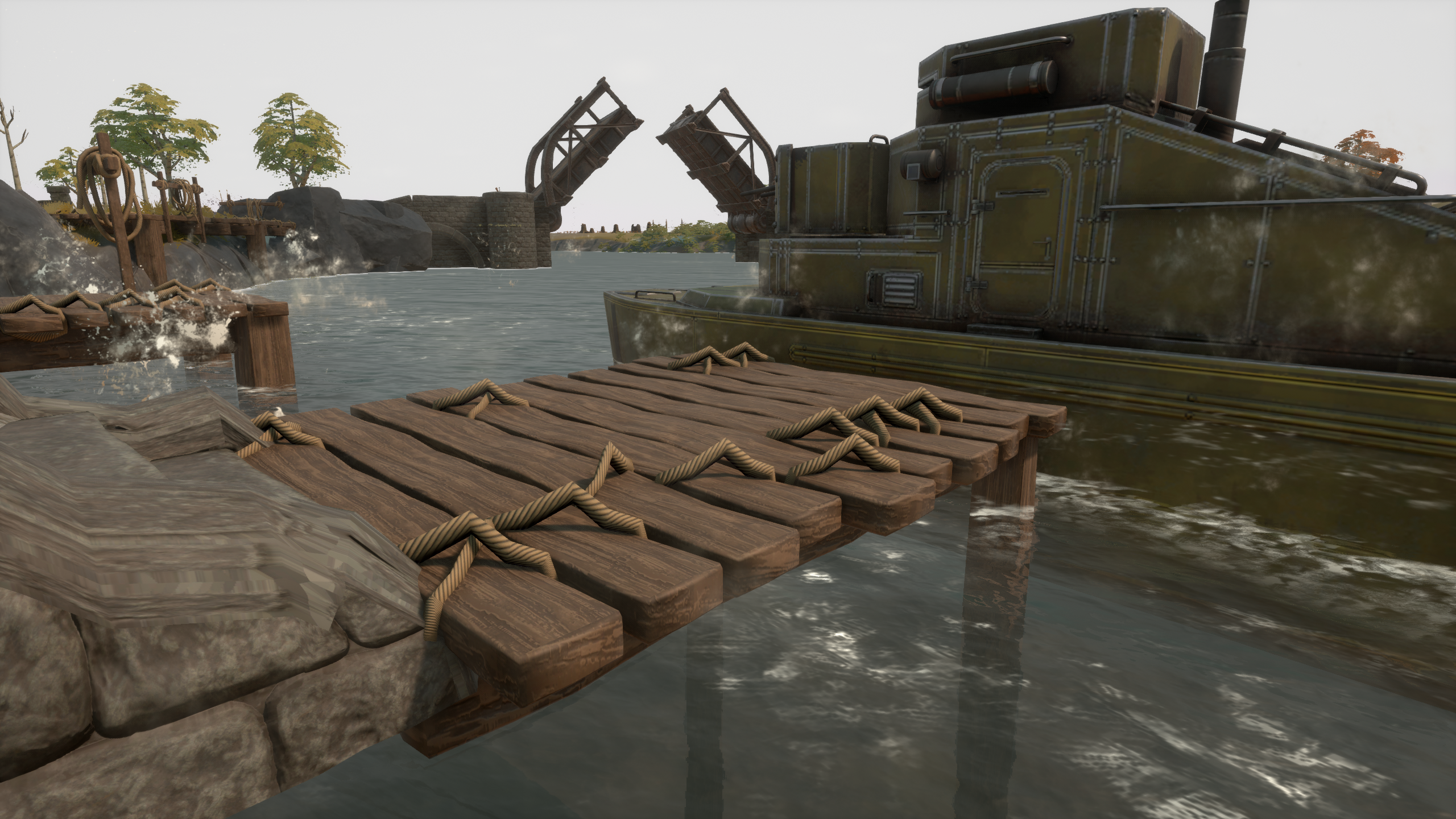 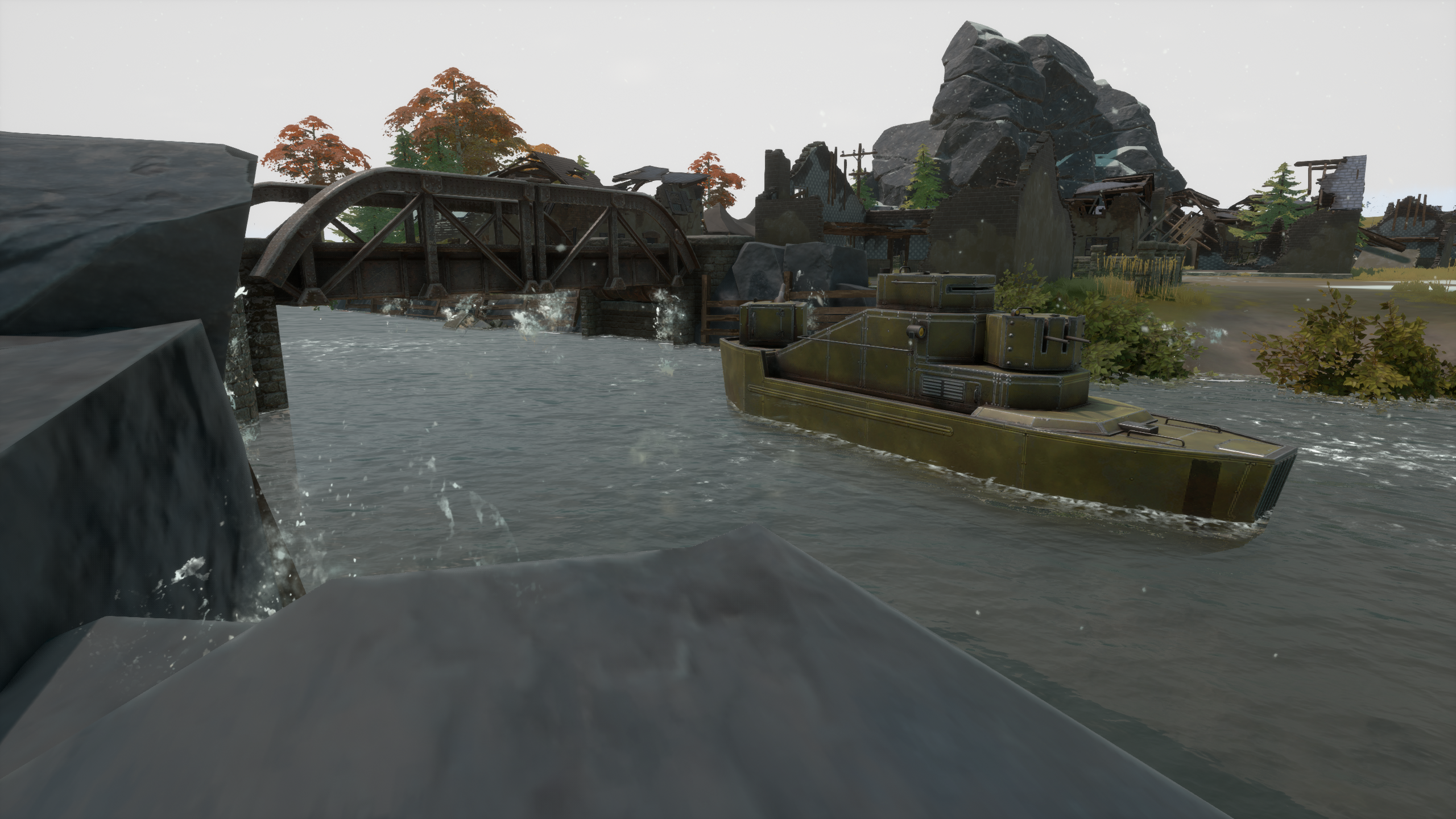 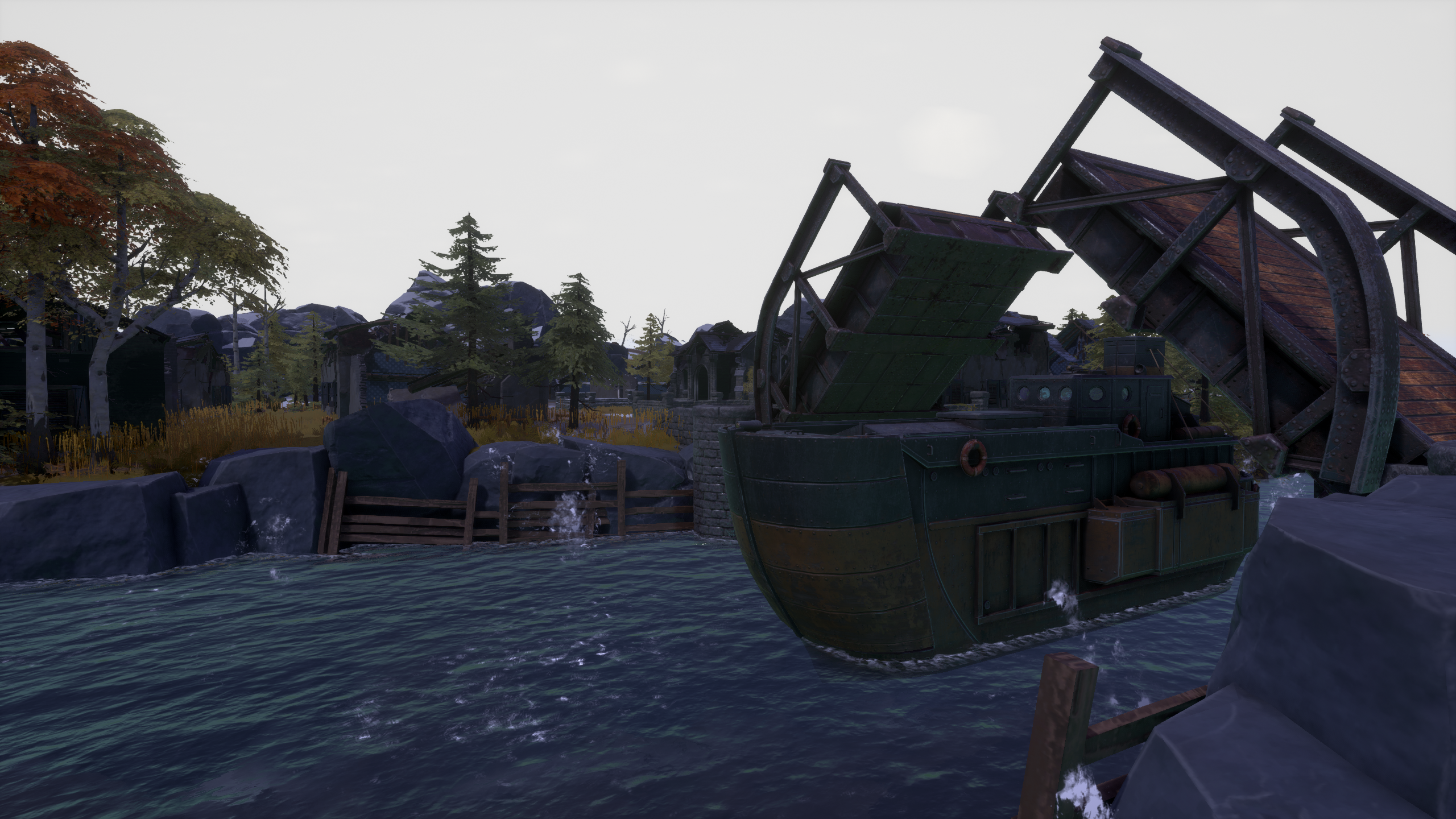 Boats in Deadlands! That's so ridiculously cool. I can't wait to see what players do with this. 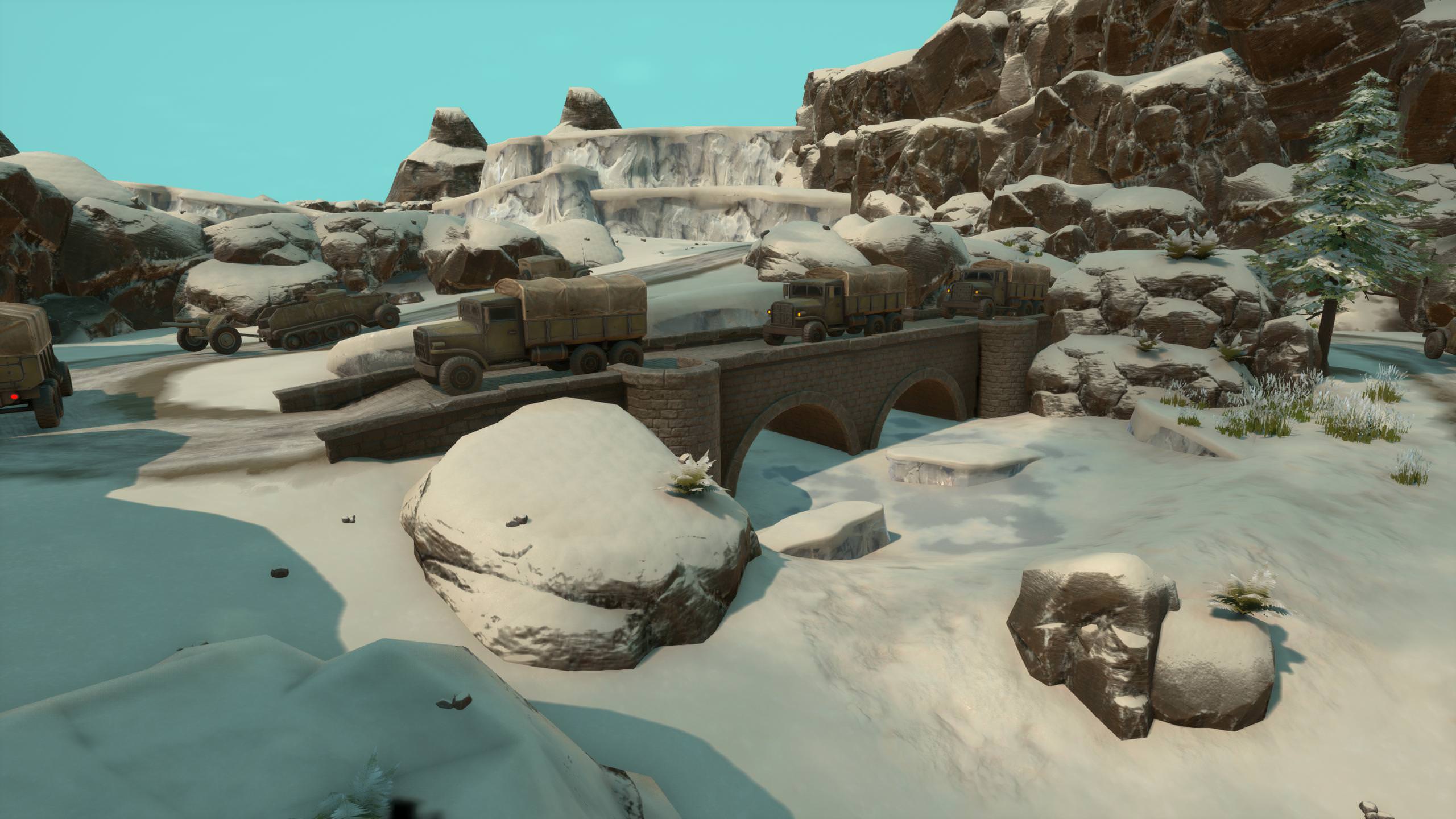 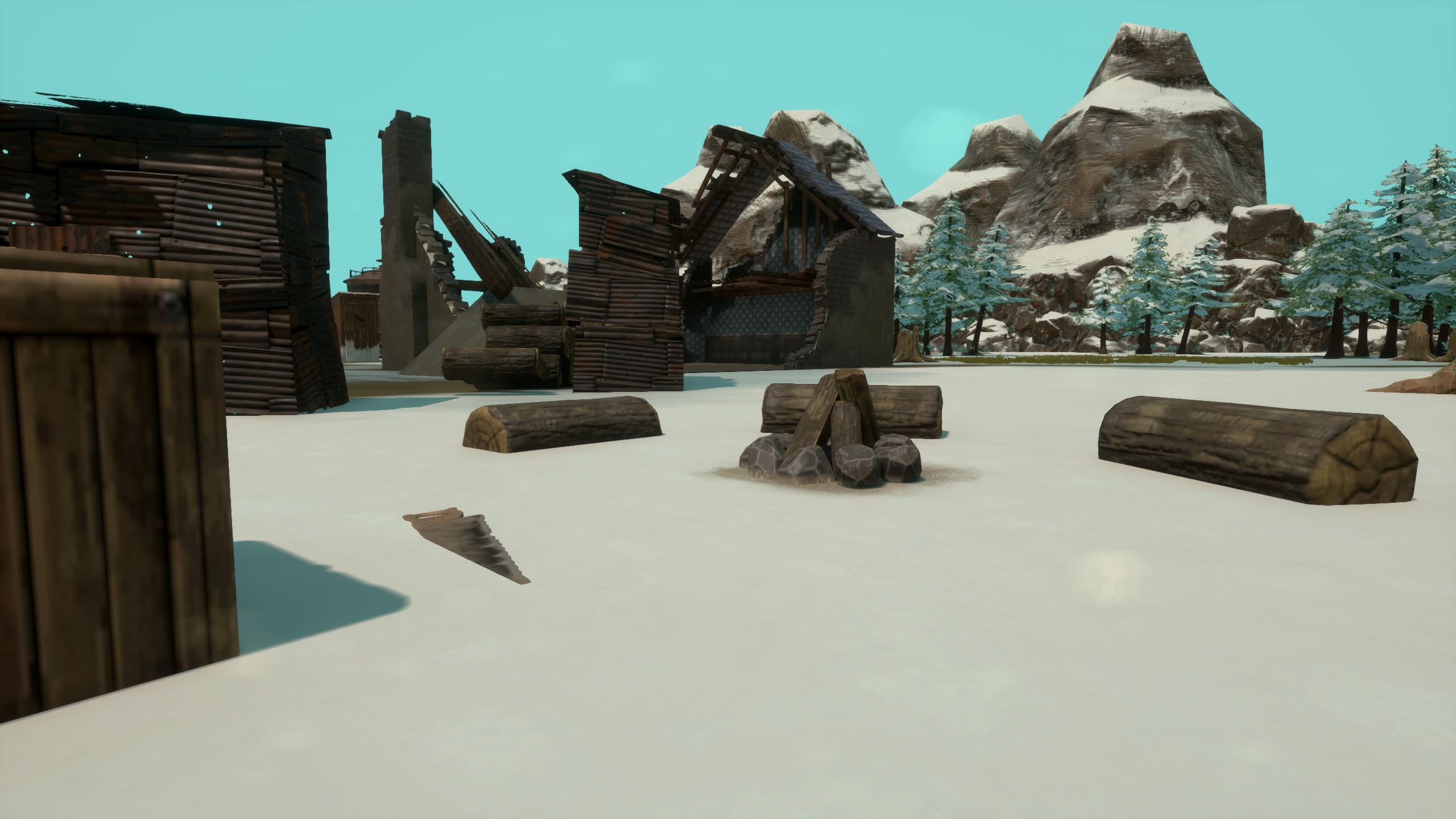 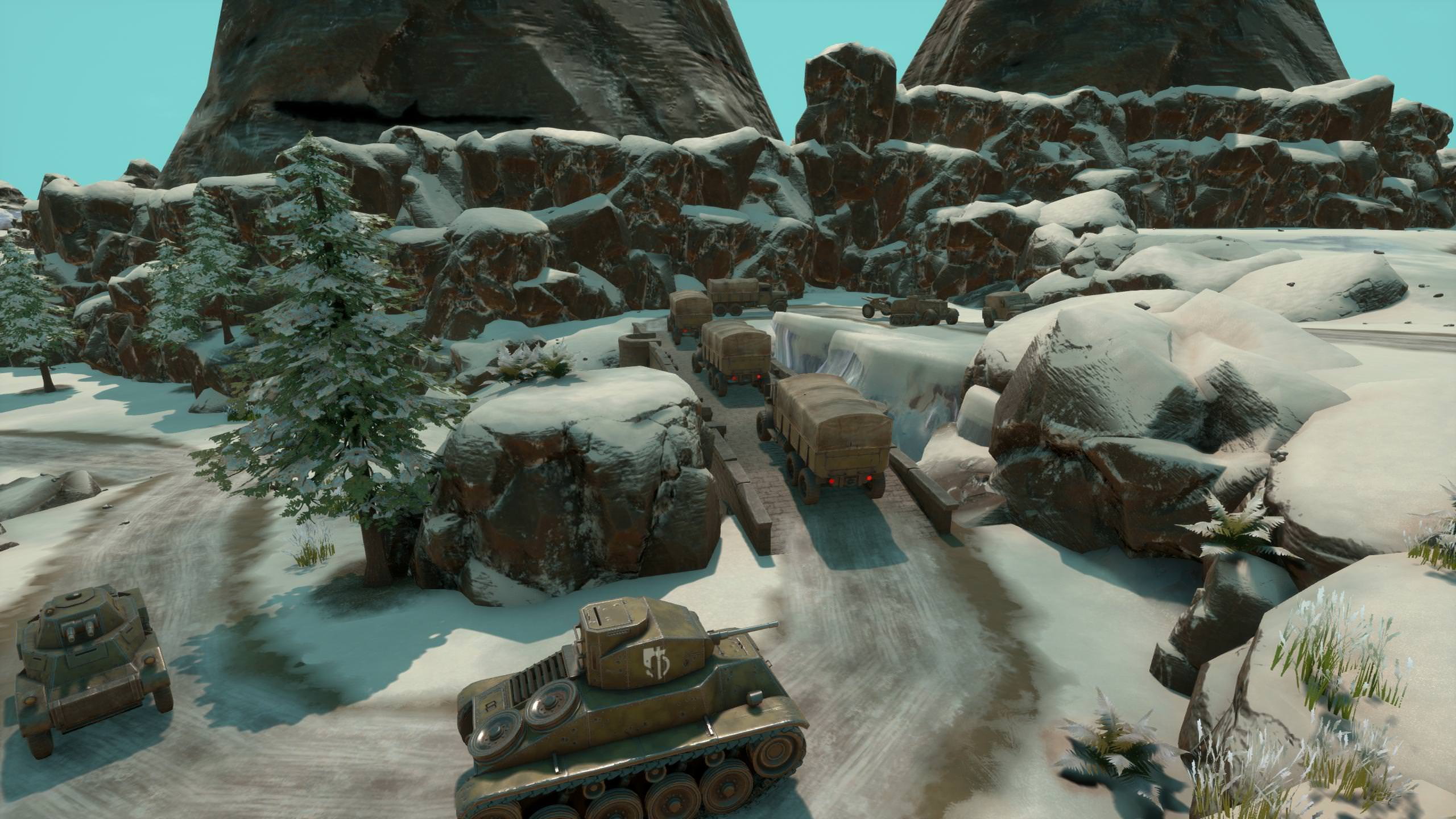 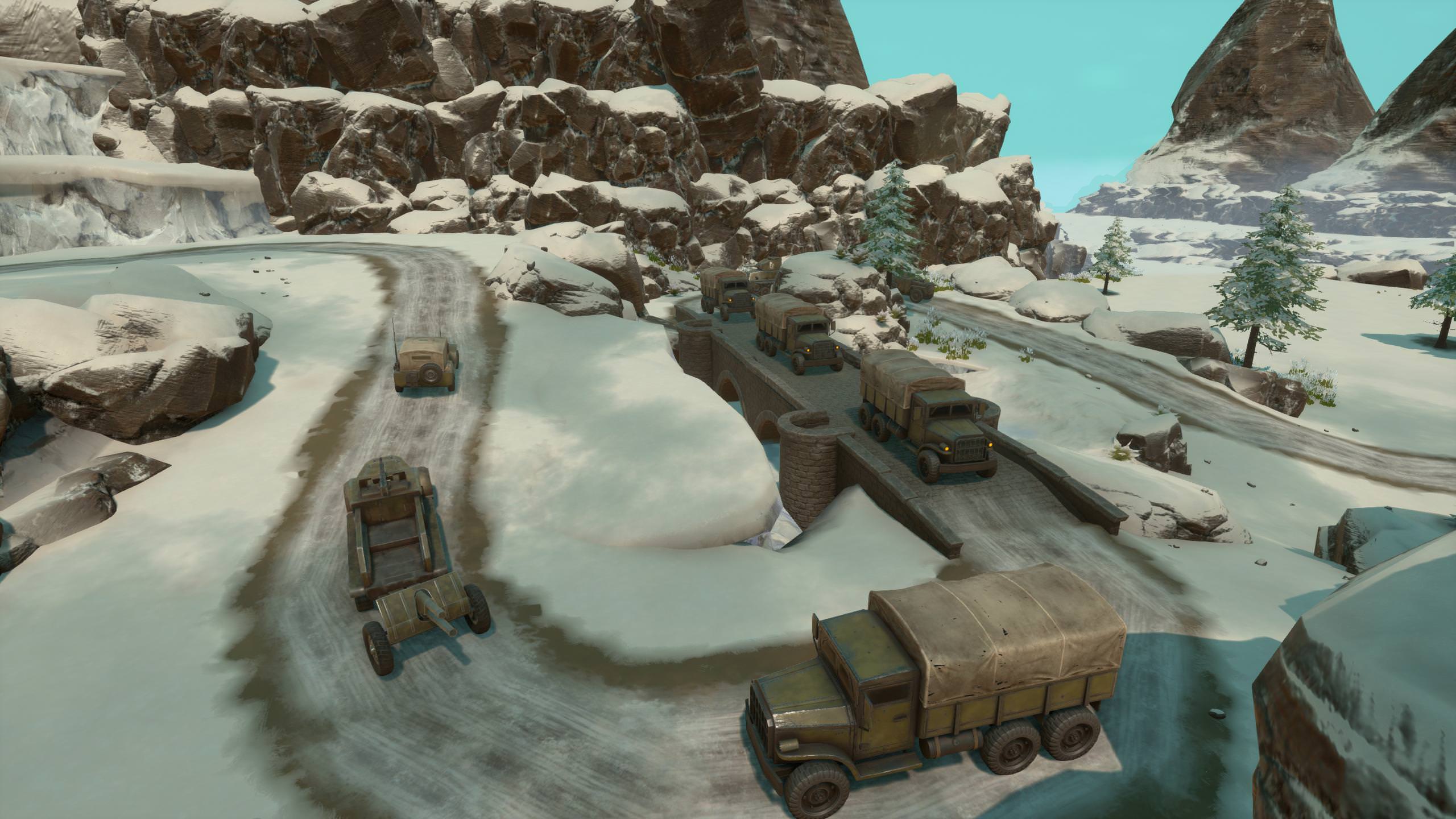 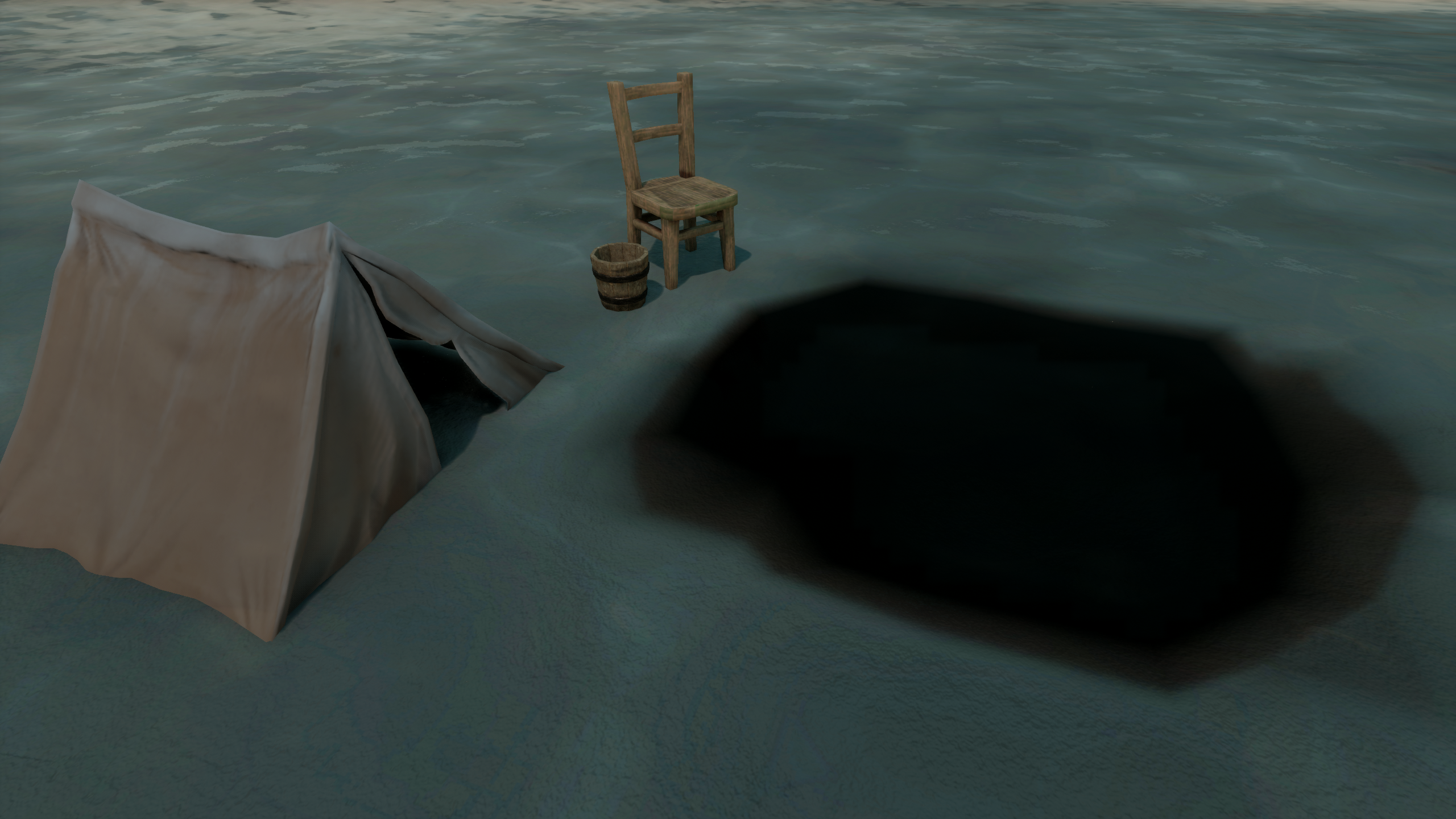 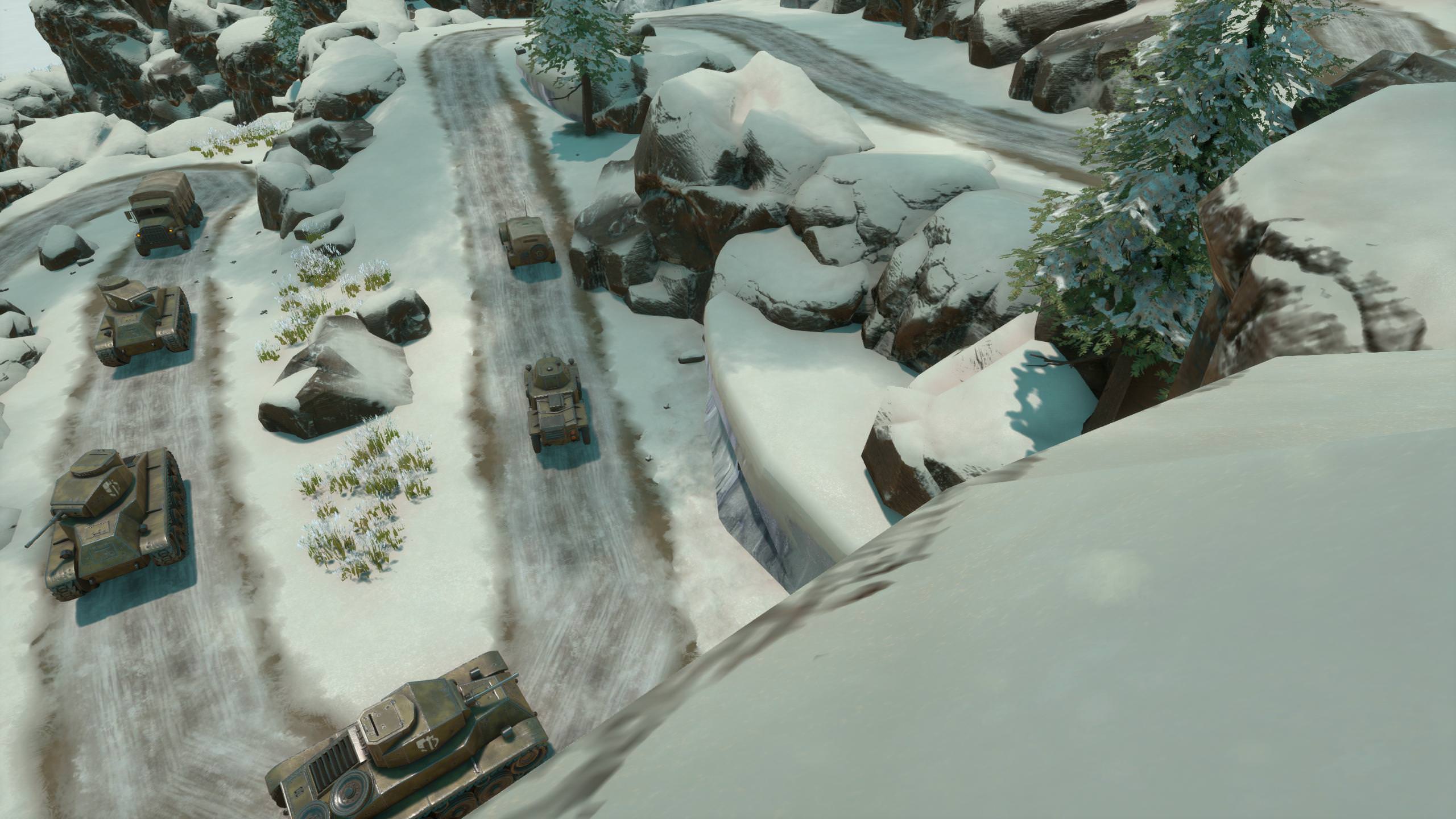 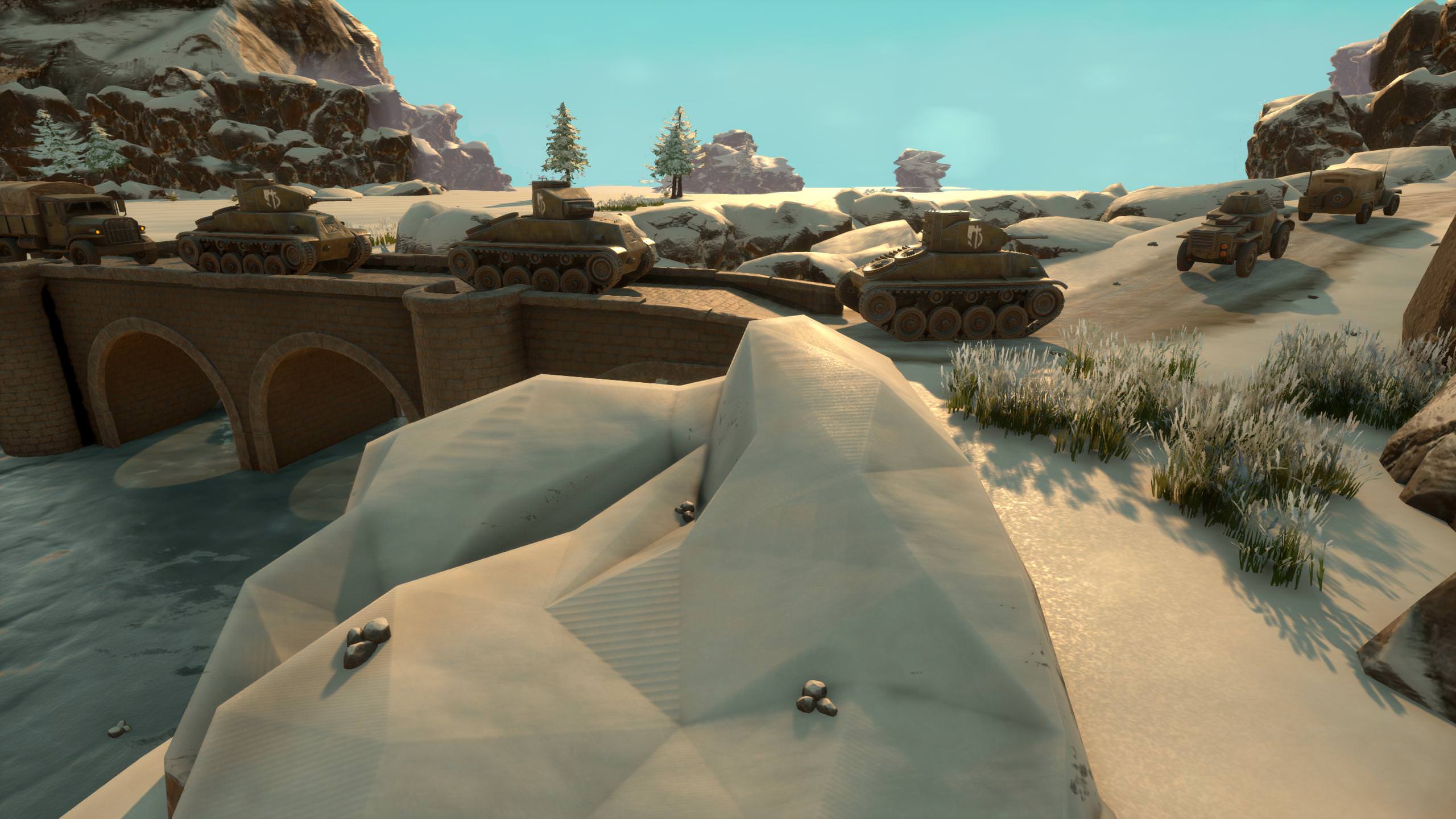 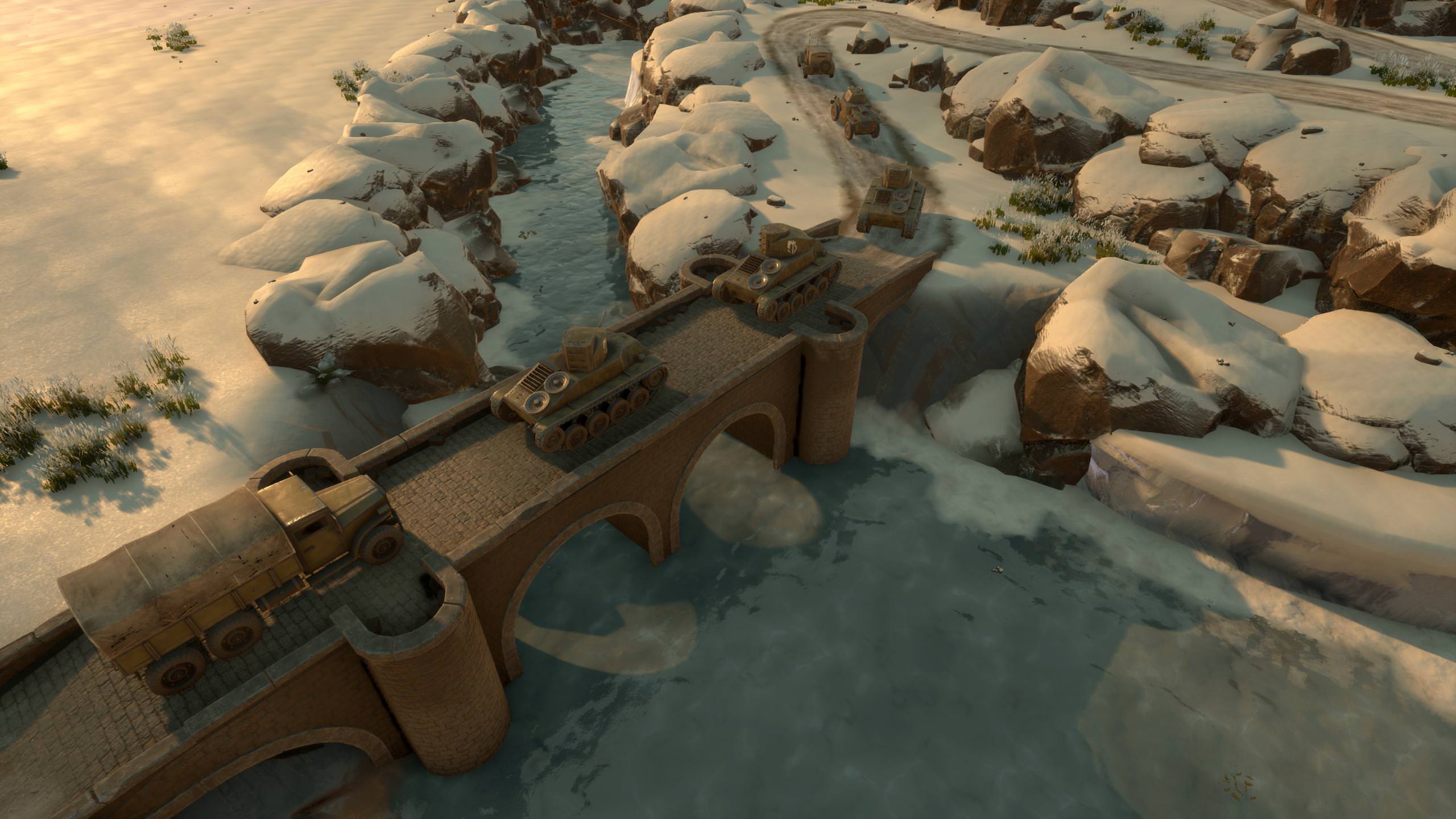 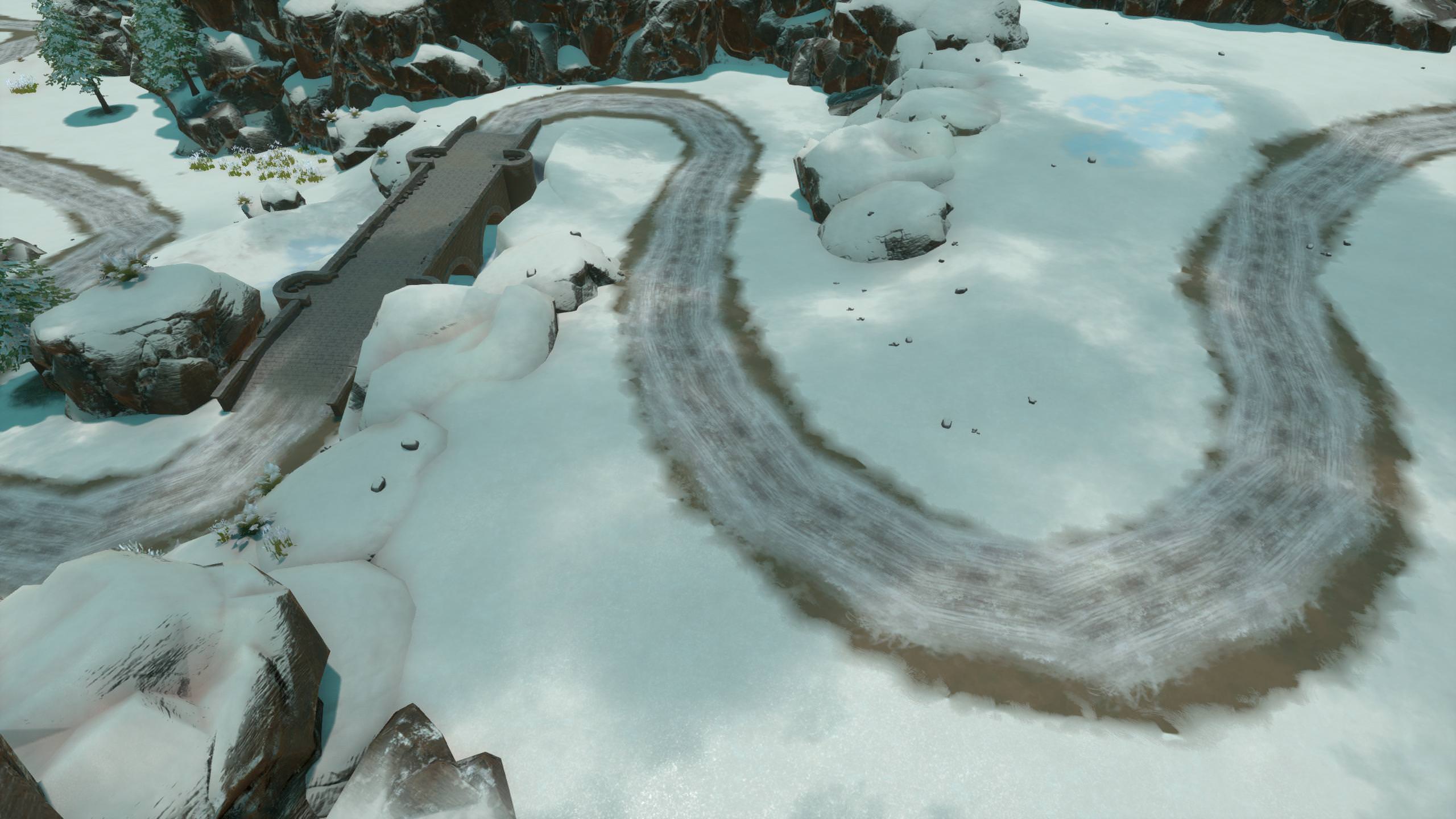 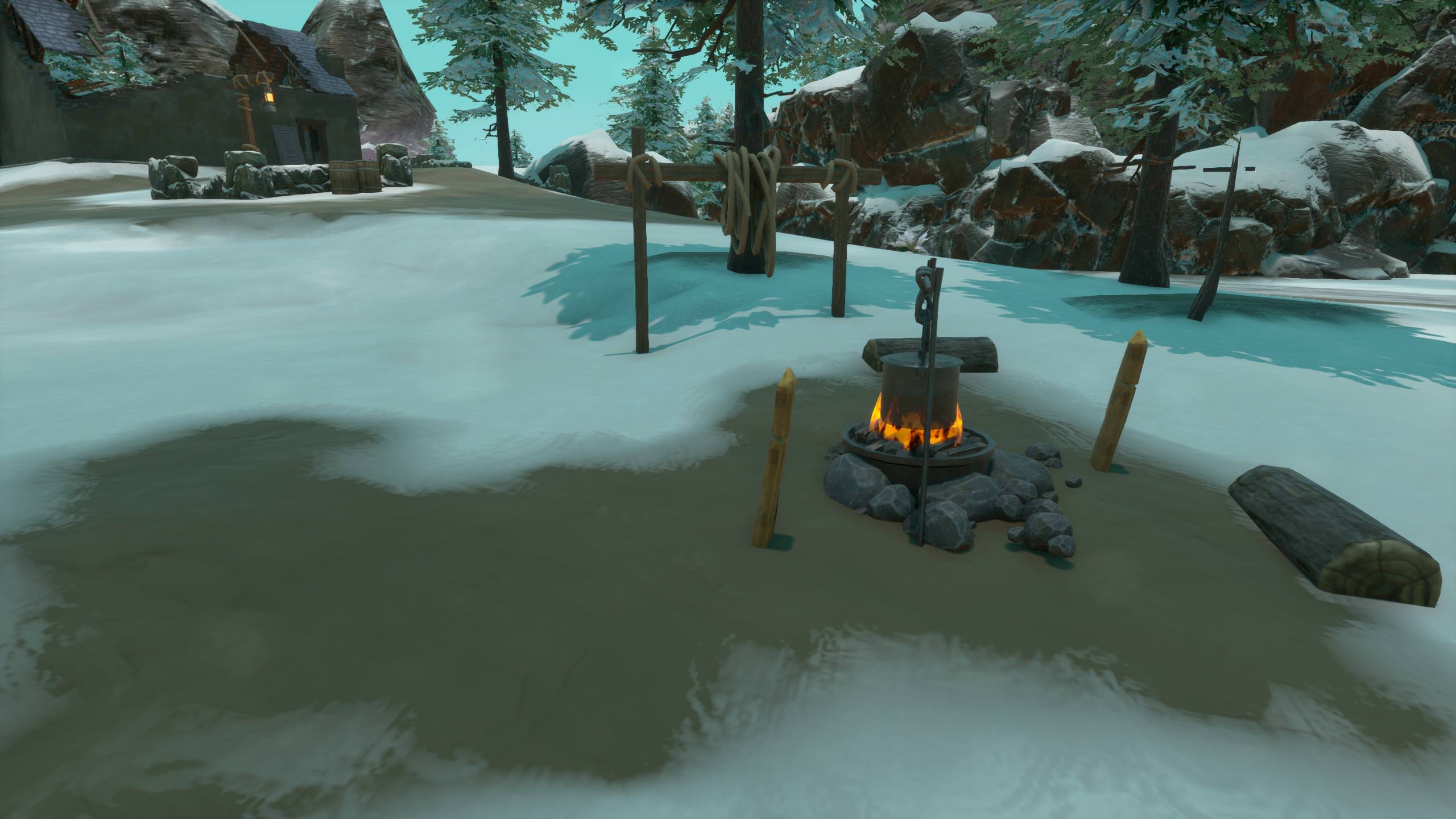 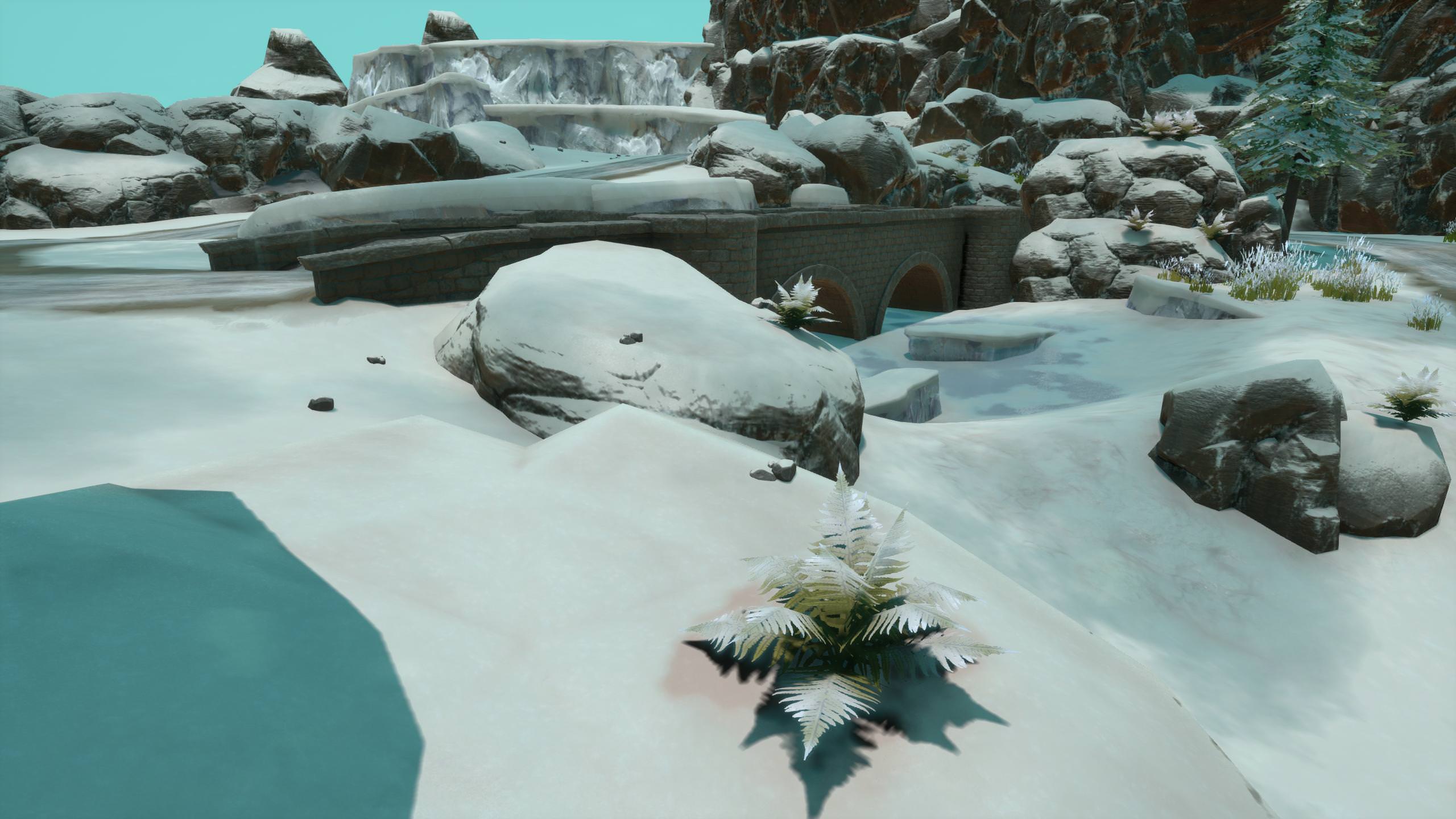 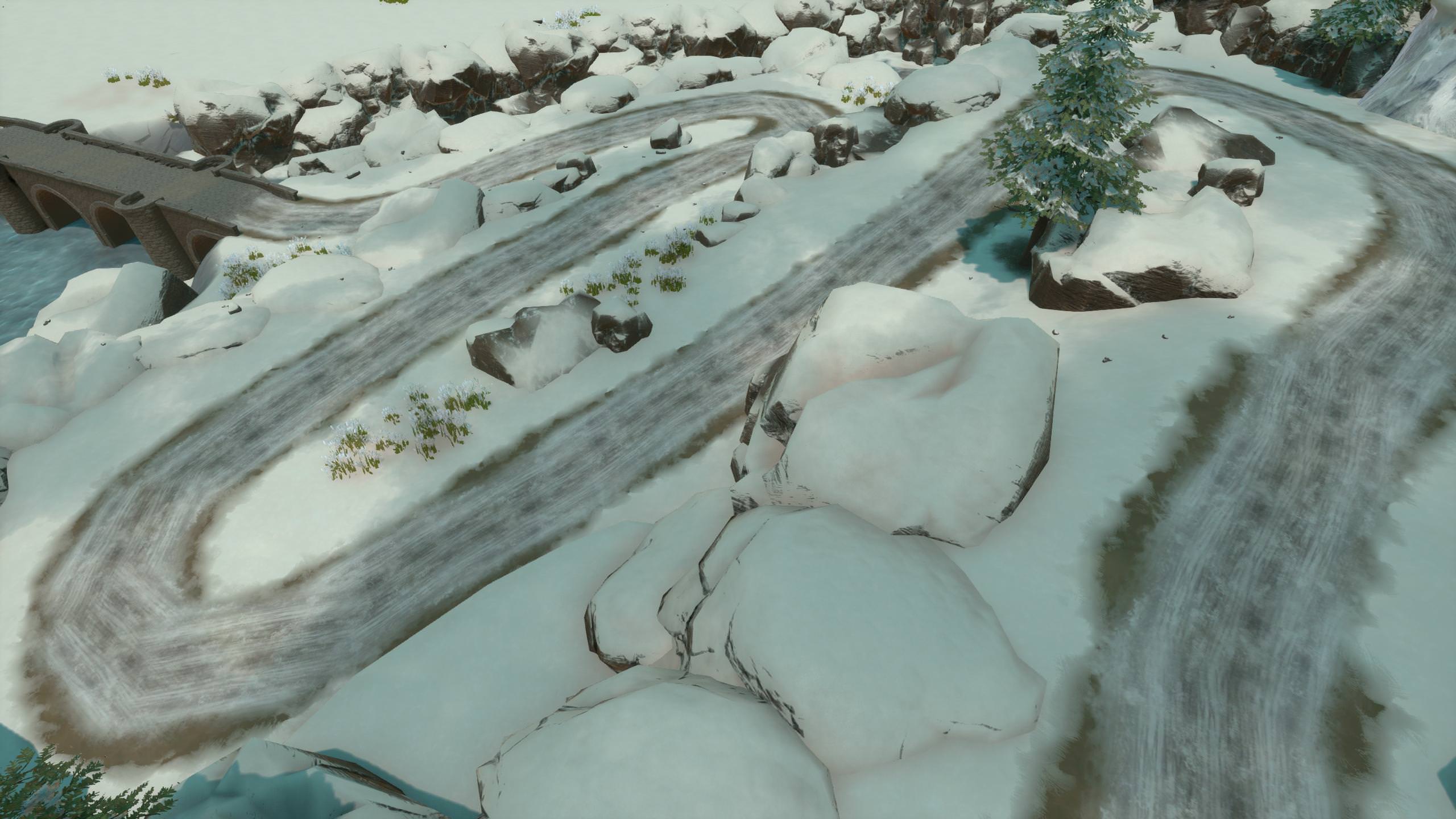 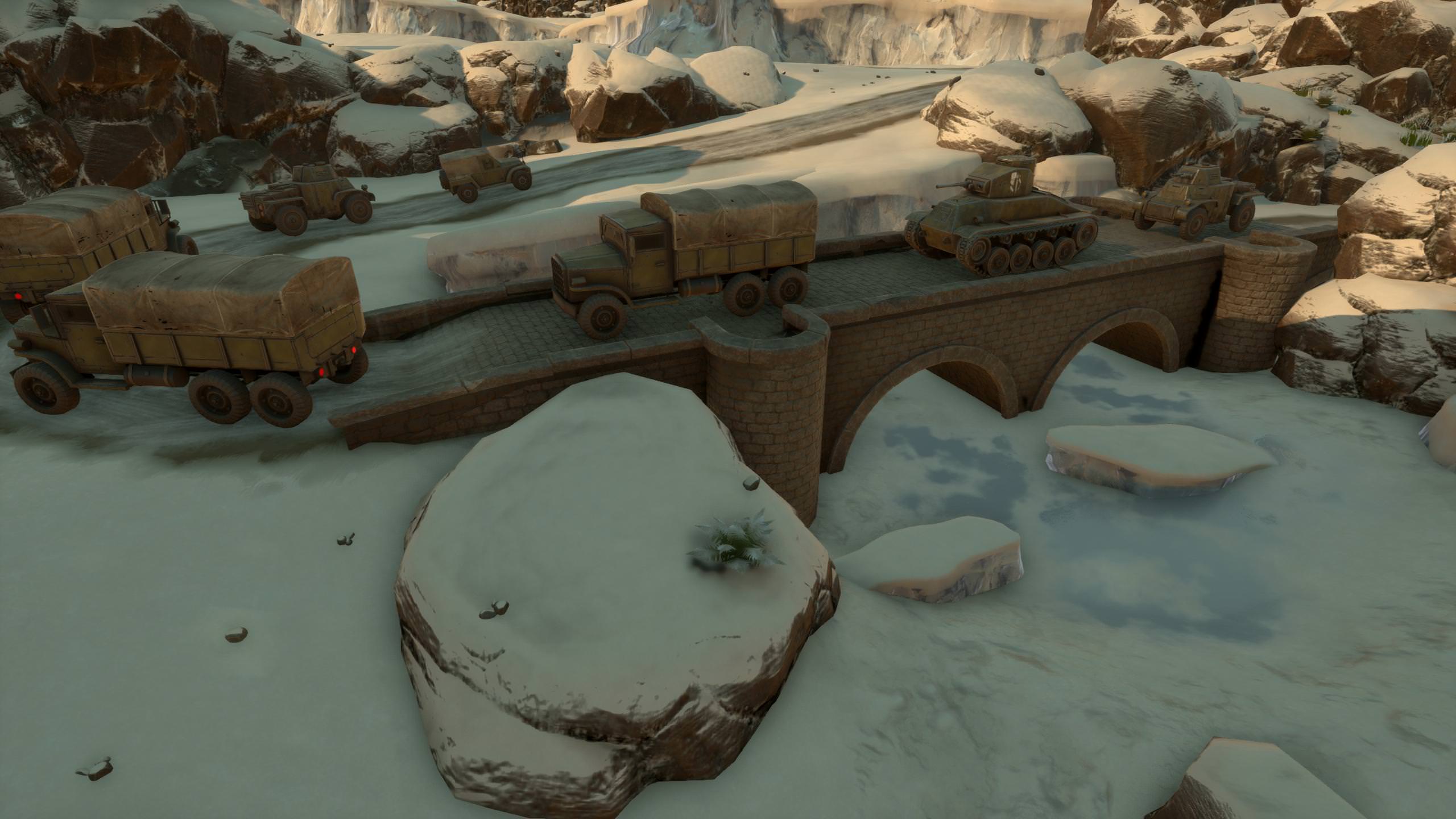 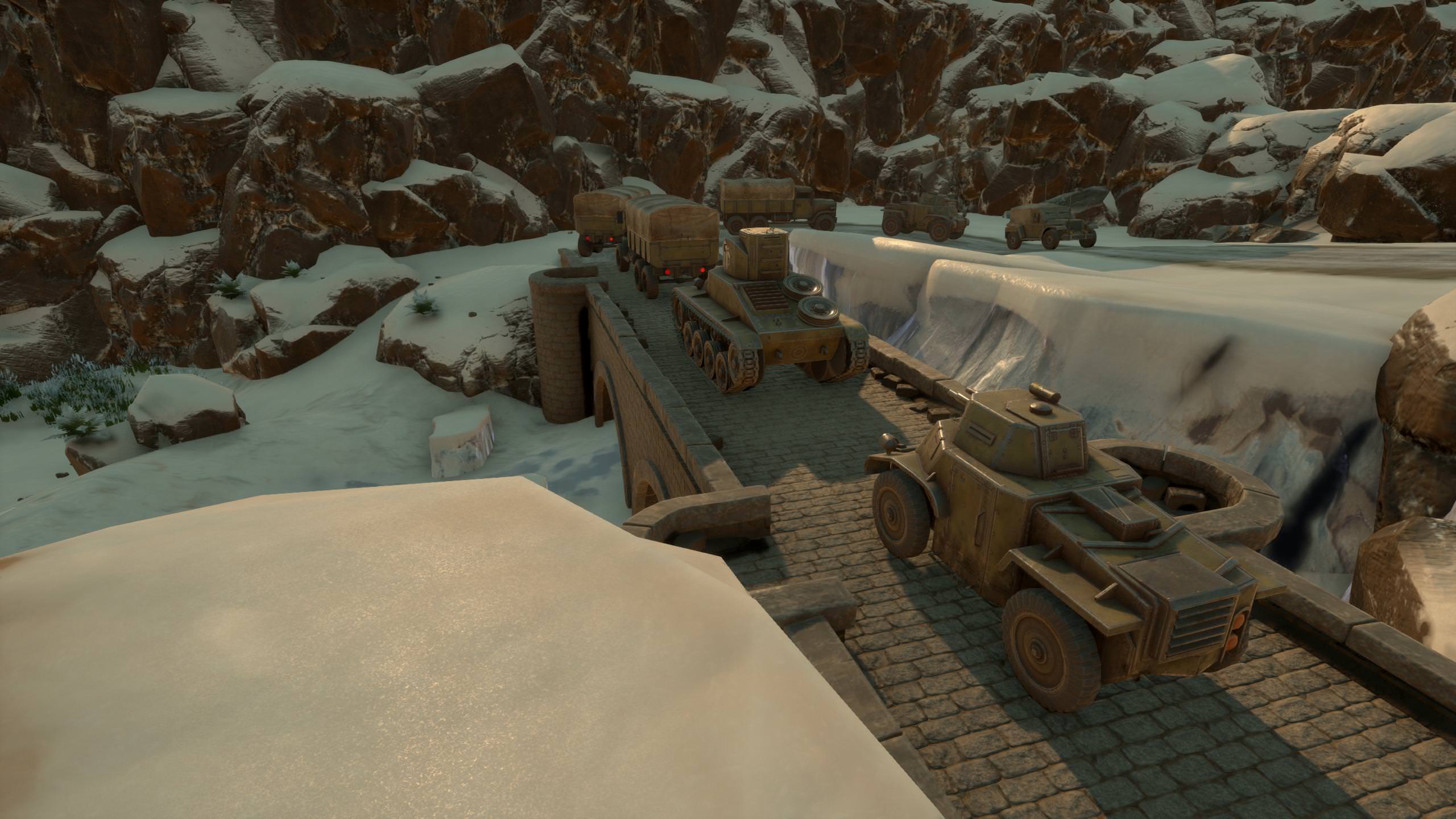 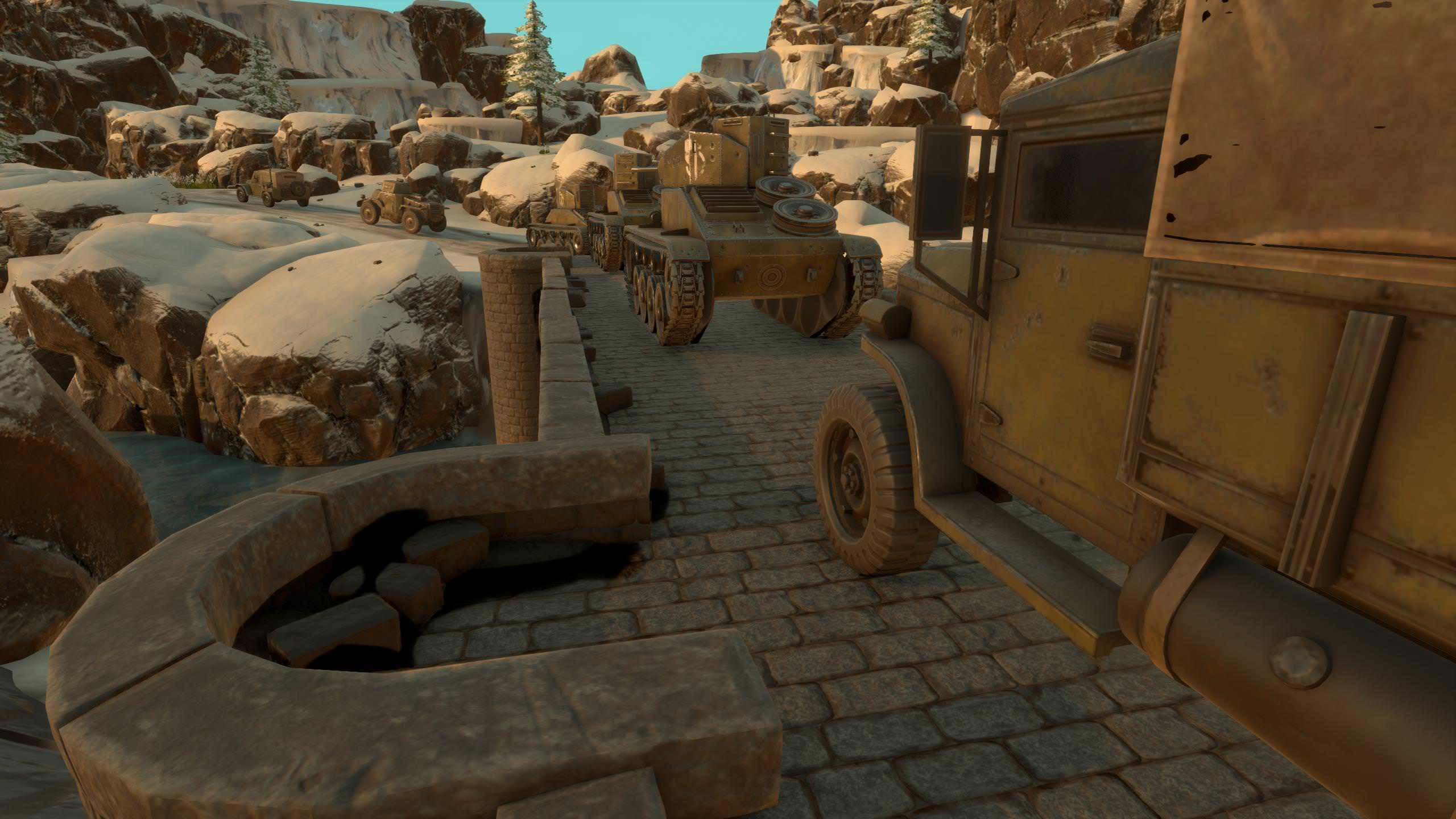 These epic pictures of Reaching Trail. Those vehicle poses.... so perfect.

Thanks everyone for all the fine work you've put into this. There have been some incredible leaps in talent from so many people. These past few years we've seen a maturity in both styles and attitudes. I can't wait to see what you do next. As always, if you want to get your work featured, make sure you put it into the #creative-streamplug channel on our discord.