I really want to commend the collaborative pieces on this Community Highlights. In addition, this week we saw the return of the 2nd Annual Foxhole Festival, which earned itself a special place in these highlights. During the festival, dozens of players gathered to put together a chain of events that players could enjoy over the whole weekend including: hunger games, team death match, tank battles, fist fights, and more. Take a look.

Lisek created this great piece by combining two of our already-exceptional community contributors... PressCorps and Freerk. It's done in the style of Freerk's notebook drawings, depicting PressCorps (CaptainInArms) in the field. Seeing this sort of thing gives us such a sense of pride, illustrating that our community is not only connected to us, but to each other as well. Thank you for this.

This takes the style of the warden truck then makes it look tough as nails. I read the suggestions on this one too... I really like where this one is going 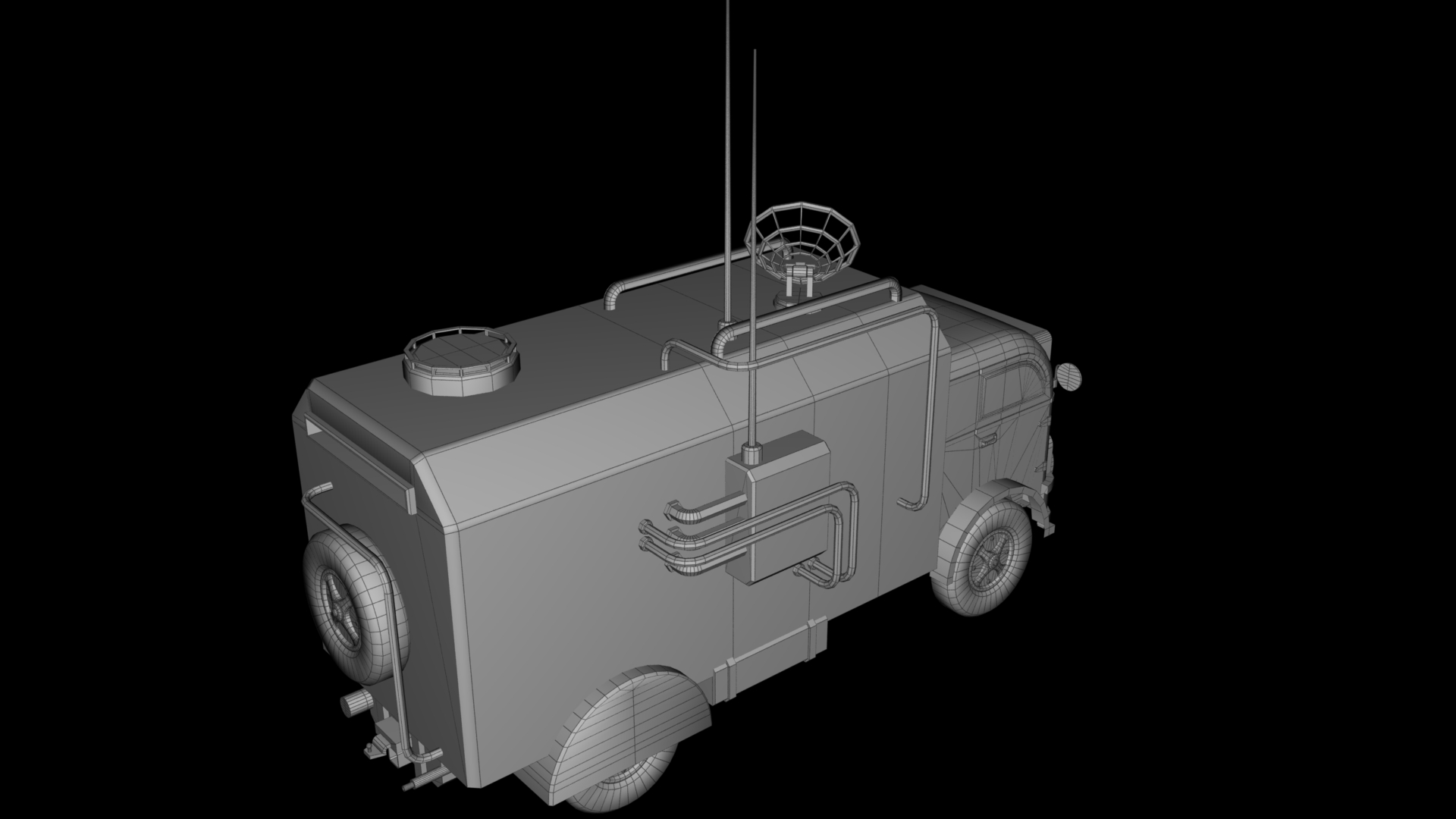 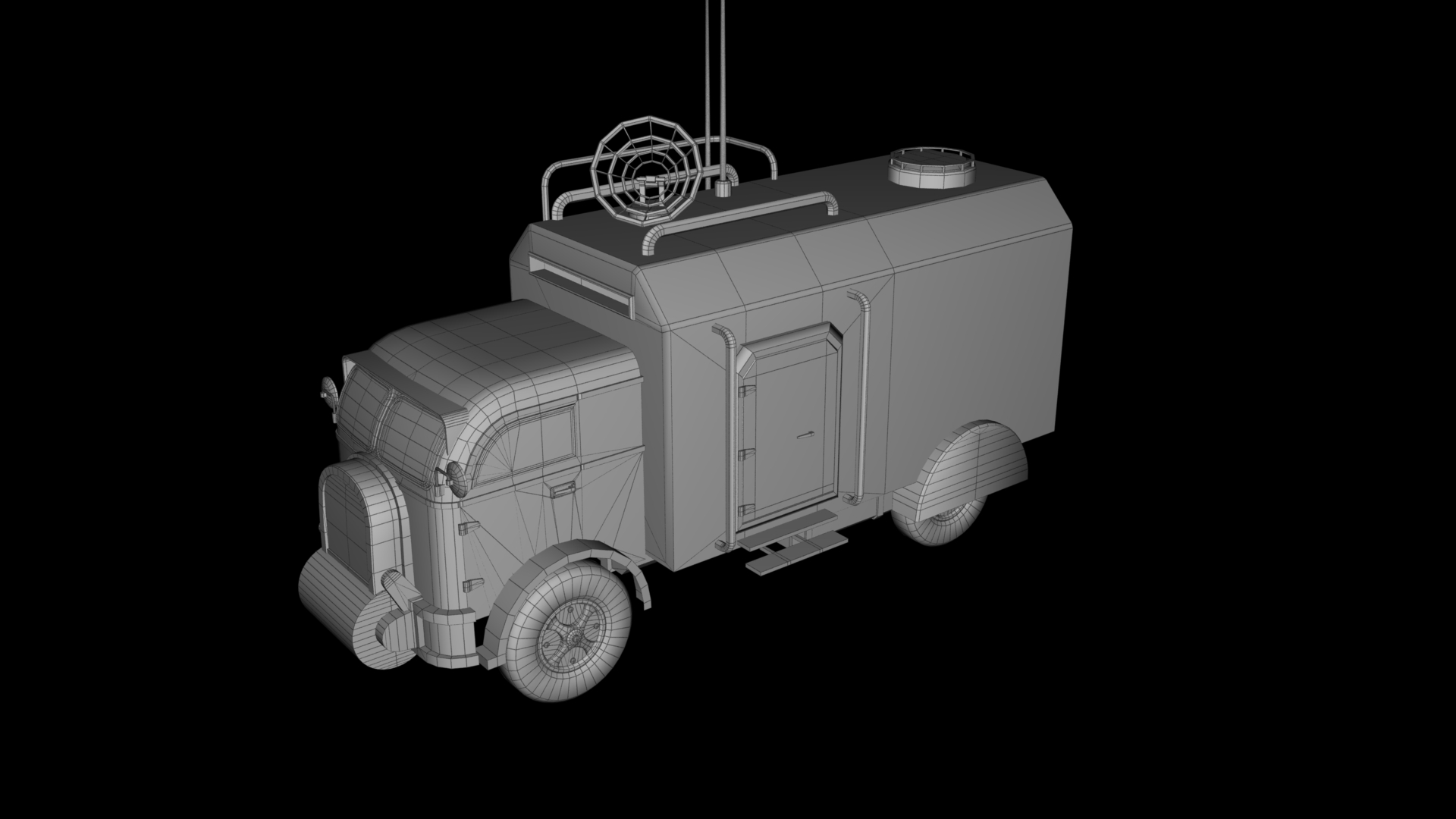 Look familiar? That's because its a 3D rendering of the concept drawn up by Freerk. Another really great collaboration on a concept that is taking on a life all its own...

Okay now you're just rubbing salt in the wound... (This was posted after War #4)

This was actually drawn by a friend of However's, but I think it belongs here, even if I can't properly credit it.

This almost made it into the propaganda section but the drawing was so good I think it deserved to be here.

One time, I convinced Engineer to stay up late painting another one of these. Sorry! But i'm looking forward to seeing the complete army. 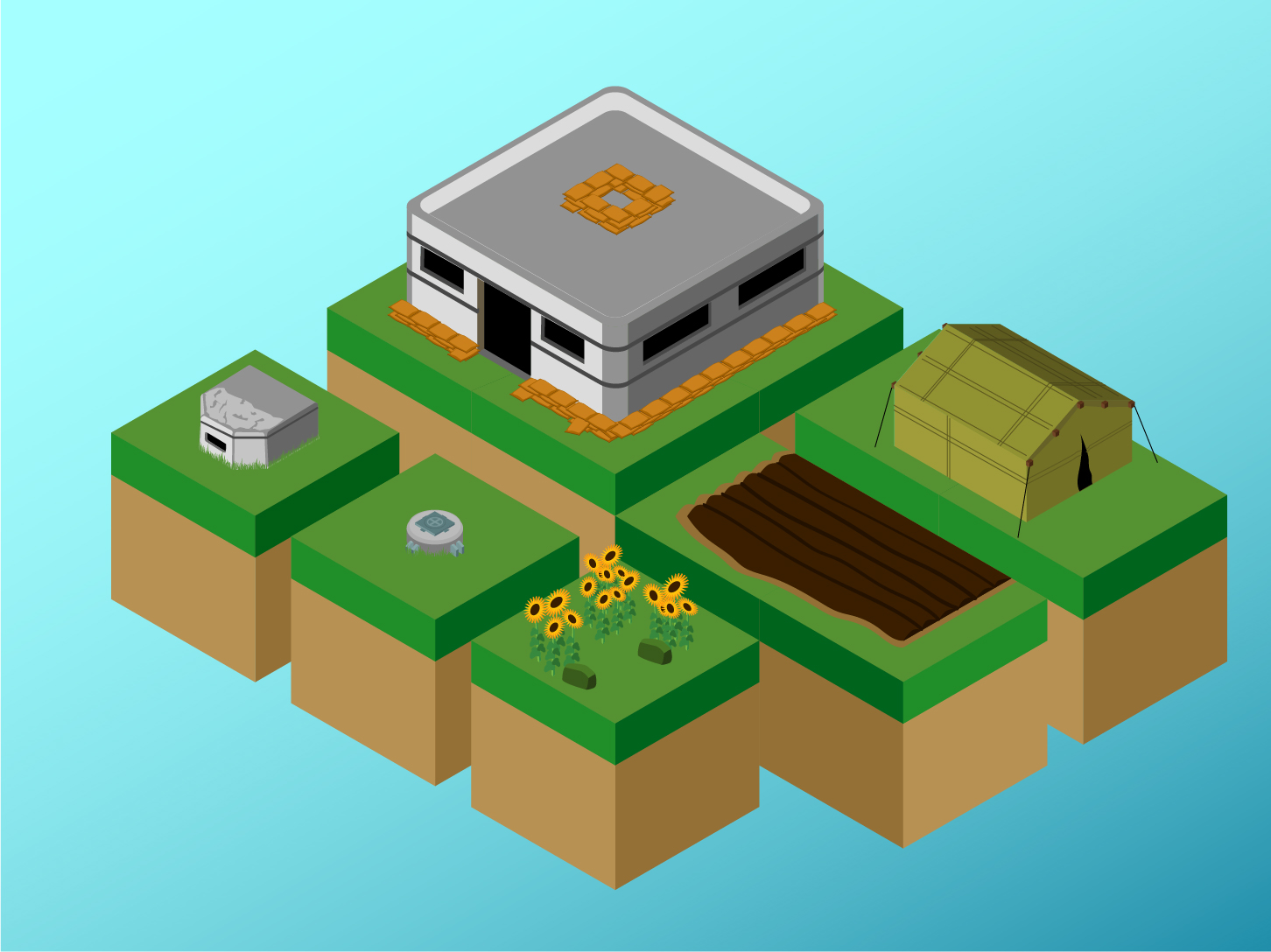 More isometric Foxhole! I feel like there's a mobile game in here somewhere....

Why store the ammo outside the tank?? That seems like a terrible idea!

There's something written on the side of the tank. I can't quite see....

And now for something totally different!

I really love these news stories and pictures. That's so perfect... this combined with PressCorps - you guys need to put together a webpage.

The stylistic differences between these shows great artistic exploration. Keep it up!

Ok... Be honest. You did this when you should have been doing your schoolwork. Pay attention, damnit!

I love the detailing on that train. Really impressive, especially given the angle.

Would not want to be those guys... 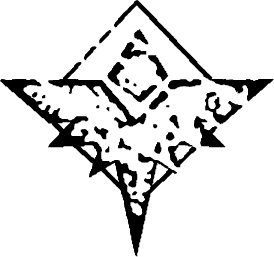 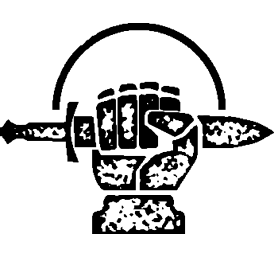 Alternative logos. Better save these. Could come in handy. 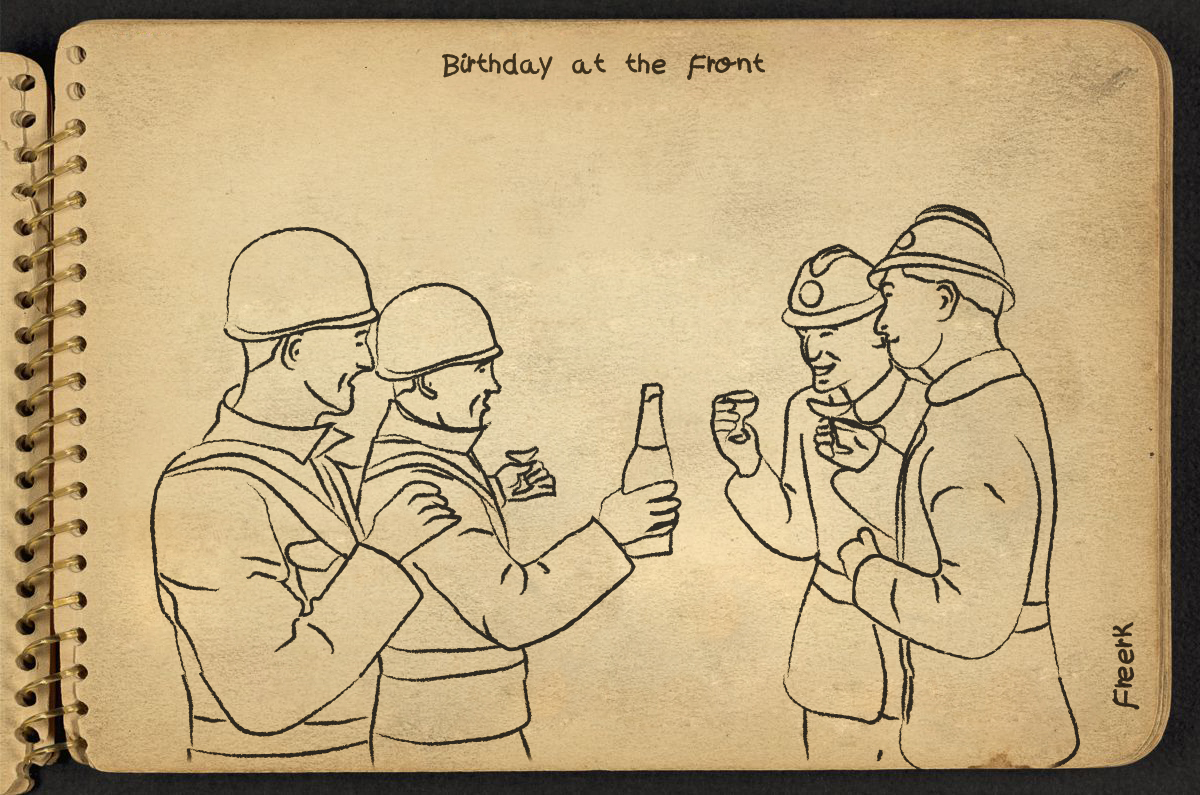 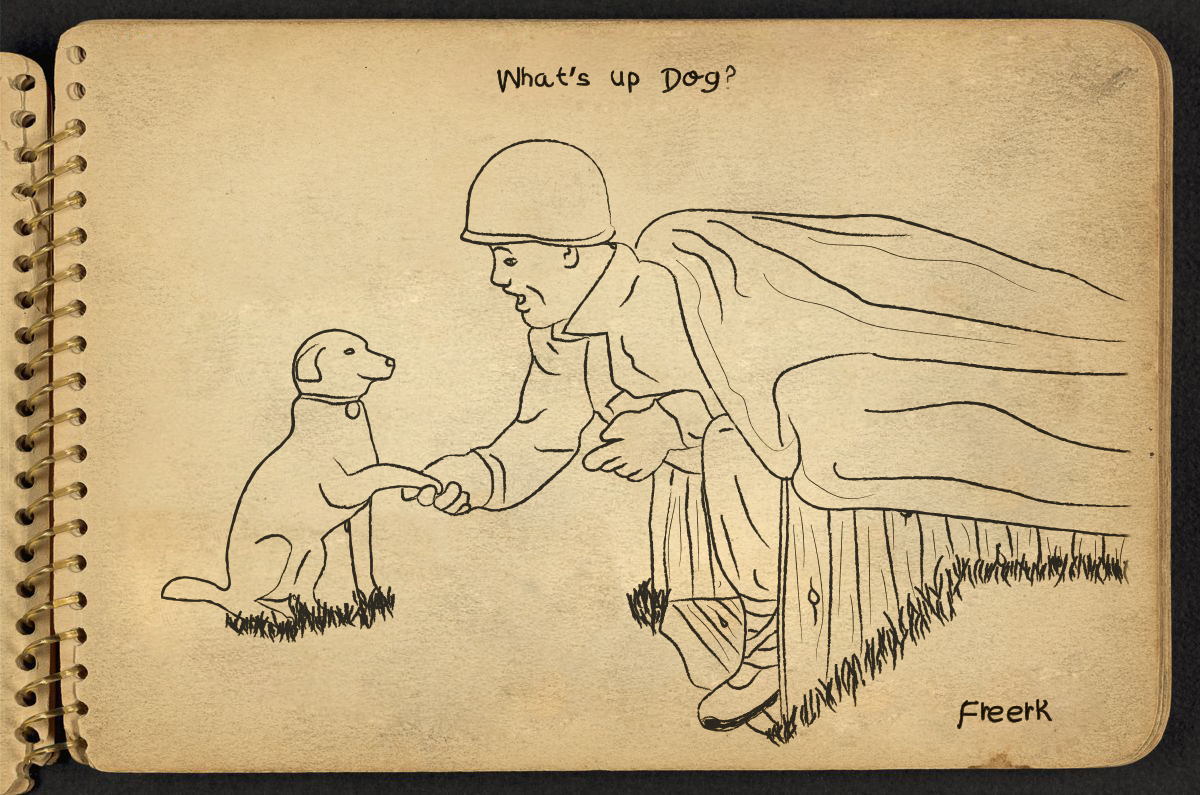 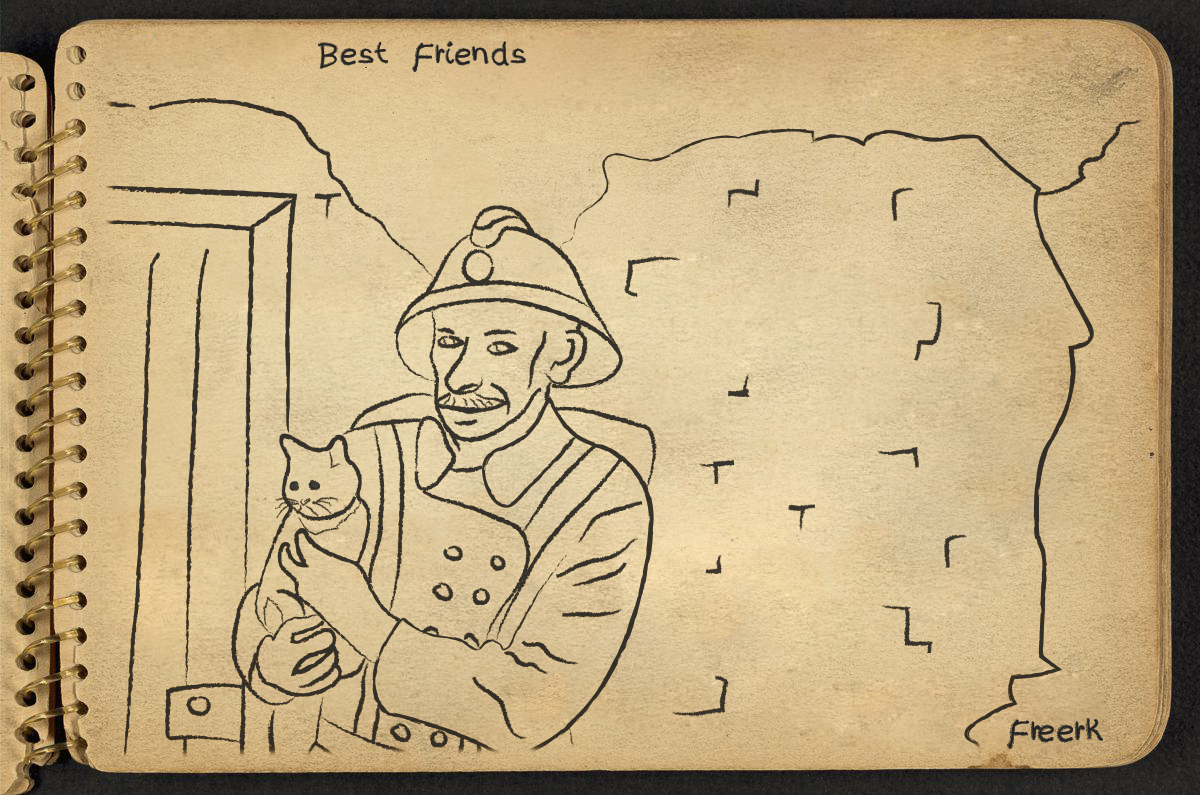 More of those notebook sketches I was just talking about! We're going to have a whole art portfolio for Freerk on this website pretty soon...

The expressions on their faces though, lol....

Great coat of arms! Wish I knew what it was for...

So spinny... Round and round it goes, when will it stop, nobody knows.

His feet! What happened to his feet!

This festival was held on the same day, last year, hosted by a group of community members who wanted to showcase the best that the community had to offer. This year, they outdid themselves yet again, and came up with a host of excellent scenarios shown in the screenshots below. Dozens of players spent days setting this up, and represents one of the largest events Foxhole has ever seen. Check it out! 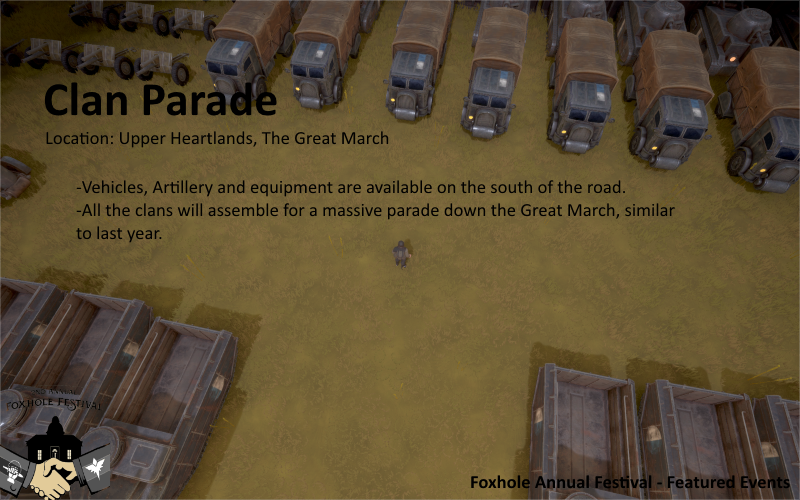 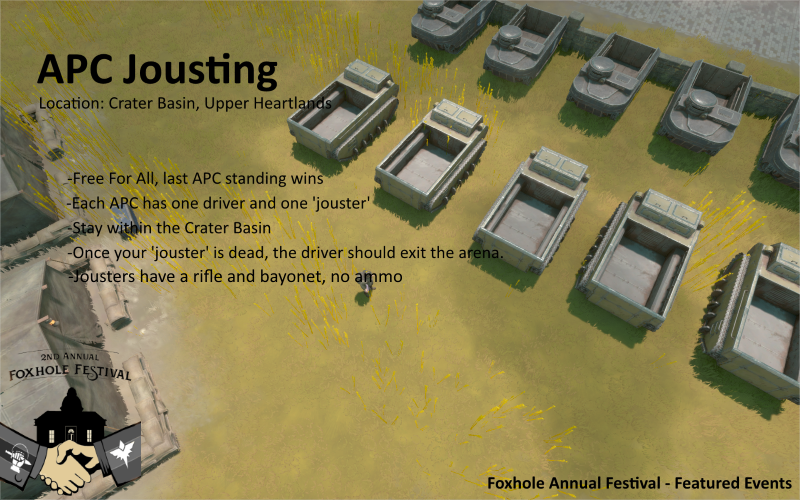 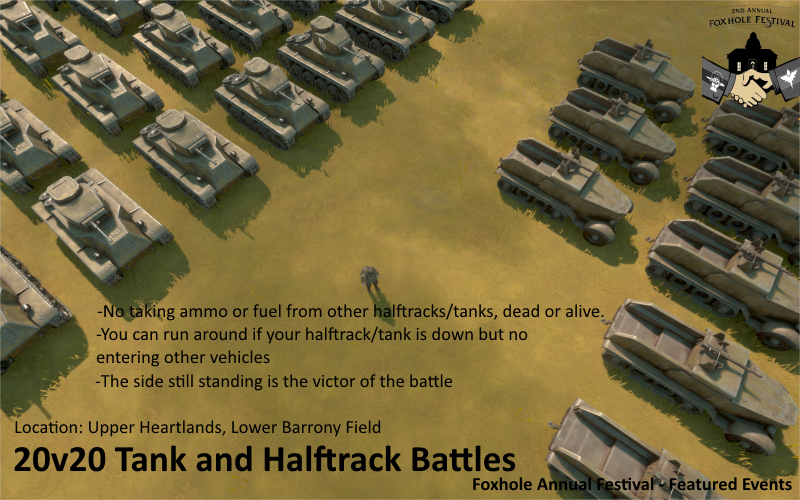 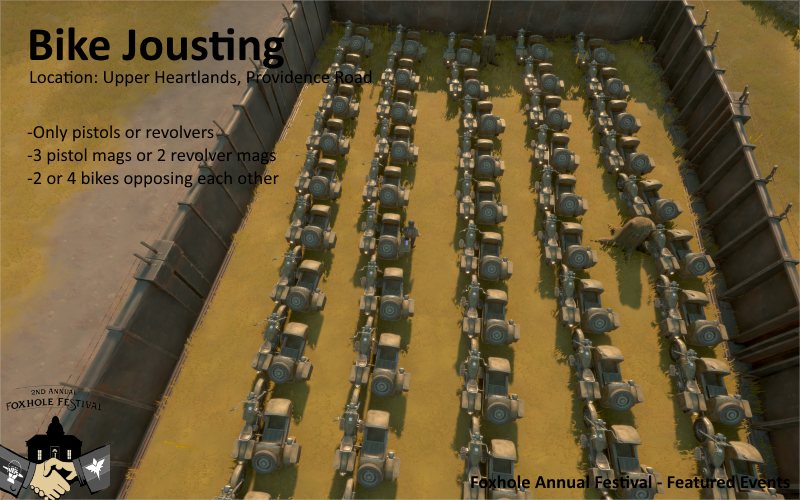 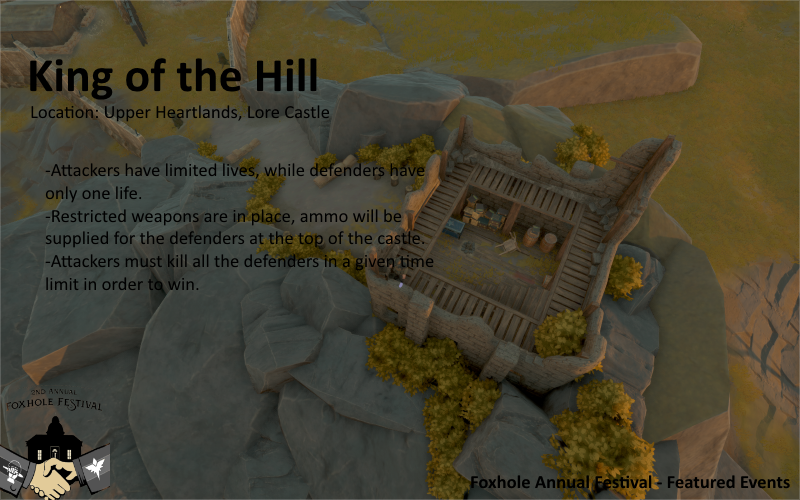 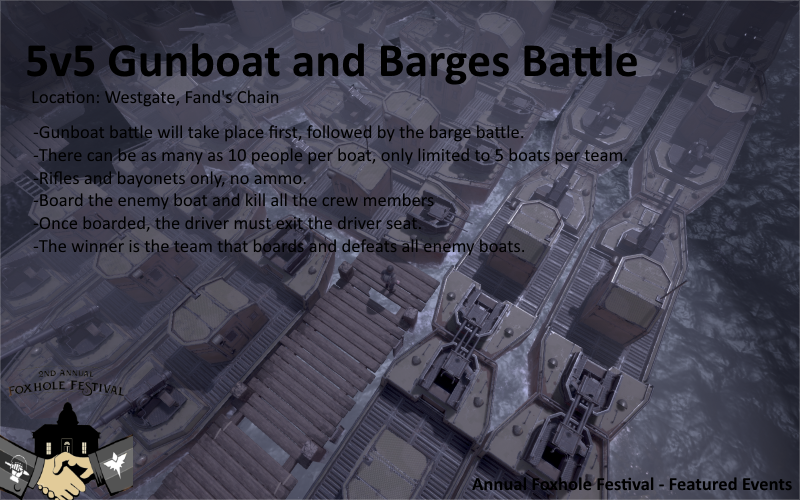 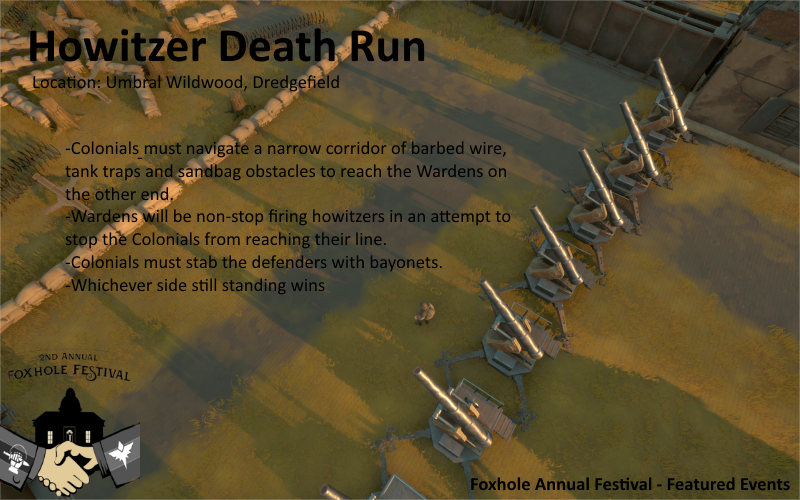 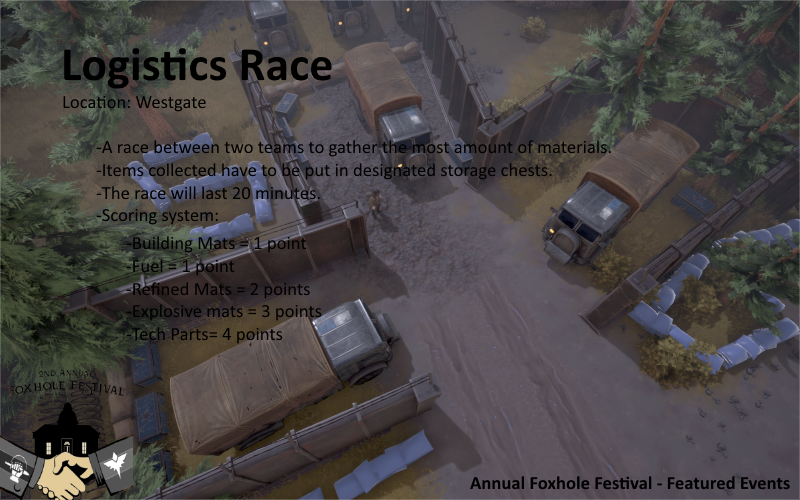 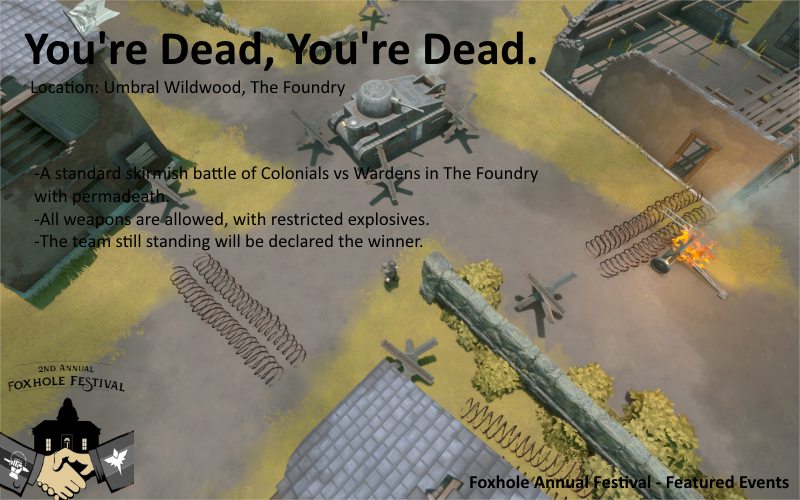 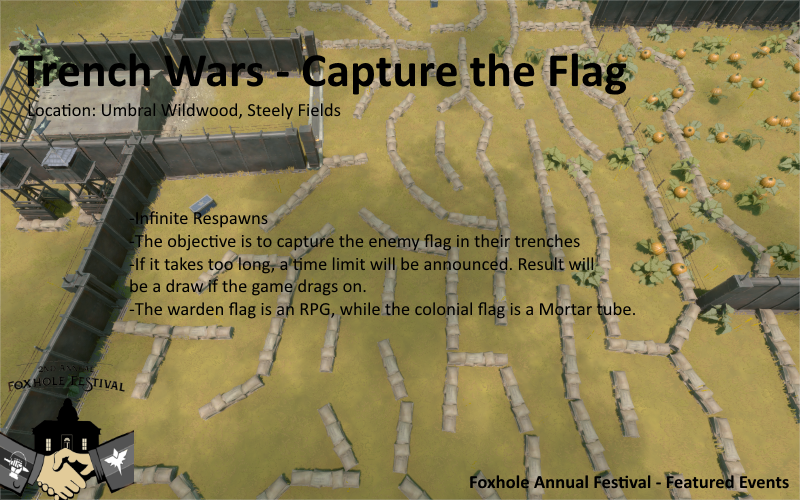 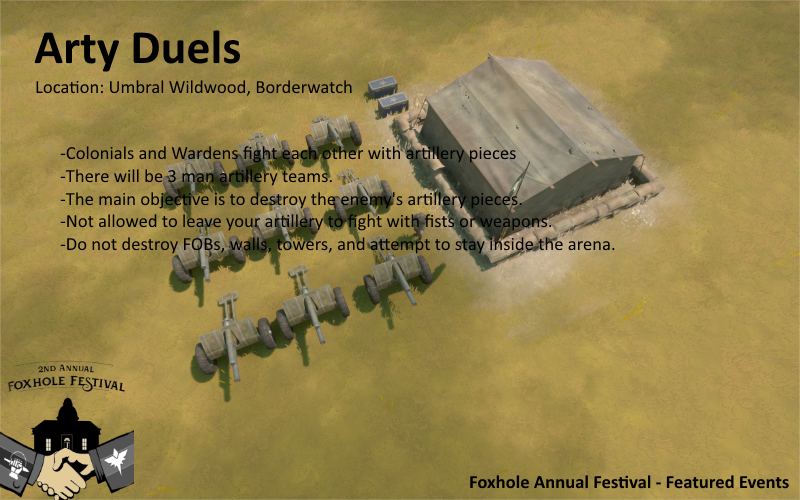 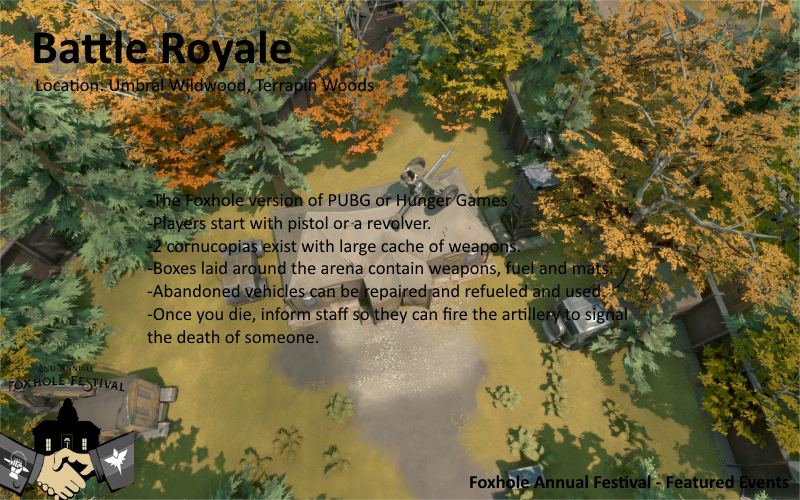 These are the featured events that were hosted during the festival!

Here are some screenshots of the events themselves!

Here's Vividly displaying yet another one of his many talents. Work in progress, but I thought it needed sharing.

Not exactly the most exciting video in the world, but it shows the kind of teamwork that Foxhole requires to be successful!

Every so often you find one of those bugs that makes you think: what if space program...

One of three videos by kamikadze showcasing his foxhole skills

And the director's extended cut!

This was so classic. I couldn't stop laughing... Please do this for every dev stream.

Get out of your foxhole and fight with your Bear Hans, you coward!

its videos like this that make me feel like im getting old and I just don't 'get it' anymore... crazy kids and your psychedelics....

Of course, none other than Morocco to convince a bunch of Colonials to let him live.. Careful guys. His fists are like bullets. He doesn't need a gun to kill all of you

I love this one. A great take on an old quote.

Give up, no. But stand on a beach looking THE WRONG WAY WHAT ARE YOU DOING GET UP THE BEACH.

That disembodied head is far too pleased with himself.

If there weren't any memes about the warden armoured car, I would wonder what we did wrong...

So no. No the vehicle wasn't God Lord HB. Close guess though.

There's rubbing salt in the wound...

More salt. Come on! (The colonials won the war right after this one, by the way.)

I almost didn't see the Foxhole reference in this one.

But the Colonials never stopped their recruitment drive, and now there are more casualties than any other war, on both sides.

Alright. That's it. Remember that this Highlights only includes things up until last Tuesday. There is more amazing art coming down the pipe and we're looking at all of it. It motivates us to keep going and helps to break up the day. If you haven't been looking, check out the #Creative-Streamplug channel on the discord for more of this amazing content.