There's a lot of great ideas for written submissions for the fan art competition in this community highlights. The 1,000 word limit has proven challenging for a lot of people, but take a look at some of these written submissions to get some inspiration! A story doesn't always have to be an epic. Letters to the front or poetry are all accepted. So get those in! The art contest deadline is almost upon us March 9th.

I really wanted to feature a lot of the world conquest stuff you guys have been making. The test has clearly given many of you a lot of source material to work with, and I wanted to make sure we got it in here for everyone to see.

Gettin dirty, lookin' not so good! 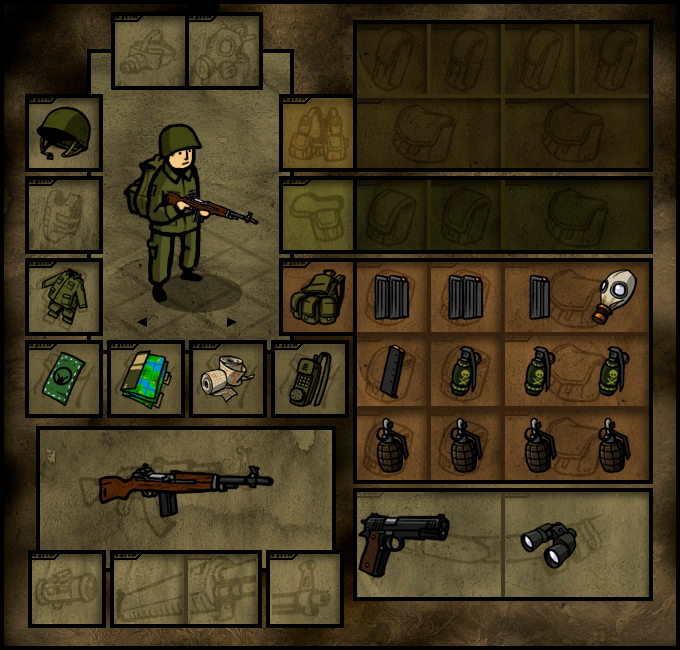 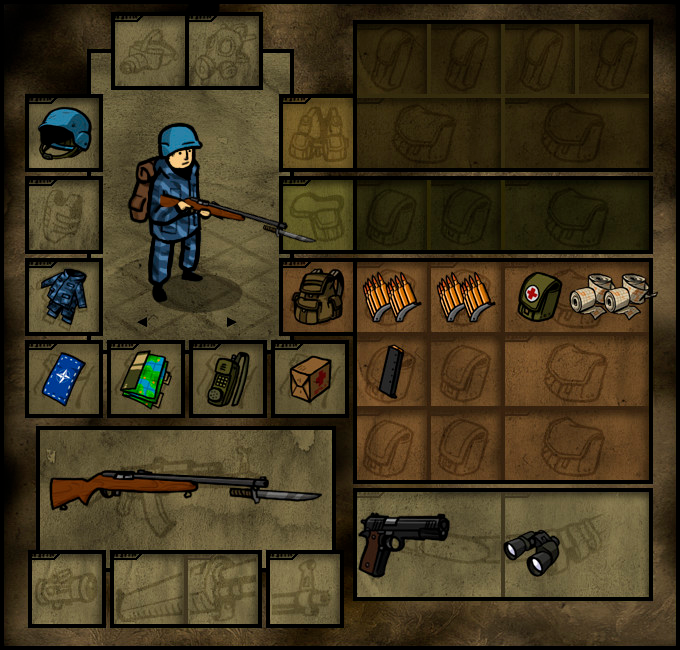 I really love the thought and effort put into this suggestion for an inventory scheme. Looks really good!

There's a really good portrayal of depth here, and comes at just the right time with those new trenches we've been working on.

By: Konrod, Coloured by Padfoot

A mobile spawn point and recon vehicle. Really cool concept, and even better that you have this rendering to show us what it would look like.

Senpai is definitely noticing 82DK-chan in this beautiful piece of art.

That's not how you properly square away your HE grenades! 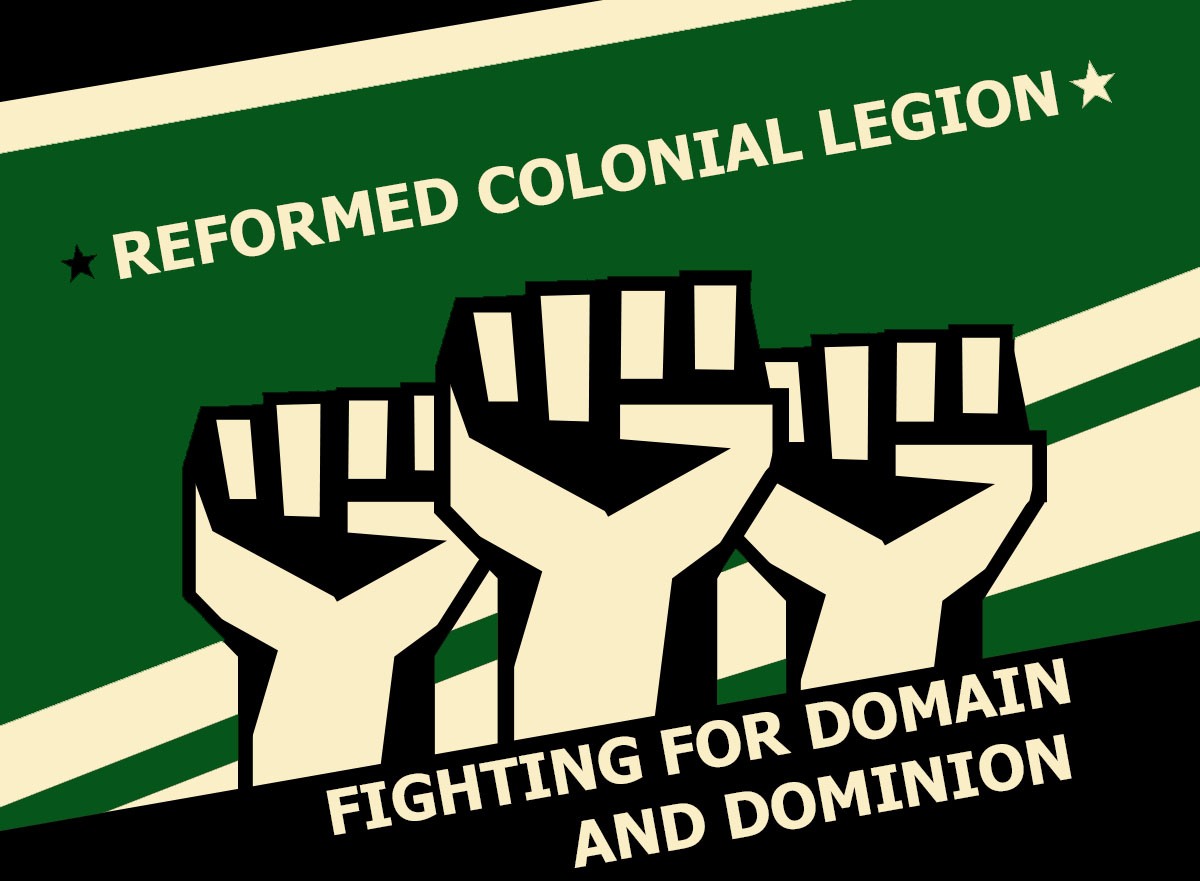 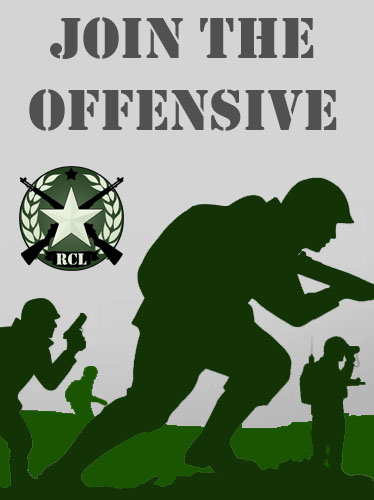 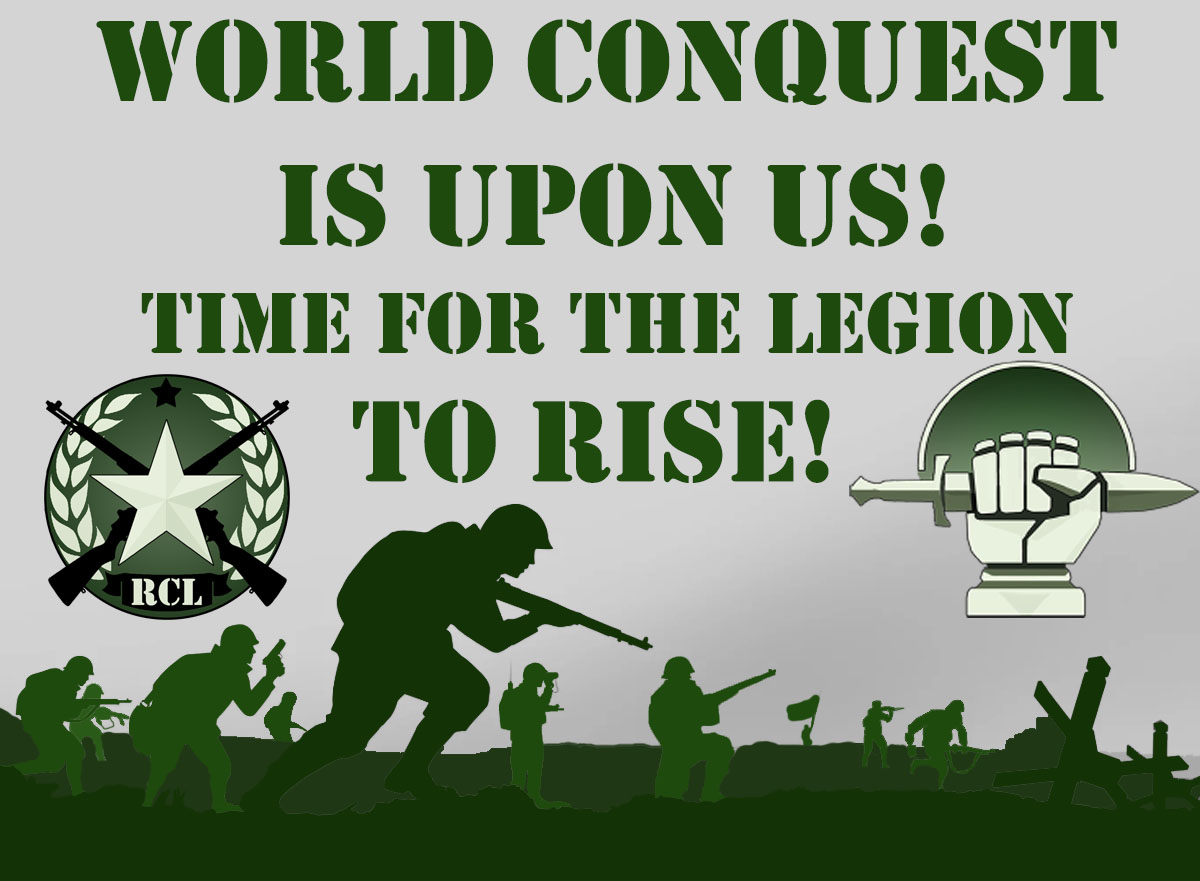 By: The Hoodied Thief

The Reformed Colonial Legion [RCL] has been going hard on these tests. Viva la Colonia!

Loose lips sinks barges..... or something.

And drive on the right side of the road! Yeesh! 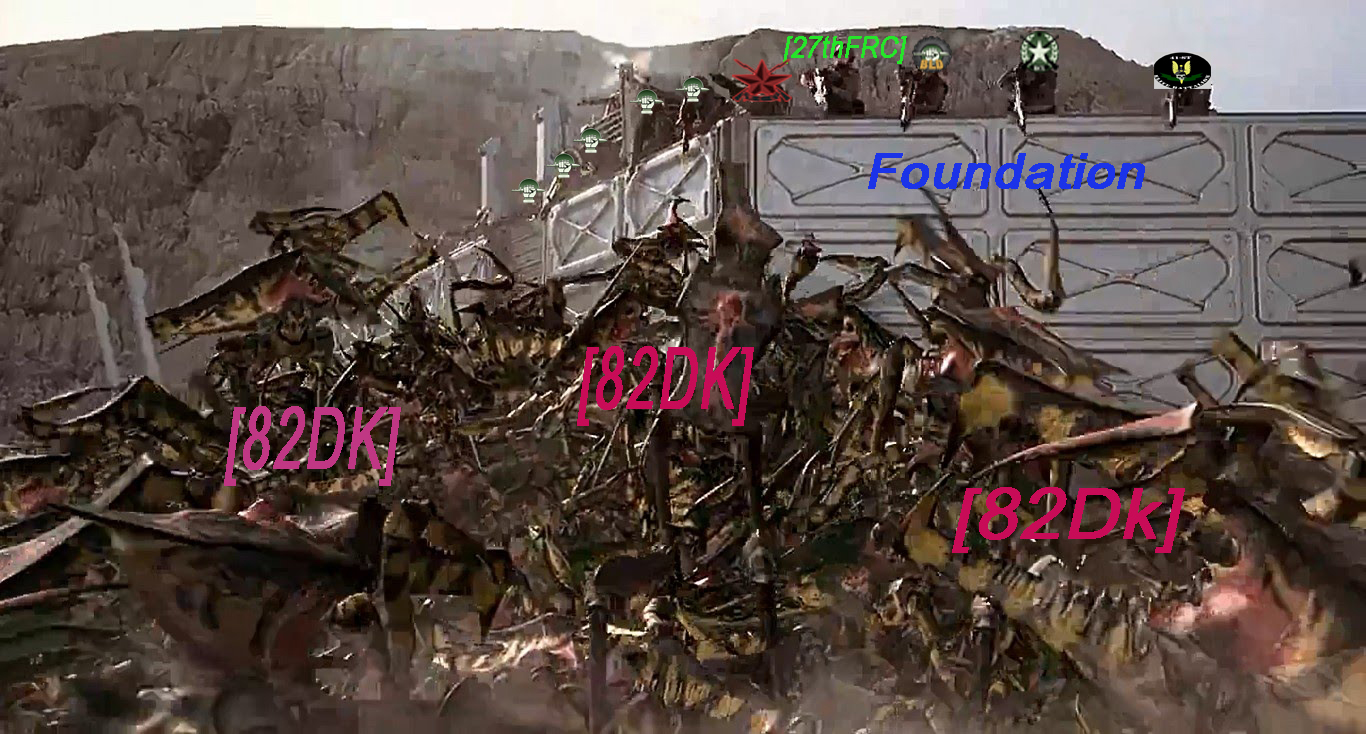 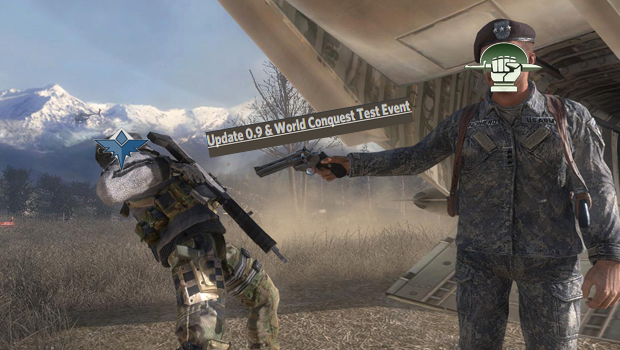 These are some accurate memes!

Keeping men alive is not a duty of war. It's a duty to humanity!

An Analysis of the data from War Correspondent.

This one is a little long to post in here, but here's the slides that Kastow put together from the War Correspondent 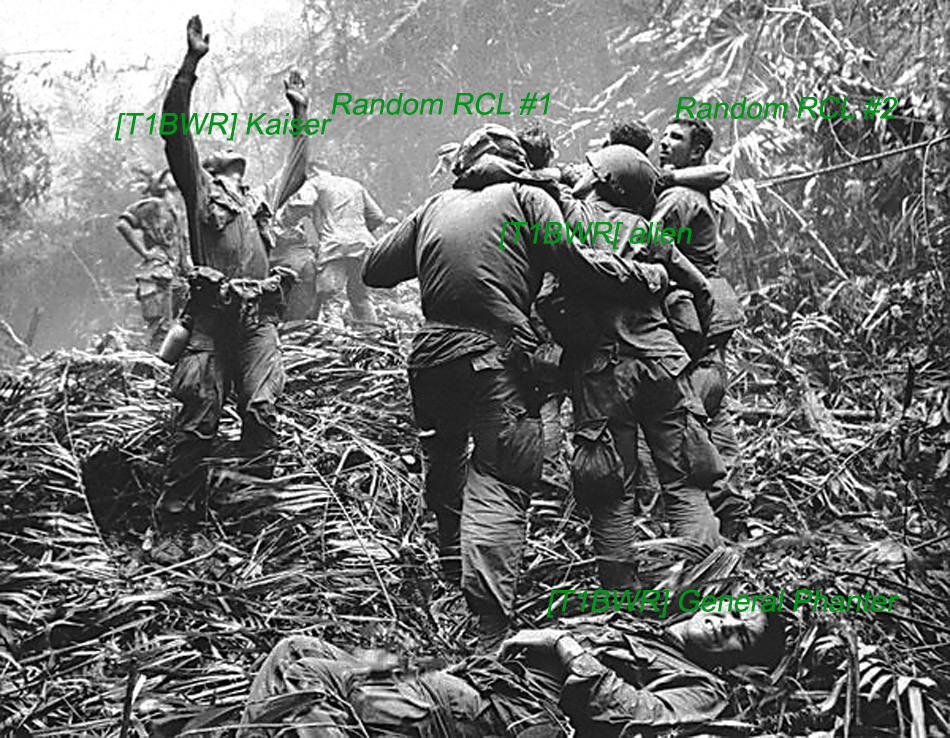 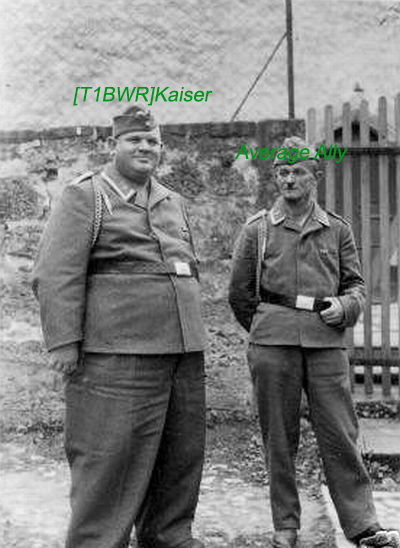 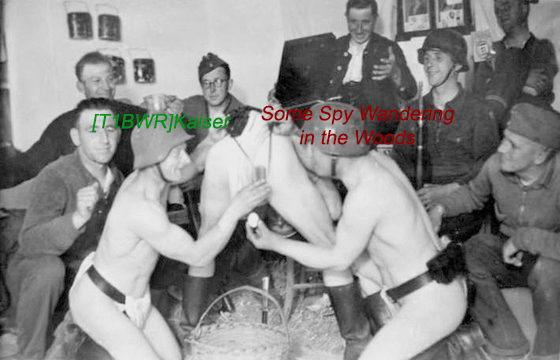 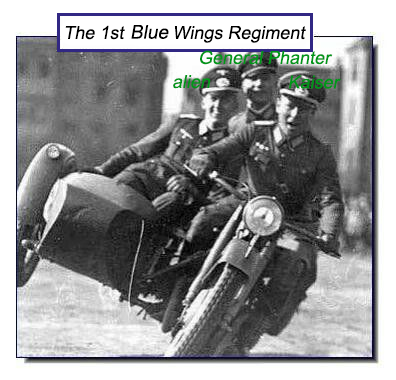 By: True The Summoner

Photos from the front of our valiant soldiers fighting in World Conquest. 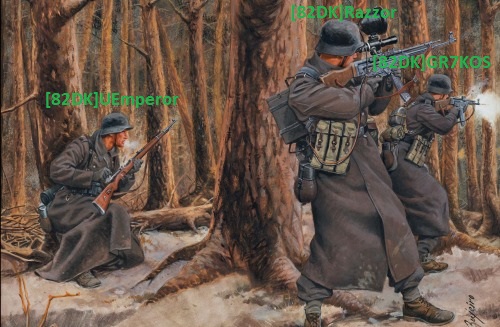 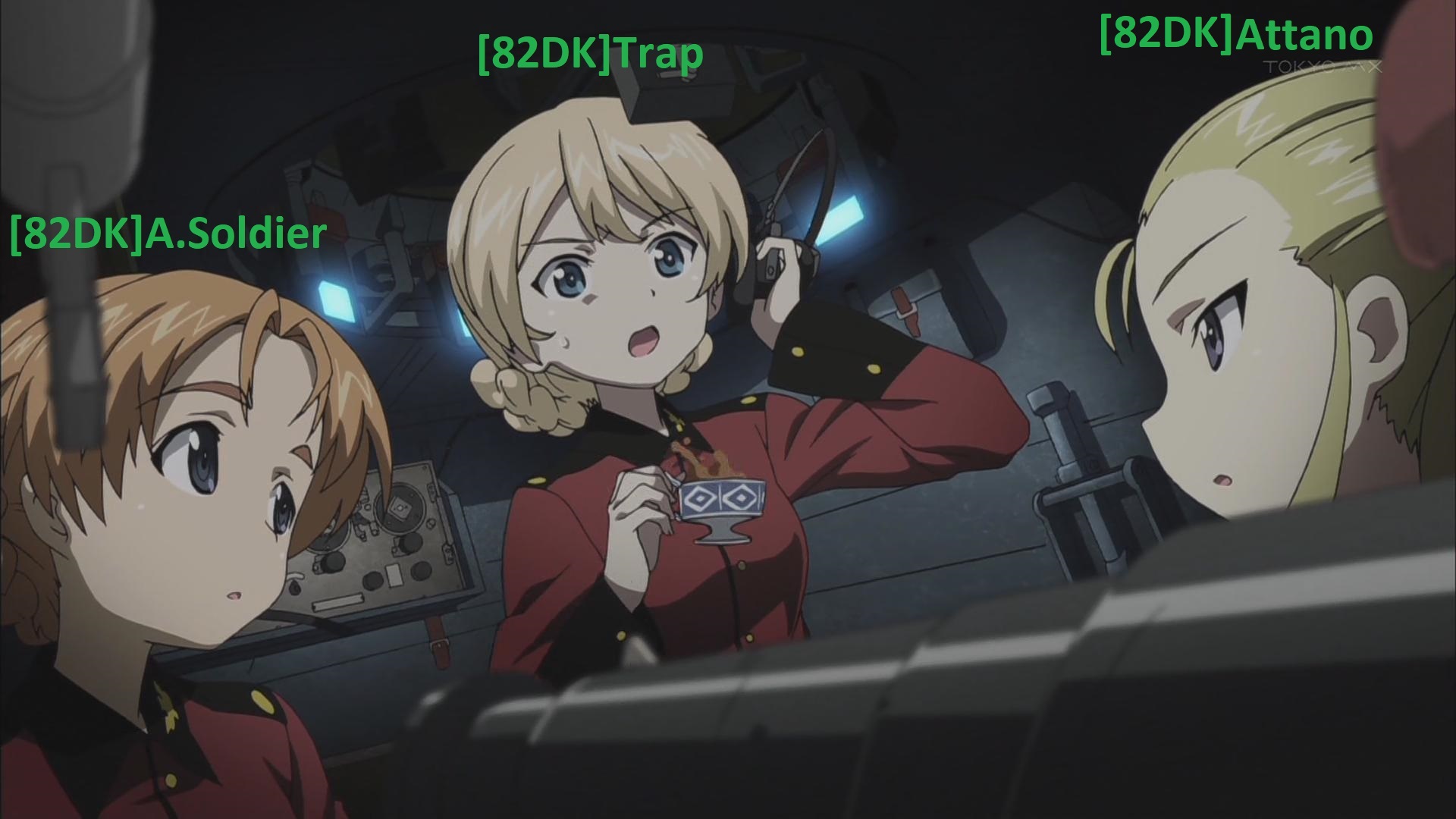 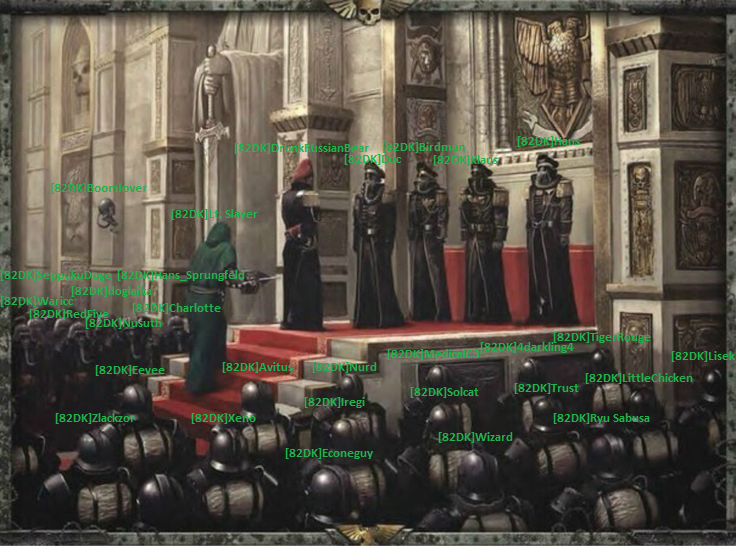 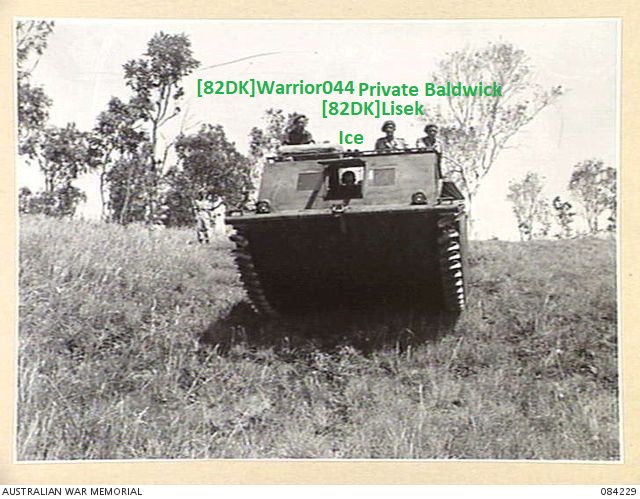 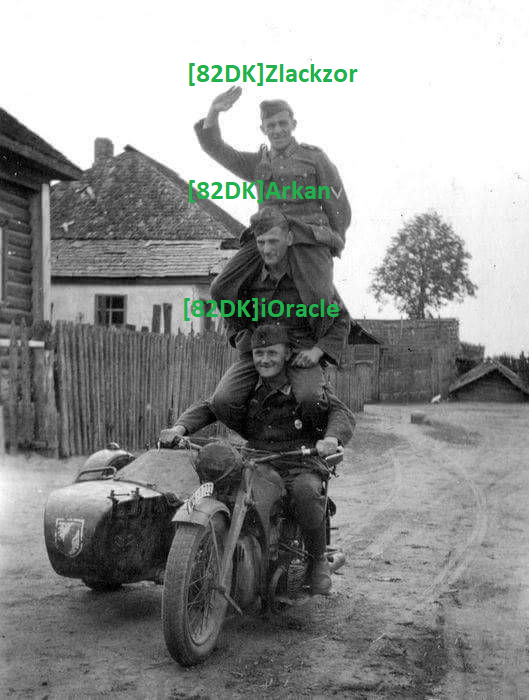 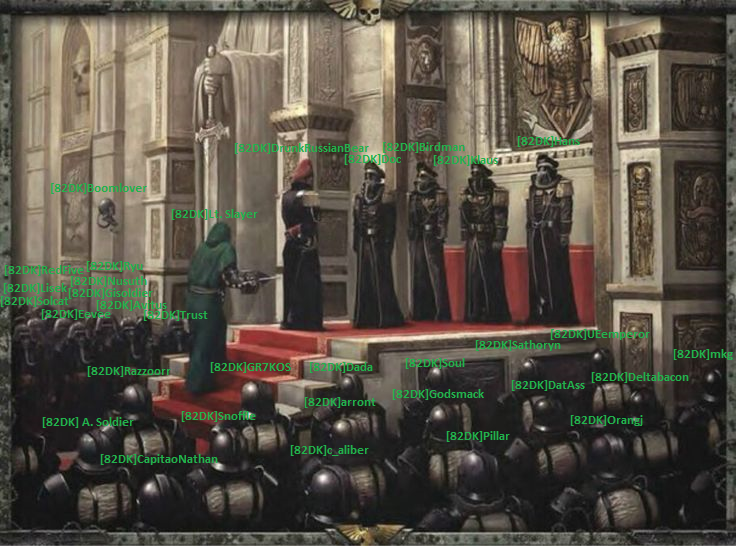 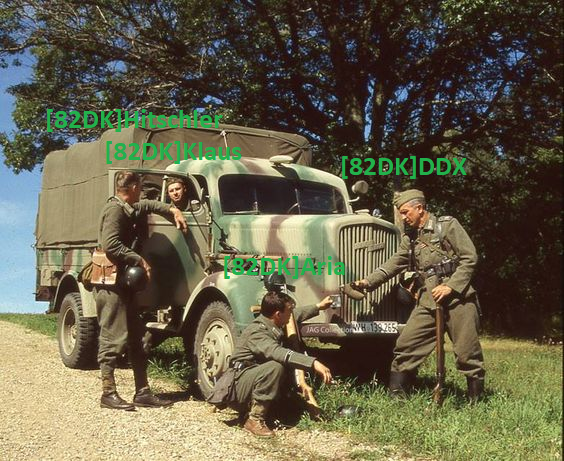 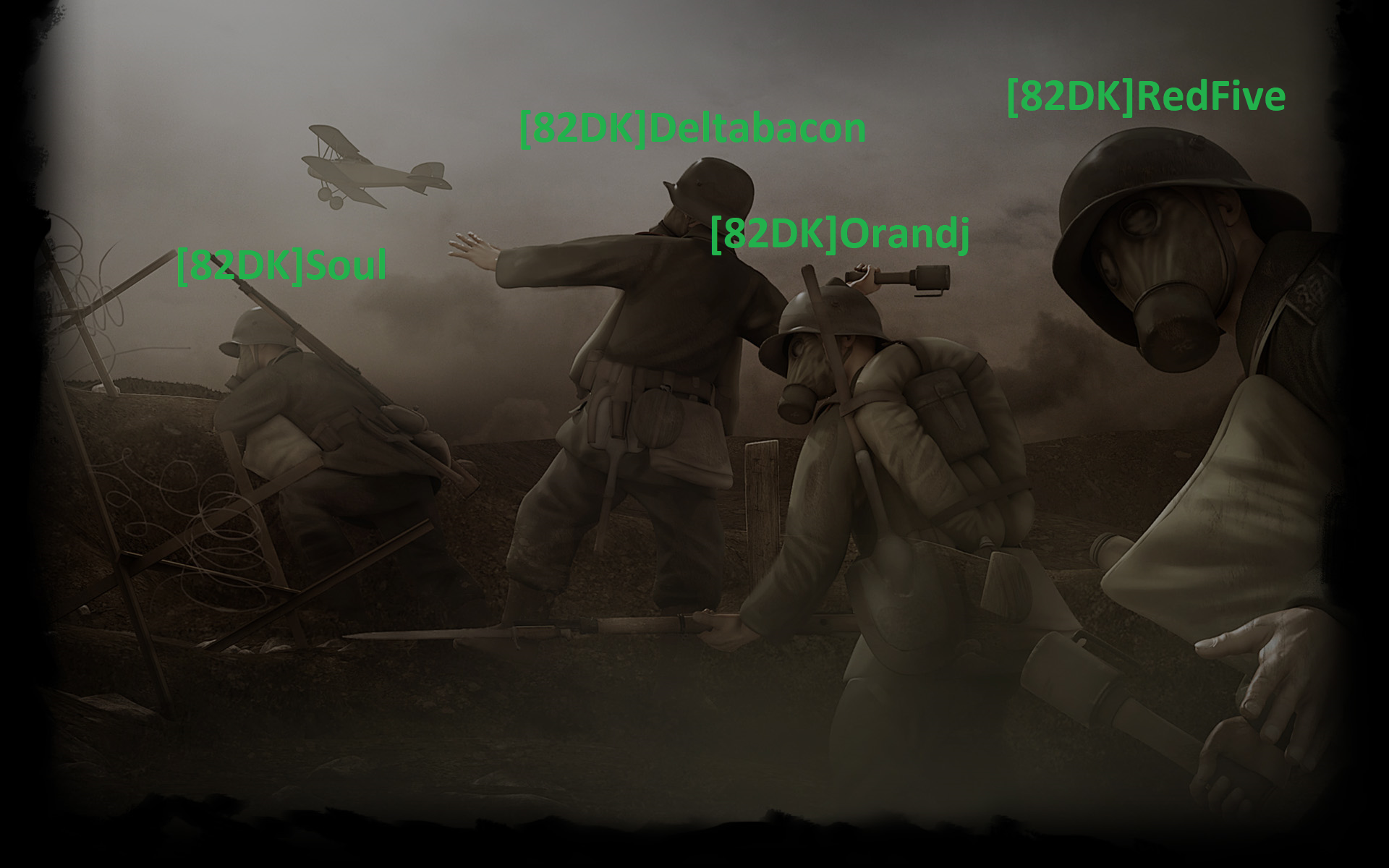 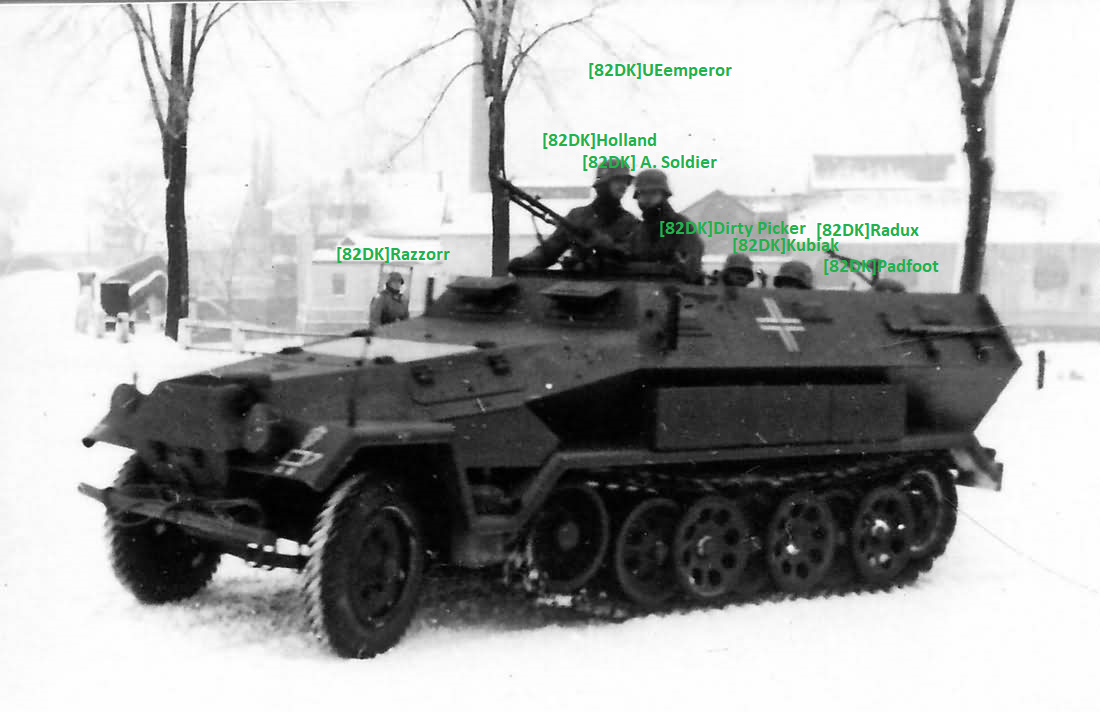 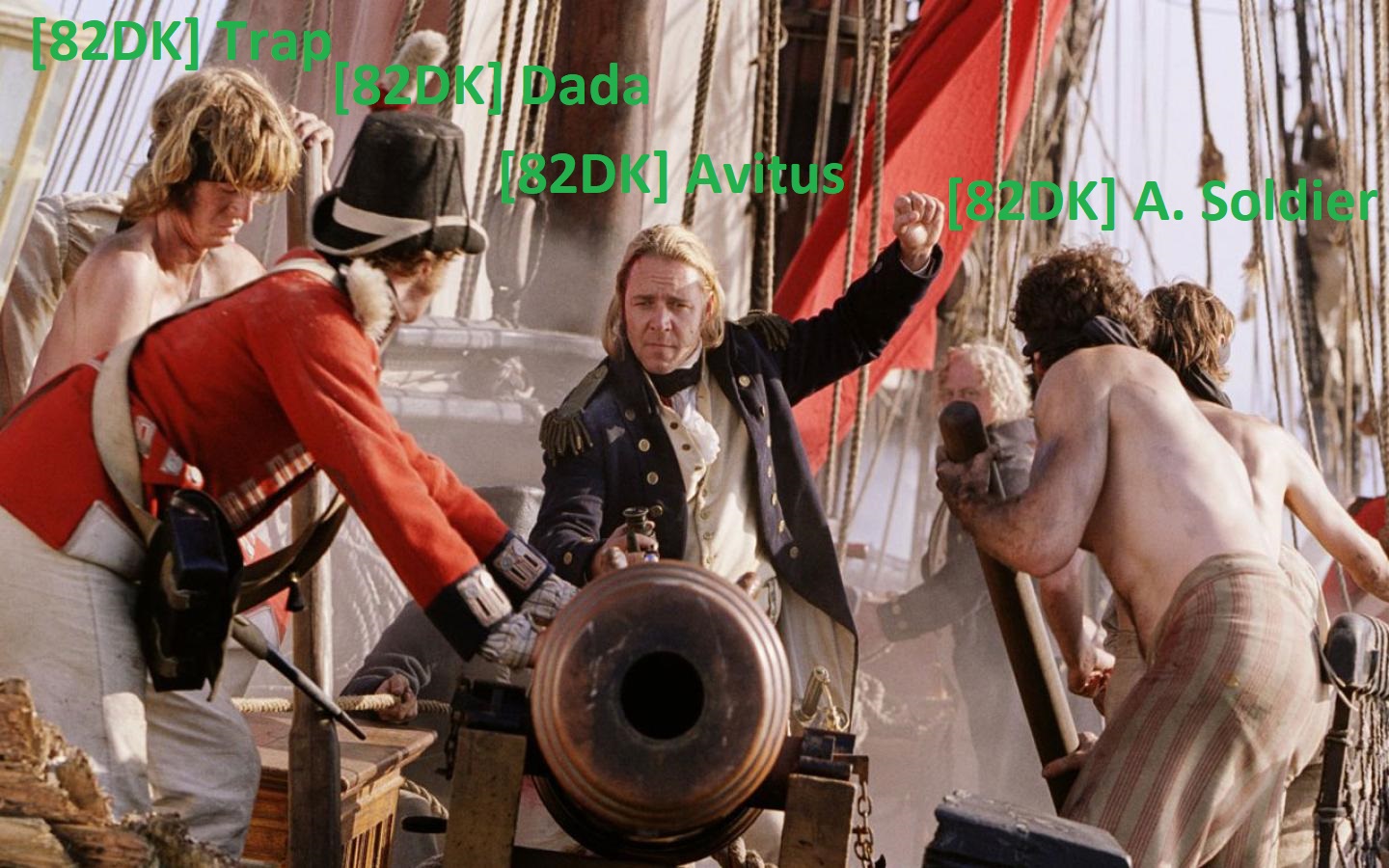 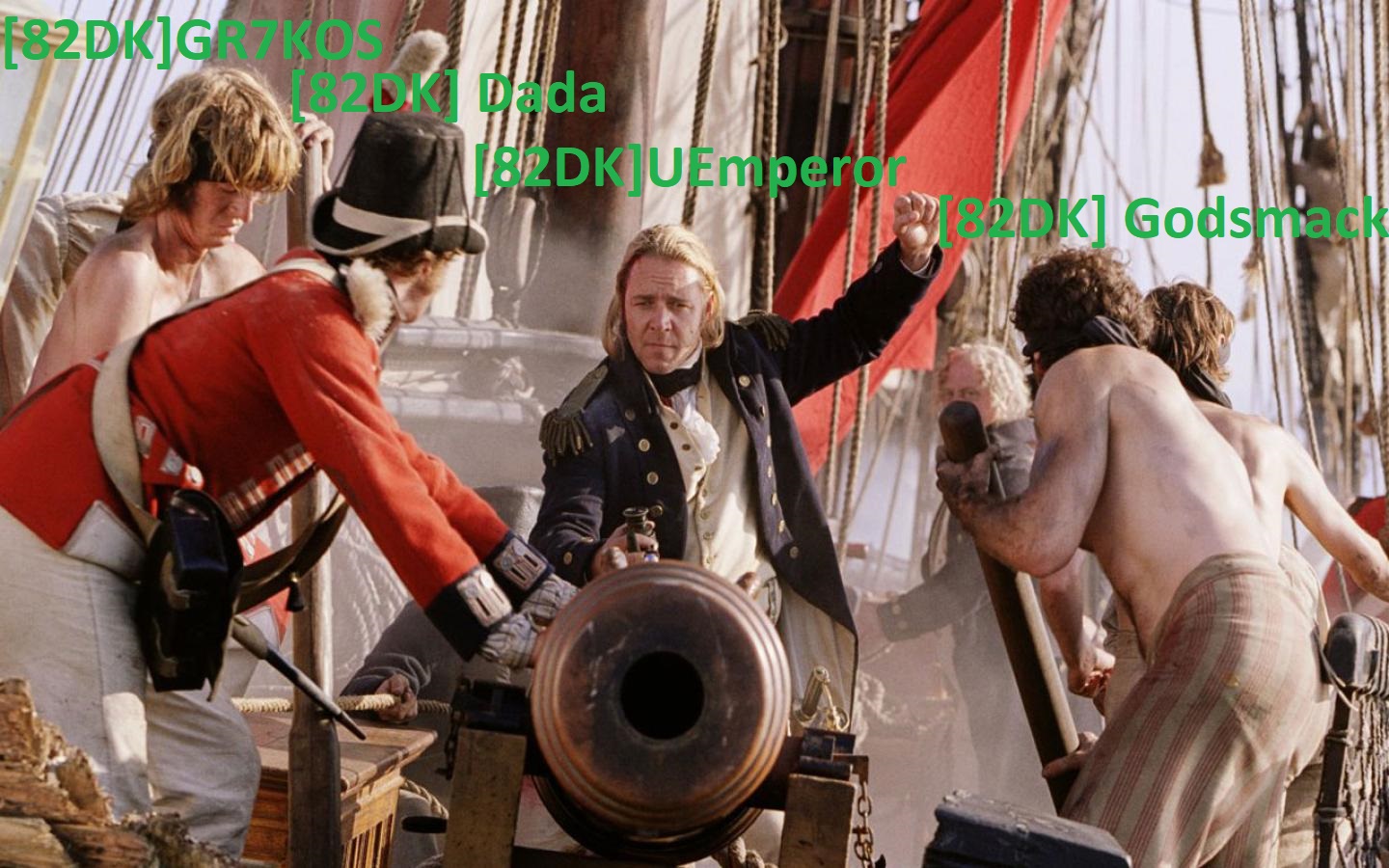 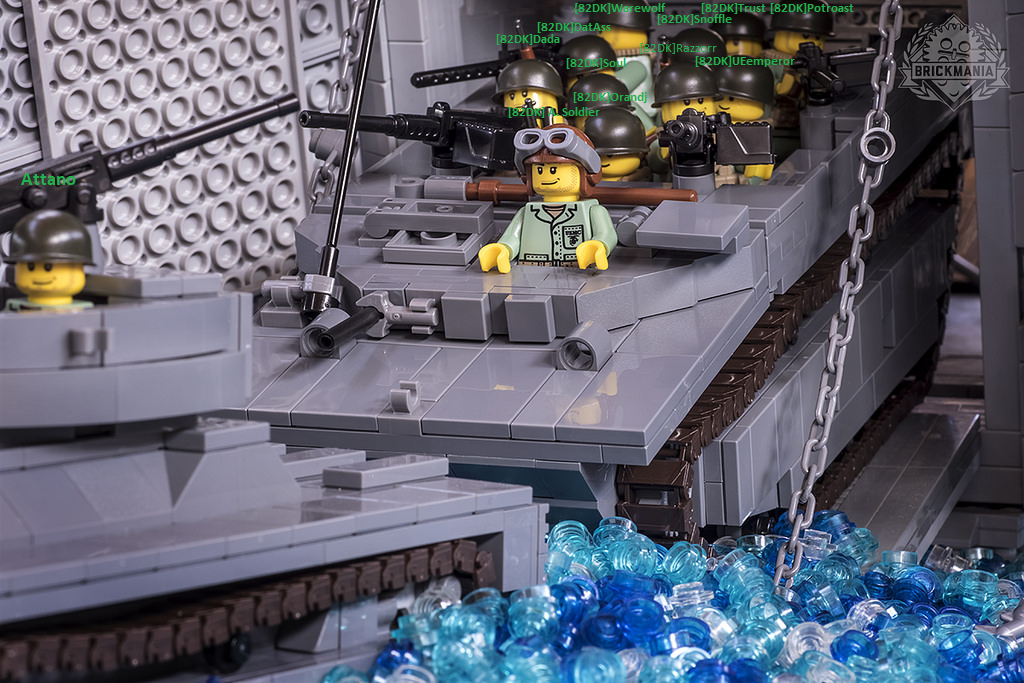 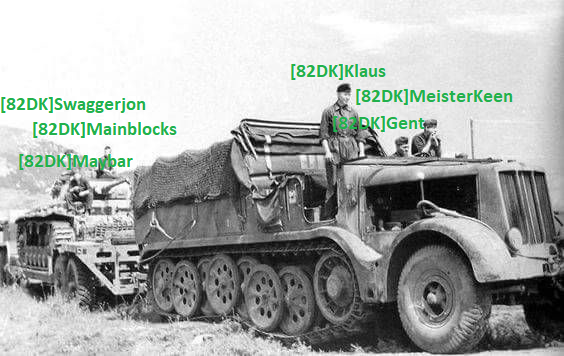 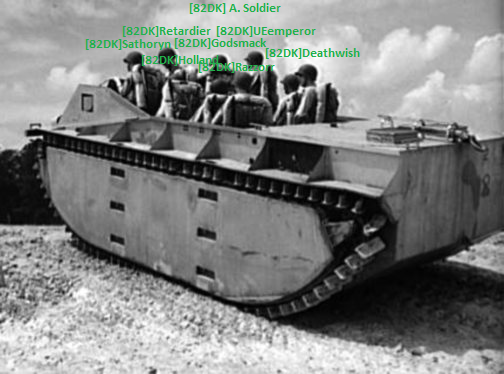 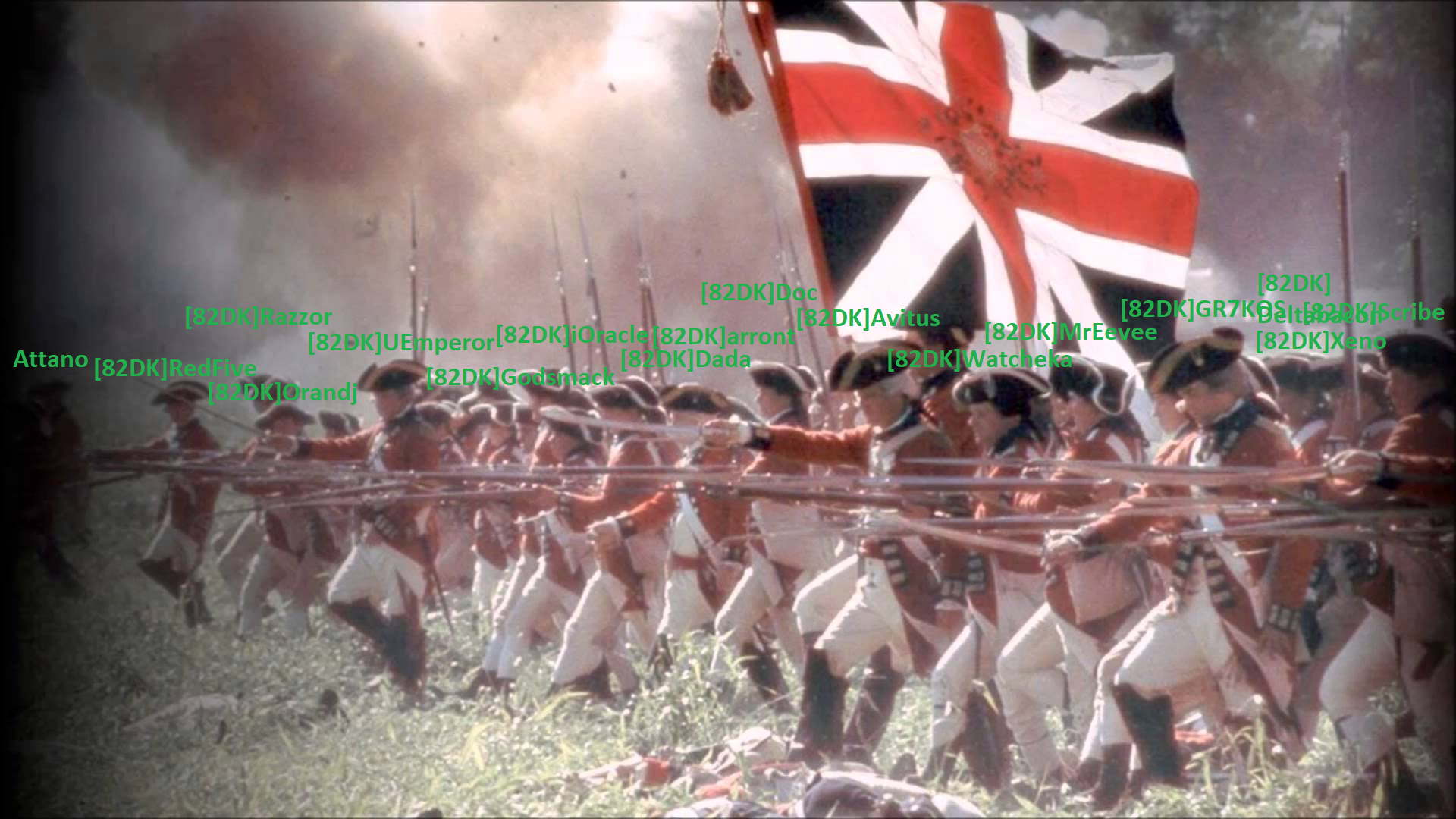 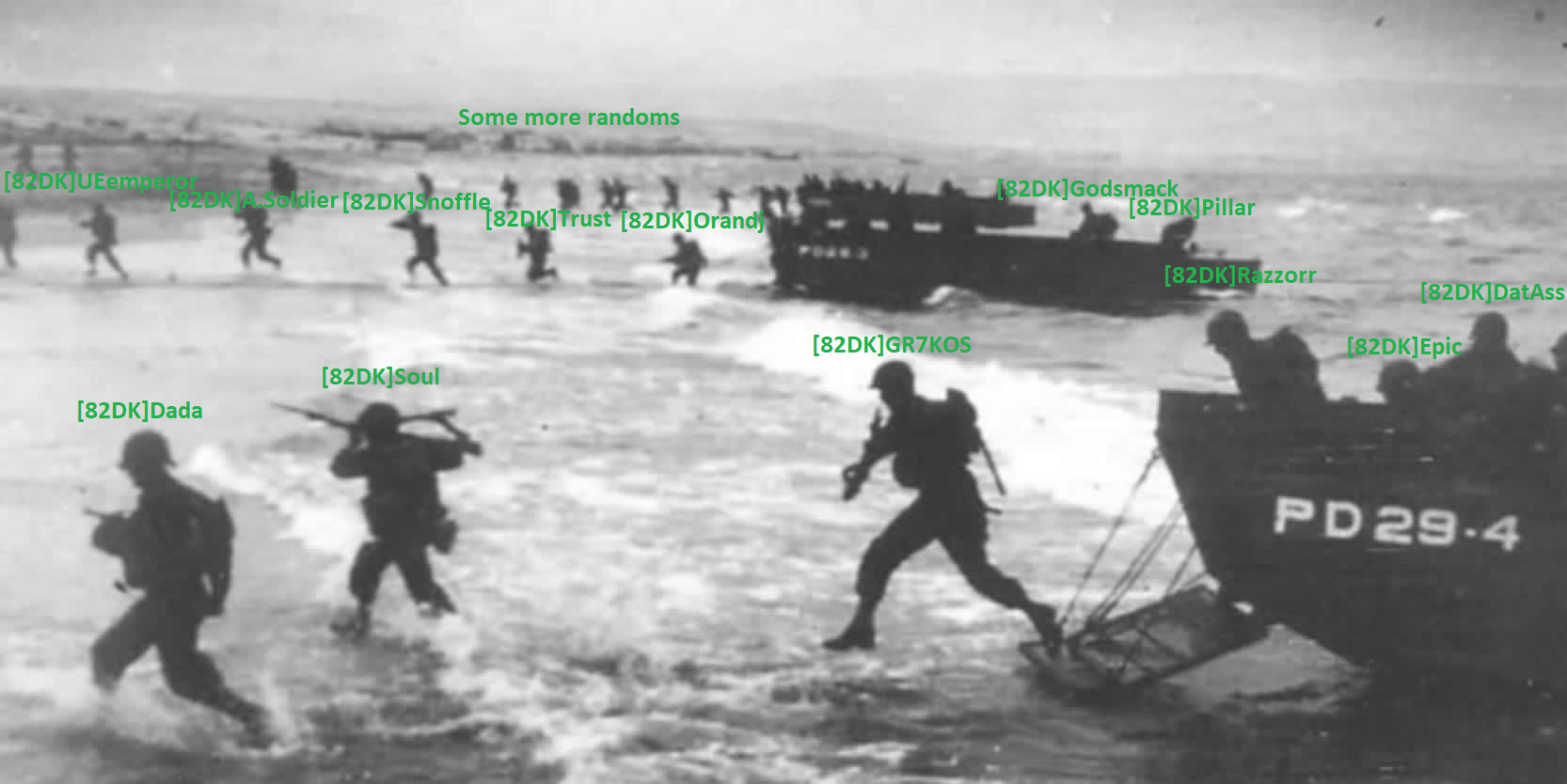 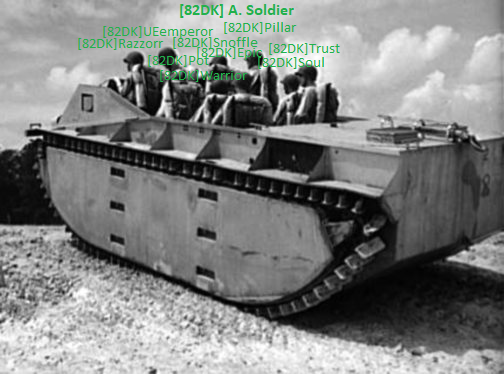 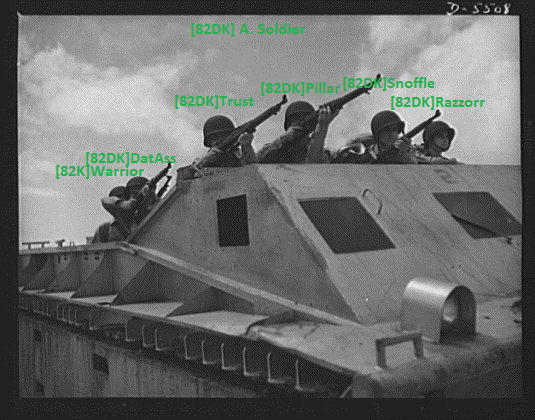 There are, of course, war photographers on both sides.

This is a really creative way to tell a story, without breaking that 1,000 word count for the contest. Take note, writers!

“It’s so calm here, it’s nothing like home with all of the people and the cities and ports. No, here this land is quiet and still.”

Says the soldier as he continues to stare out to the vast golden field before him and watch the wind make the high grass move in waves as if it was a blonde ocean. “It is barren is what it is. Barren and dying. Only

grass can grow here and that forest over there.” The soldier points to her far right “That forest is half cut down

“This land is rotten.” said the other soldier. She didn’t turn to face her comrade. Only looking forward and continuing to eat her lunch.

The Roses of Thea are one of the oldest and most enduring outfits of the Grand Colonial Army. They were formed immediately after Thea Maro, the legendary legate finally succumbed to White Chapel fever. All the soldiers who managed to attend the funeral of Thea were given a choice by Thea’s lieutenant to join the volunteer

group without delay. This regiment would carry on Thea’s memory in death and wield her banner as fierce and

mighty as she had in life. Yet, the Roses of Thea had never fought a battle.

Since the regiment was formed without the approval of GCA Highest Command, the generals had a problem to solve. They could not disband the outfit since its popularity had reached even the home islands and they could not use them to fight because if the outfit suffered a defeat or was even annihilated morale would drop across the front. It would be as if Thea had died a second time. Thus, Highest Command instead chose to have the Roses of Thea carry on her memory forever.

Eventually, the outfit became a place where the sons and daughters of the elite of the home islands could be put and be in relative safety. The regiment was a ceremonial outfit either doing inspections or welcoming a new legate to the war by standing in formation outside the ports in full dress. As the war dragged on the memory of Thea began to fade but enough lingered so that the soldiers could still not be used in any offensives. Thus, the Roses of Thea became builders and drivers and guarded towns where the enemy had not been seen in months; they did everything in the war except fight.

The soldier finishes her lunch, takes off her helmet, and looks at the black rose insignia on it. She thinks this is not the worst place she could be right now. Without a word she motions to her lunchmate and they both begin to head back into town. Even though their lunch break ended long ago they are the first to go back to work. Most of the soldiers even the officers never follow mundane regulations such as the “only a quarter hour for lunch” rule. As well, it’s not like their work is of any pressing matter. This week, they’re over armored mailmen and are waiting to deliver personal packages to a forward base in the north. Right now, the current orders are to inspect the packages and wait till the road is absolutely clear. What’s there to inspect in the mail? Sweets? Letters from family? And it can take days till the route is secured. Days with nothing to do.

While the soldier prepares to take a nap and wait for the rest of the outfit to come back and wake her up, the other soldier decided that it would be best to take a blanket from the officer quarters and return it before anybody notices it. He closes the door behind him and she tries to drift off into sleep, but she can’t. She has done nothing today that has tired her or anything for the past month. Then, she hears someone running outside the tent. It’s probably the fool himself trying to escape an officer’s wrath when he got caught. Then, the soldier rushes back and stops while holding something in his right hand. He lifts the object up and presses the button so that it can receive transmission.

“-mander of the Endless shore region offensive. We are sustaining heavy losses on all fronts. We cannot reach Highest Command in Westgate region. I am ordering that all regiments in the Umbral and Deadlands region respond. I repeat. This is the commander of the Endl-”

The soldier hands the radio to his comrade and asks what they should do since technically, she’s the higher rank. After, staring at the radio for a few moments, she storms out the tent so fast she forgot to put her boots back on. Running out into the fields, she screams for the nearest officer who is still taking their very long lunch. When she finds an officer, she hands him the radio and the message is still playing. The officer takes off and runs off to find his superior. The soldier looks at his friend confused since they were not given any orders. They decide its likely they’ll be moved closer to the front but they’re not sure how far to the front and they prepare their gear to move out. The order to mobilize is given in the middle of their packing and once they’re done the pair don’t know where to go since they’ve never practiced a mobilization before.

As the soldiers scramble about town some are rushing to find their weapons which they’ve never really used, others are just now coming back from lunch and confused at the mayhem. As they try to find the non-existent rally point they realize that instead of the officers gathering up their personal squads are just shoving everybody into the nearest truck and then telling them to drive north. They end up on the last truck out of town and the officer with them tries to communicate with the other trucks as to where they are gathering. As they pass by the town’s entrance they see the mailbags they were supposed to deliver still in their shed.

This reminds me of the guard from Attack on Titan, safe behind the inner walls.

Howitzers are so OP. And now they have an APC! I spawn in... and I'm dead. I want to bash in my head. The Wardens howl as they throw their HE.

Shells fall from the sky. Our Townhall is about to die. Our supplies are slim, the light of our fire, dim. I log out with tears streaming from my eyes.

You must have deep passion, for there to exist such deep sadness!

I know its rare that a game gets this far, but it's true! Foxhole does have tanks!

Our resident APC expert expands his arsenal to Jeeps!

Some great (and not-so-great) infantry gameplay!

Hahaha - those sound effects are spot on.

Right before the enormous 82DK convoy launched into action.

We were thrilled to see all the wonderful content coming out around the one world update, and even more ecstatic to get all your feedback. Remember that you can always chat with us on the official discord about the art, the game, or anything really! Just hit us up.